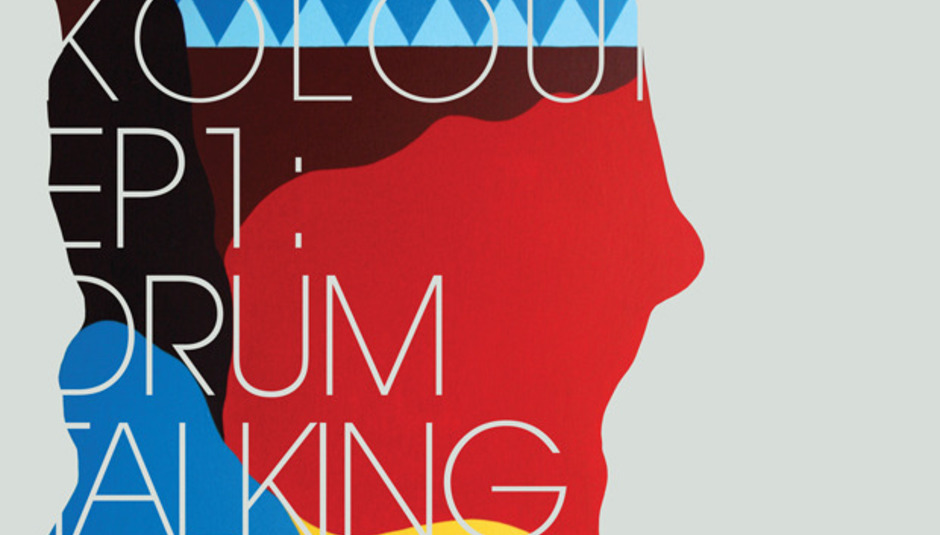 This week's selection includes some polyphonic vocalisms by way of Mauritius, music for Friends montages and another bit of free verse Because I Felt Like It and Because I Say So.

One Handed are one of perhaps ten labels I trust almost implicitly, however oxymoronic that may sound. This means I have to Do It Properly and listen hard to their releases, rather than making a snap judgement based solely on the aesthetic perfection (or otherwise) of the sleeve / inanity of the press release / hairstyle of the artist. And although you (as in, you) should never underestimate the transgressive joy of frisbeeing a promo CD into the bin based solely on an ill-chosen font - especially if it plops, satisfyingly, like a fantasy Jordan dunk – you would be plain wrong to glance over what is happening here. It will appeal to those of you drunk on the joys of Tune-Yards, it will ring McFerrin bells in the heads of those who like their vocals polyphonically looped into something woozily other, AND it will vex those who think songs like The Beatles’ ‘Blackbird’ should not be messed with, like, ever. It is also blessed with beautiful artwork by a Swedish artist called Etka.

Mini Mansions make the sort of music I like, even though the leading chap sounds like Elvis Costello doing a jaunty Squeeze number. Then they bound off to a close-harmonied playpark which has busted speakers where the seesaws should be. In fact, everything about their single screams radio, from the escalating middle eights to the descending wibbly Beatles-in-kaftans bits. I am fairly sure if you like Brendan Benson at his most FM you will thoroughly enjoy this.

Wiley old chap, would you mind awfully giving us a masterclass in sparsity and propulsion? Excellent. And could you also be a darling and show us what a modern video should look like, with a perfect bit of clean design elegantly made manifest? Oh, you are good.

Donae’o is a favourite of mine for flimsy reasons; 1. I like MCs who giggle, 2. I think punctuating records with glass smashes is an excellent idea, and 3. He writes lyrics like ‘Alert the Captain that the dapper’s on deck.’ And no, it’s not as good at 'Riot Music', but it does have a rather sweet line about a ‘Zara shirt with the beads on’ that presumably Donae’o thinks he looks rather smashing in. Maybe you need to see it on.

Death Cab For Cutie - ‘You Are A Tourist’ (Full Time Hobby)

I shouldn’t really like ‘You Are A Tourist’ because in many ways it is the soundtrack to a Friends montage in which the one with the hair tells the gelled, droidy one to jog on, despite actually wanting to do The Sex with him. It also has the sort of broadly expressed, widescreen approach to Rock Emotion that I rarely enjoy. All that said, while I want to sentence ‘You Are A Tourist’ to a detention in which it writes ‘I Will Remember There Are Colours Between Black & White’ fifty times, I am going to let it off with a mild bollocking about how I am disappointed in it, in front of its mates, in the corridor.

The 2 Bears feat. Alice Gold - ‘Take A Look Around’ from ‘The Bear Hug’ EP (Southern Fried)

The 2 Bears is a band containing a man called Joe Goddard, and as he is the best one out of Hot Chip and as I have said on national radio that I would like to ‘run my fingers through the curly forest of his hair’, you would think I would lap up anything to which he is connected. Sadly this pash ran aground on discovering The 2 Bears, whose prior releases have done precisely nothing to raise my ardour. Until now, until ‘Take A Look Around’, which has marimba synths and flashes of Josh Winking, and which barrels along rather like Underworld’s ‘Dark & Long’. I listened to ‘Dark & Long’ almost exclusively when I was in my first year at university, until it was killed off when I got into bed with a boy only to find the entire mattress sodden with beer, and him happy to lie on it. This being typical of the sort U-grade, horrorshow saucings one encounters as a student, I naturally never listened to 'Dark & Long' again. Until today. It is marvellous. So is 'Take A Look Around'.

In which Young Knives cannot be stopped, they are chasing Metronomy’s tails and nearly getting a hold but then losing them because those Metronomies, they are fast. ‘Human Again’ has enough jerk and angularity to appeal to those who like their pop spiky; it has its eye-boroughs permanently raised in a suggestive and devilish fashion. And as it claps itself along in what I might point out is quite a quite big-headed way, I nearly feel compelled to add the sound of my own hands. Nearly.

Do you see,
the word ‘trailing’
is quite literally ‘trailing’
on the page.
Here it is again:

before a Seasick Steve video,
a Cheryl Cole hairspray advert
is not one of them.

‘It’s always such an amazing feeling,
when you do any L’Oreal advert,
[this is Cheryl speaking here]
because you feel so connected
to the product,’
she says, smiling.


Wendy is on Twitter, here. If she ever says 'Because I say so' to a child you have her full permission to yank her ponytail. Really hard.