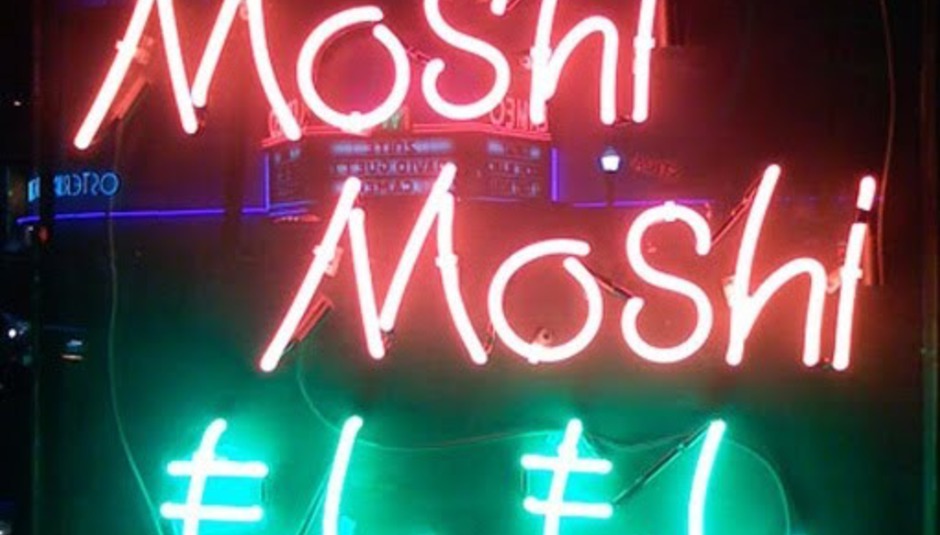 Stephen Bass recalls how his interest in African Music began, as part of DiS' African afternoon. Stephen runs the Moshi Moshi, responsible for releases by everyone from Hot Chip to Kate Nash and Florence and the Machine. Dream Beach Records is a Moshi Moshi Family sub-label, and here are his words...

A couple of things sprung my interest in African music over recent time (although I really know very little about it).

I guess way back, it had always been the influence of Gilles Peterson on the radio who would throw in something interesting, often Fela Kuti related. Quite probably it was be Water Got No Enemy by Fela which would have first got my ears.

Then a few years ago I was very hungover in a strange bed and breakfast in Brooklyn, and this piece of music came on the stereo in the breakfast room - “Mali Sadjo” by Barye Kuoyate Et Les Tougarake – its a nine minute long super intense live recording of some Malian musicians with a wild Kora solo (check some out here) and it had a pretty weird effect on me, really profound – I couldn’t quite work out if I was having a breakdown or an epiphany but I tracked that song down and didn’t listen to much else for a while.

Two other songs also that really got me hooked are Toumani Diabate’s 'Mali Sadjo' and Amadou & Mariam’s 'Sabali'.

The other big thing for me was the first The Very Best mixtape which was released online for free and I really loved. We ended up signing their album proper to Moshi Moshi - it has become one of my favourite releases of ours, and one that I am really proud of. I guess I just like to hear music which is different and informed by the unfamiliar, something inspiring and interesting. Certainly a while back in England everything was very Beatles-influenced and I can remember being bored stupid by so much that I was hearing and at that point I started listening to a lot of other sounds including at the time a lot of eastern european gipsy music which was like a breath of fresh air to me.

When I heard that Ed was planning the label I was very excited to be involved – he is a bright, dynamic human being with a lot of energy and certainly a lot more knowledge than me about this area. My hope for Dream Beach is that we can bring some of this music to the attention of a wider audience, I think its appeal is broader than that of the traditional world music market and I want to try and build on the current base and encourage a new, perhaps younger set of listeners to explore these artists and sounds.

I listen to music sonically first off so am not so bothered by the language issues, as long as it sounds good I’m happy!