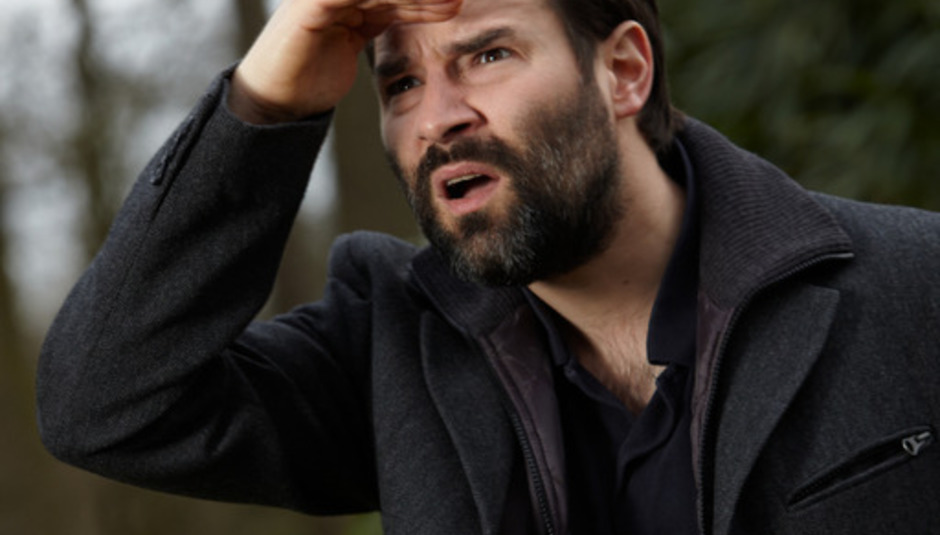 Bad news for Adam and Joe fans; it looks like we're never likely to see another TV series from the pair.

"Mine and Joe's paths have diverged now," says Adam, speaking to DiS from on top of a hill in Norfolk. "Radio seems to be the only thing we're able to get it together to do together; our schedules and our lives are so separate now. Would we consider TV if we were made an offer? Not really. It's so much more fun doing stuff on the radio - more fun than it ever was doing a TV show."

Having first appeared on the radio together in 2003, when they filled in for Ricky Gervais and Steven Merchant on XFM, they've since moved over to 6 Music, where their show has won critical plaudits, a number of awards and an army of devoted listeners. Over the years their on-air dynamic has gradually altered: "I think in the old days we'd get a bit irritable with each other sometimes when we didn't feel the other one was being supportive or whatever. I'd say something and Joe just would just stare at me and shrug his shoulders, and I'd be left dangling. I think we had quite a big argument while we were doing the XFM thing."

"Joe generally reads out the texts and emails and things, and he had a habit of reading out the offensive ones. It would throw me off, get into my head, and I'd have some comment he'd read rattling around and it would really put me off. We had an argument about that. That was the only one really. Generally we do'’t argue, we like to thrive on simmering tension."

That simmering tension, along with the amiability and humour that made Adam & Joe's TV series so successful, has transferred over into what many listeners consider to be one of the finest radio shows around. Adam says he's surprised at how well received it's been: "Sometimes to me it just sounds like complete rubbish, because we're just burbling and entertaining each other. It seems funny to me, but I'm always amazed that other people get into it too. And it makes all the difference as well, it makes you more able to relax and enjoy yourself when you feel like other people are enjoying it too."

Away from the radio, Adam is also the regular host of Bug, an evening of music video screenings usually held at the British Film Institute, and relocating to Manchester for one night only later this month. The Bug shows are programmed by journalist and music video expert David Knight, who picks out a selection of what Adam describes as "new, interesting, weird, unusual, draw-dropping, spectacular, bizarre, demented videos - and mainly they're videos that you wouldn't really see anywhere else. It's a good excuse to show them on a big screen, with nice loud sound. And then of course there's me, cocking around in between.”

Those after a taste of Adam's cocking about can view a video he's uploaded of him reading out YouTube comments at a recent Bug – a regular feature of the nights, and, in Adam's hands, an extremely funny one. Watching the video, the thought occurs that Bug could work well on TV. Might that happen?

"We have talked to people about doing some TV version of it, but it's very hard to get a music show together. People don't really commission them, and it seems to be a bit of a niche proposal for a broadcaster. I really hope that we might do something more with it online, but we're kind of testing the water at the moment and seeing if there's any interest in it. It might be that it's just something that works as a live thing – in which case never mind, it's good fun to do it live."

What does he think makes a good music video? "Nudity, violence, guns, suicide... I'm joking. I don't know, something that's employing the medium to its fullest - something where you get the idea very quickly, and then it resolves nicely within its brief time frame. It has to be something that complements that track as well, something that enhances what's good about the track. Sometimes you get a video that makes a track sound much better than it actually is because it fits so well."

Having worked with Joe on promos for Frank Black and Gorky's Zygotic Mynci, and more recently directing the video for Radiohead's 'Jigsaw Falling Into Place', Adam's keen to do more work in this area: "Peter Serafinowicz is a friend of mine and he's got into doing videos recently and I'm thinking I should probably take a leaf out of his book and take it more seriously. Bands I'd like to work with? I love The Chap, I'd love to make a video for them. Deerhunter, they're a great band, but they're so cool at the moment that probably everyone's falling over themselves to try and make their next video. And I'd be happy to carry on making Radiohead videos. I love Frank Black still, so I'd love to make another video for him."

"I'm trying to build a studio out here in Norfolk. A place where I can do thing on a larger scale, film things and build sets, and have my own little Skywalker ranch. I've got lots of ideas that I've been sitting on for years and years that I've always wanted to do, like little short films and stuff. I've always made videos, I'd just like to do them on a larger scale, and do them a bit longer and maybe put more of a narrative into some of them."

Perhaps do a Joe and direct a feature film? "I'd love to, it'd be great, but I can't see myself making a mainstream film, I think that's something that he'd be better at than me. I like arty weird bollocks. I'd love to make an indie movie, a weird movie that nobody sees. So that's my dreams for the next few years."

SOME OF ADAM'S FAVOURITE VIDEO DIRECTORS:

Cyriak:
"He did a video last year for a track of his own called Cycles and that's pretty spectacular. That's just a bit of animation - I love animated videos. Anything that's had a lot of work or thought that's gone into it is great."

Tobias Stretch:
"There's a video of his for the Radiohead track Weird Fishes. It's beautiful – stop motion animation, just him and his camera out on a mountain, in the countryside in the Appalachians in America, and he makes theses puppets, and goes and animates them on his own. It fits beautifully with the track, it's completely original and completely mind-blowing."

Weird Fishes by Radiohead from Tobias Stretch on Vimeo.

Garth Jennings:
"I love his stuff, when he does a video I'm always keen to see it. His Vampire Weekend, for A-Punk, was just a simple idea - they executed it in ten minutes and then sped the film up, and that worked really beautifully."

Dougal Wilson:
"He tries to do funnier stuff, and stuff that's performance based. I always really enjoy his videos."


Chris Milk:
"He does loads of really clever online stuff, like this thing called The Johnny Cash Project. You can go online and contribute an individual frame – you draw over a frame of a piece of film of Johnny Cash. And then each one of those drawn frames is submitted and if it's accepted it becomes part of this ever evolving, crowd sourcing video. And he's done brilliant things for Arcade Fire, really clever things that employ all the things you can do on the internet very ingeniously."

Encyclopaedia Pictura:
"They're a group of Americans, based in California. They haven't done anything for a while because I think they're working on a feature, but their stuff is extraordinary, completely original, and it's got a completely unique visual style."

BUG's Manchester special edition on 18 May is now sold out except for some free golden tickets available through Diesel stores as part of The Diesel School of Island Life. All you need to do is go into to your local Diesel store and collect a passport which will give you free entry. More more info see www.facebook.com/diesel