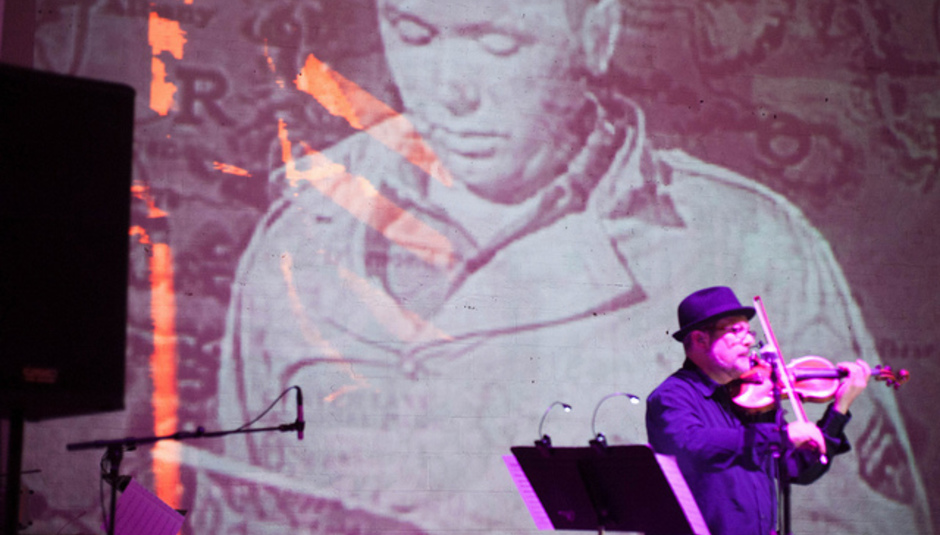 'I have Steve Reich in my life' by Todd Reynolds

'I have Steve Reich in my life' by Todd Reynolds

Todd Reynolds is a long-time member of The Steve Reich Ensemble and Bang on a Can, and a fixture on the international creative music scene for over twenty years.  A founder of the string quartet, ETHEL, he is also one of the founding fathers of the ‘hybrid musician movement’, obliterating genres and styles with a unique mix of 17th and 21st technology, video, composed and improvised music. Outerborough, his critically acclaimed double solo CD featuring his own music and music written for him by a who’s who of New York composers is now available internationally. The following are some sentiments and memories of his years with Steve Reich and his development as a composer while working with the man himself.

I forget when I first heard the music of Steve Reich.  It wasn’t a live performance, I do know that, it was on vinyl.  Some people have their revelatory “Music for 18 moment”, but for me it feels like a gradual cranial and aortal takeover of which I was unaware until it was complete. It happened in college, and it rocked my world. I do remember one faculty member wanting to fail my jury for having chosen to play Violin Phase, though.  (He’ll remain nameless for the sake of propriety)

I joined Steve Reich in his ensemble in 1990, a young upstart kid who had until then given his life to the most hardcore of the avant-garde, unwilling to play anything but Carter, Xenakis, Wuorinen and Babbitt, and hoping to fill the shoes of Irvine Arditti someday. It’s because of Steve and his music, though, that I ended up broadening my view far and wide to encompass every style I could imagine, and that I eventually had the courage to strike out as a composer. His trajectory was my model and inspiration as I explored electronic music and delved into Ewe drumming and African music in general.

So that makes, what, 21 years I’ve traveled with this band?  Playing 1st and 2nd violin, conducting sometimes - every moment of it has been a joy.  Ensemble members like Bob Becker,  Russ Hartenberger,  Jim Preiss, from them I learned so much about Time as I conceptually grew to take on the violin as the rhythmic instrument that it's become for me.

Steve is also the very first influential person in my life who actually encouraged me as a composer.  I remember one tour during which I was working on my very first completely notated piece.  It was a string quartet, all written up in software, not quite finished.  I was playing it for Thad Wheeler as Steve walked in the room, awful MIDI sounds and all, and, well, he wanted to hear it. He put on the headphones and listened to it all the way through, and gave me a thumbs up. As a result,  I first met David Harrington upon his introduction.  A vote from Steve Reich was inspiring to me, then a fledgling composer, and set me upon a path I’ve followed ever since.

I say it often.  Steve Reich changed the way I listen to music.  I’m sure this is true for most of us.  He also changed the way I thought about pretty much everything.  He was one of the first DIY musicians, from the earliest tape experiments to the ‘pack the band in a rented van and travel around the world on economic fumes’, and from this I learned as well.  Having just finished a CD, which I produced in my home studio and bedroom,  I constantly reflect on how far we’ve come, how much things stay the same, and just how much contribution one man can make to the landscape of music.

Many years later, the ensemble doesn’t play as much as we used to  as the rest of the world has picked up the baton, playing and celebrating Steve constantly, as it should be.  To play Double Sextet with my longtime colleagues in Bang on a Can and Eighth Blackbird is celebratory to be sure, and in the Barbican where I’ve played Different Trains and Daniel Variations among others, well, that’s just a party.  Cheers,  Todd

May 4th Todd joins Gabriel Prokofiev at Troy Bar for Non-Classical label’s Battle of the Bands as featured guest and judge, performing a solo violin and laptop set from Outerborough. Facebook Event | nonclassical.co.uk.

Todd Reynolds can be found at toddreynolds.com and on Twitter as @Digifiddler. Details on Outerborough at Innova Recordings.

Here's the first track from Outerborough Is Transamerica: "There's no point in touring with a b...