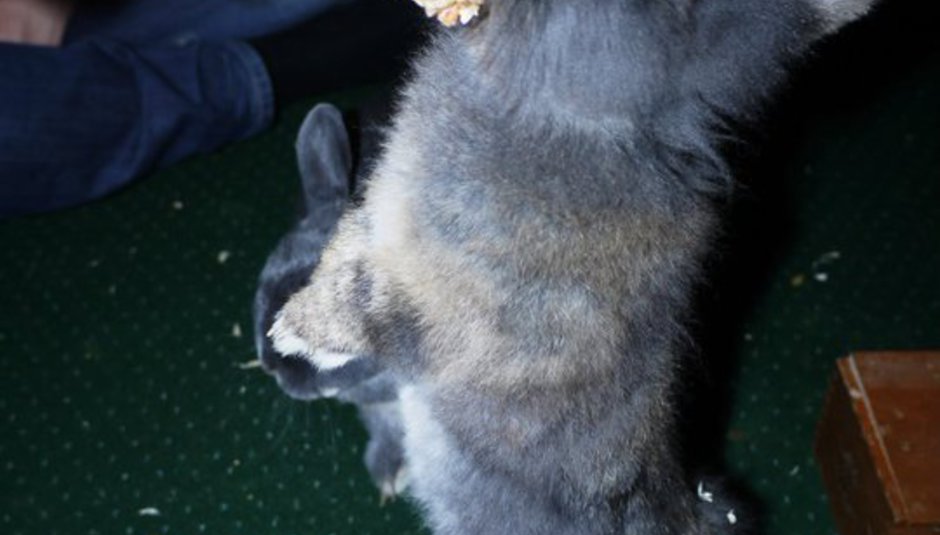 Purity Rings are worn by young women who wish to let it be known that they do not tart it about / will only tart it about evangelically speaking for Dog. Strange really, when Dog - in common with most deities – absolutely hates the womens, always lopping off the locks of men and telling lies and eating the last Rolo are we. Do look up purity balls if you want to know more, the world is a strange place of awful wonder, but fortunately for us it also has brilliant things like ‘Ungirthed’ in it. And though it is in possession of a terrible name it sounds like sun, it is a pop tune sung in a sweetly-flavoured upper register which keeps stopping as if someone were pushing Go and then Not-Go on the pop machine. It also has some repeated lyrics about ‘teeth clicking’ which are oddly affecting and/or rude. It is very very pretty and hints at being about all the best (i.e. blue) things, much like what it is named after. Circularism! Back for one week only.

It’s not like I don’t understand Gang Gang Dance, them randy dancehall beats work on my mind’s feet as much as they might do anybody’s. But sometimes when I put them on and hear Her Out Of Gang Gang Dance honking all over their absolutely tremendous productions, I get the giggles. Essentially it is the sort of record that makes me want to upset arty or fashionable types, like wearing boot-cut jeans to an interview at Vice. Unironically, of course.

Oh oh oh oh, Blouse want to watch you fade into black and they are going to breathe their way into your brain to the accompaniment of a doomy 80s bassline and a few snail paced synths. You know, ‘Into Black’ is very good at being what it is - and what it is is wafty pop that is in a right mard. Maybe it got its diaphanous top caught in a hedgerow; though personally I think it might have been asking for it with those medieval sleeves which are no doubt a right ruddy pain to iron. Oh boy she’s a kook, she’s a kook alright.

Dels’ latest is, if we are being entirely literal (and we are) about avoiding being consumed by the non-wondair elements of the world and its dread compromises. Also: The Man. To further join the obvious dots, it reminds me of a particularly troubling episode of Dramarama; an ITV children’s programme that commissioned one off original dramas in the olden days of the 80s, which I loved until they decided to tell a story about a huge, head and bodyless mouth that suckered children into it’s great red maw by promising to fulfil their youthful desires. It was all a bit much, rather like what happens at 2:09, when a marvellously epic ladychoir comes in and Dels’ tune spirals off, readying itself for an Albert Hall sized performance. I think it is one of those songs where the main portion of sound exists almost entirely to service the end portion, it is plain in the front end to allow the colour more impact when it arrives in back. Whatever it is, I am still very much a fan of his.

The Wave Pictures are still treading their neat, Richman-seeded furrow and I like them, I think they are one of those bands who probably sound far too jolly for the good of their chart position, but I suppose that is not our problem. You just need to put it on and work out what the surprise here might be - I am betting on something quite bad, it sounds like The Wave Pictures are going to dump you, just after you told all your friends you were stringing them along, and were just in it for the presents/sex.

Oh dear, Jagjaguwar’s hitherto unbroken reign over my stereo appears to have been halted. 'Rollercoaster' is grown-up super ROCK with the sort of portent-filled bassline of which The Kills are fond and it is indebted to the seventies in a way I am not sure I can handle (and I have been known to like the odd Wolfmother single) (I label Wolfmother at Kurt Weill on my pod because I am not daft and wish to hang on to you) . It’s also got a lyric in it about a nuclear bomb, which to my mind is a bit like saying War Is Well Bad while doing an interminably long solo on a tie-dyed Les Paul.

The Phoenix Foundation have written the best introduction of any song this week, it is so beaming and jolly one would have to be a bit of a cynic to find it anything less than delightful. ‘Flock of Hearts’ also has that swinginging, shufflinging beat that happy bands always pull out of the giddy drawer when they want to whisk you along and stop you from thinking about their song too deeply; shut up and enjoy it why don’t you. It is the sort of strummed structure I cannot resist, the sort of dreamy catnip that actually makes me sway from side to side and click my fingers. There, I’m doing it again.

Steve Mason - ‘All Come Down’ (Domino)

Steve Mason has one of those voices it is very hard not to respond to, it is like it has got fog and pondwater on it. Unfortunately the thrill I might once have experienced upon hearing him was almost entirely obliterated last year, when I read his reply to the first question asked by DiS’ own Luke Slater here. I want to know what he is on about, but at the same time I do not because I still want to listen to ‘Easy’ (my favourite Beta Band song of all time) and if he really thinks what I think he thinks then I think I will think him a fool. Bloody journalism, ruining bloody everything. I don’t read it.

Teaching at a music college, judging Battle of the Bands comps and being sent the early work of fledging musicians on a weekly basis can give you quite the insight into what The People think makes for a good song; sometimes I have to sit down under the sheer weight of my own knowledge and wisdom. At other times I am provoked to open PhotoShop and create the first in an amusing series of pointless commandments, such as this one. All rank smugness aside, the one snippet I keep returning to is that intros to singles really are very important, but they also are dang hard to write, in common with first pages of novels, first stanzas of poems and first penstrokes. Especially when you have an (entirely understandable) tendency to ease your way into a thing because you are a bit afraid of it, making art can be frightening. Now I will shut up and tell you that The Leisure Society are marvels because they know how to write the beginning of a pop song as well as a middle and end. And how they also know how to make a pleasant video - this one has Mark Heap playing a spiritual guru in a hazy hippie compound of dread and is larks. Well done everyone.

Some bands are able to get away with lazy lyrics, Smith Westerns may be one of those bands. La, la, la, a girl like you. To, a-woo-hooo-oooooo. Manana, manana, it is a bank holiday, after all.

I got very excited about this when it started, ‘I Know’ has robots making error noises before some slow-burn echoing synths come in and the lasers start to fire. Unfortunately the magic stopped for me when the vocals came in, but I suspect this is a personal taste issue, so everyone concerned has my permission to stick a facsimile of my face on the dart board and make like a Bristow.

Spring Offensive - ‘A Stutter And A Start’ (I Love Pop Noodle)

Spring Offensive are part of a collective who know how to get my attention, their people send me pictures of a bunny rabbit called Chewy who they chinny reckon has a pash on me but who won’t move his furry patootie to Norwich because he is heartbreaker. No dull myspace links for I Love Pop Noodle - just a way with mots and a sense of thrill and excitement about the music they proffer. It is entirely heartening and the latest thing they sent me was by Oxford’s entirely charming Spring Offensive, who employ glocks and paired vocals in the middle of their single to rather rousing effect.


Wendy is on Twitter, here. She is going into the garden now to have an ice lolly and fall asleep. Maybe she will dream about television's Robert Robinson, maybe she won’t.

In Photos: Asobi Seksu @ Birmingham A...

Ten Years Of Camden Crawl: Then and Now