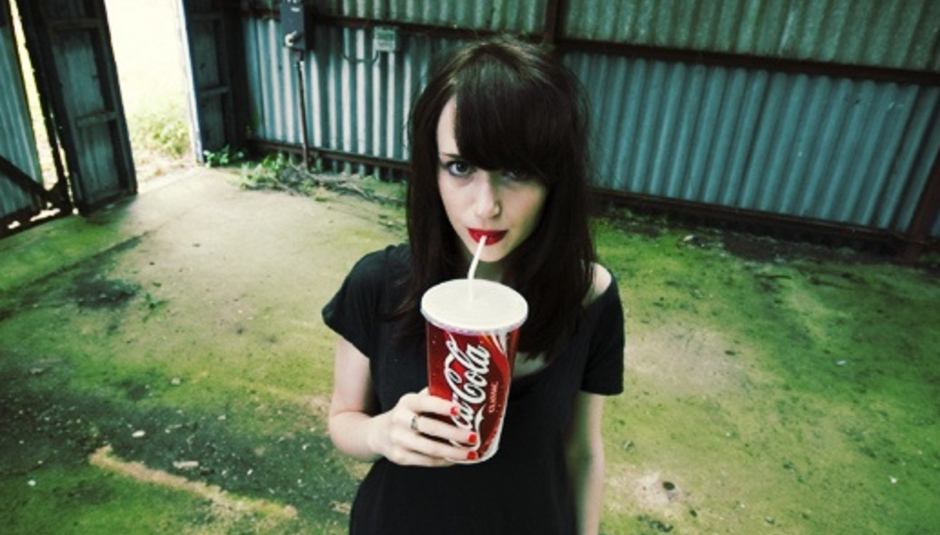 This week, Wendy Roby is off writing a bookie-wook (probably about pashing boys who grew up to be newsreaders or something about kittens riding bicycles) and, in a fit of idiocy, I agreed to fill in for her. Now, her hi-tops are not for wearing by anyone but her but fuck it, I thought, 'how hard can it be?' How hard can it be? I’ll tell you how hard it can be. I just spent 4 hours trying to work out what was actually out this week, and just when I thought I’d finished six PR people sent me reminders of their releases which weren’t listed ANYWHERE on iTunes or Amazon or wherever as being out this week. There are approximately 8 million singles out this week, on about 700 different record labels, so if anyone suggested the business of music is financially fucked, they should try and rummage through this week’s somewhat overwhelming stack of singles and talk to all the people putting their pennies behind the music they love. Then again, maybe the sheer volume of music is part of the problem, rather than a sign the symptoms have been sorted..?

Anyhoo, here’s my round-up of the week’s releases, vaguely filed in order of preference. Please note: You can just bash the play buttons if you don’t want to read my wafflings...

Single of the Week:

There’s no two ways about it, I’m drawn to blunt, bitchy and downright brash people. Whether it’s hero-to-many Peter Cook deadpannedly dropping one-liners or Carles HRO from HipsterRunoff, sharing the latest slutwave news. I’m a sucker for disruptive individuals and, well, snark. Snarky pop is divisive and rare but when done with the perfect balance of cheekiness and snarl, FUCKYEAH! Which brings me neatly to FOE, aka Hannah Shark, who’s two parts Uffie 2.0, a quart of Kills-ian Paris-in-super8-black-n-white kewl with some bitch-slapped drum beats and drug-whirling fairground sounds - it’s a f’in devastating cocktail that is sure to be as loathed as it is loved by the likes of me. She asks, in this - the title track to Foe's debut EP - her pissing on the Pop industry tirade: “Are you ready for the next big thing? Are you ready for a clown in a g-string?” Gut reaction: yes, with hooks like these and talk of a millions kids burning bibles, oh fuck yes, I think I am ready. I really think I am. I think I am. Bring. It. The Fuck. On.

Tish, tish, throbble, tish, trobble, tish-tish... it’s Hi-NRG drone. No, no, it’s sprawling germanic disco. Hrm. No, it’s not, it’s alien punk rock implanted in the bowels of the universe? Is it space-age doo-wop? Or an ode to Donna Summer’s ‘I Feel Love’ but re-written for a special film adaptation of Quantum Leap? Whatever the unclassifiable hell it is, it is amazing and I’ve been obsessed with this song for several weeks. Easily the most exciting new ‘thing’ to happen to music for quite some time. Here’s the flipside remix-a-jig...

Any other week this would be my single of the week. I admit it, I’m a fanboy. I love gazing at their shoes as their electro thrums away. ‘Need You Now’ is the opening track from their new record Zonoscope which is "bloody good" (me, circa a few weeks ago). If you check back later this week, my interview with the band will finally be transcribed and online. We talked rather a lot about how, back in the 80s, people looked excitedly at the future, and yet, that “future” is now, but now instead of looking forward to the future with fear and hope, we think we’re living in the future, and don’t care what lies ahead. Basically, I think a Zonoscope is like a gonzo view of now, viewed via the past. I like this song, very much.

I have this theory, that if Errors changed their name every few weeks, they’d repeatedly be the best new band in the world and feature on the cover of a certain magazine and top all those Sound of... polls. Meanwhile, I have to content myself, safe in the knowledge that an incredible band can exist, without the plaudits and love they deserve. The world is an unjust place, so give this a blast and go tell everyone you know who’s mourning the loss of LCD or doesn’t think the new Battles track is very good, to go buy Errors’ back catalogue. Simples.

I have never really pondered what it might sound like to torture a computer by sticking a kebab stick through it but thankfully Mister dEbruit has. This is wonderfully weird and Woby loved his last bunch of releases so this would probably have been single of the week and featured the words "cor" and the phrase "worra clever cove," not that one should ever predict what the Wendy Robotnik 2011 edition would every say or thunk...

You know that dumb grin feeling when a riff hauls you back to one of those days when you’d somehow managed to land a BMX trick you’d been trying to do for months but there’s nobody around so you’re allowed to feel smug about it? Then, seconds later, you discover a cherry red blood dripping down your shins and instead of tending to the wound, you just turn your walkmen up and try to do the trick again? Yeah, that sort of whizzy-headiness is what this song is.

Mazes - Most Days by FatCat Records

Panic! at the Disco ‘The Ballad of Mona Lisa’ (Fueled by Ramen)

Some people didn’t agree with my review of Panic!’s new album for the BBC. Some people think Panic! aren’t what they used to be. Some people think Emo is just a guilty pleasure genre. Some people think Vices & Virtues is too adroit, and lacks the charm of the bands debut or the grace of Pretty. Odd.. Some people are idiots, and whilst this might not be the greatest song on the record, it’s one helluva door-opening comeback release, which I keep hearing pumping out of shops and white vans tuned to BBC Radio1. Some people, eh?

Have you seen the new Adidas advert? It features the chorus to this, and if songs were just choruses, this would be single of the week. However, the verses are a little bit like weak versions of the French-tro duo’s debut album. Plus there’s a heavy-metal tinge to lyrics like “the fire that burns in the all-seeing eye” which doesn’t quite sit right. Plus instead of making me grin and want to drink gin in a palace, this track makes me think that the world is all nasty and my thoughts turn to decay...

The Raveonettes ‘Recharge & Revolt’
Awww this song is like a baby bear covered in feathers. Supercute!

Entrepreneurs ‘Fuck Tactics EP’ (Fear & Records)
As heard on daytime Radio1 as ‘Duck Tactics’ because Huw Stephens is quite the awesome fellow but swears are naughty.

Katy Perry ‘E.T.’ featuring Kanye West
Featuring pretty much the worst lyrics you will ever hear. Is Katy ‘doing a Rebecca Black’? And why does she always put out a crappy single just as you start to think she’s not that bad? And why is Kayne involved in this?

Paris Suit Yourself ‘Sometimes’ (Big Dada)
Crazy buggers who drift somewhere between TV on the Radio and These New Puritans.

Jesca Hoop - "While You Were Away" | from "Snowglobe" by YIN Magazine

And what did I miss?