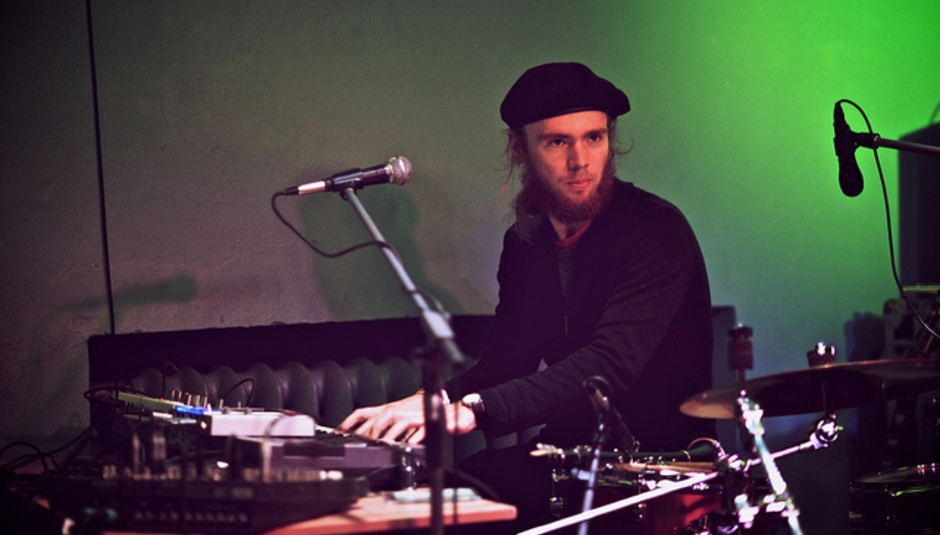 Tallinn Music Week started back in 2009 (click here for a review from James Skinner) with 65 bands across a variety of venues, along with the business of the business itself, in seminars and industry panels — which return this year, ranging from an interview with the open, sweary and lively manager of The Cardigans, Petri Lunden, through to music management masterclasses and, of course, a listening panel. The festival is officially opened with a speech by the genial president of Estonia, Toomas Hendrik Ilves, who speaks in English with an impressive American accent and wears an impressive waistcoat. He not only knows about but likes Arcade Fire, which is a plus point, I guess. This year Tallinn is a European Capital of Culture and the number of acts – the vast majority of which are from the Baltic states and most of those home-grown — has expanded to 147, up from last year's 100. That itself says a lot, even without reflecting on the overall quality of those bands, with barely over a million people resident in its borders. Achieving such a high number of acts is a success. Of course, it would be patronising to suggest that quantity over quality is the aim of Tallinn Music Week, and also very wrong.

Being in a city you've never visited before, with almost exclusively bands you've never heard before can be bewildering, especially when they number nearly 150. It's also tremendously exciting, especially in a place like Estonia which, it is fair to say, has a culture both musical and overall which has evolved outside of the more prevalent standard Western European traditions. This is balanced by the hope and optimism that there will be genuinely innovative and experimental (to my foreign ears) and fewer indentikit clone bands on the bill.

The old town is a picturesque place, with giant, overbearing churches and quaint doorway entrances, plus the odd cobble or two on the street. It's fairly easy to get distracted by all of this on a walk to Mustpeade Maja Keldrisaal which is no less fantastic on the inside than any of the old town buildings appear on the outside. In fact, it is quite fitting. It's essentially just a massive cellar, now used as a performance space and tonight we camp out from start to finish at the Odessa Pop showcase, which serves up several treats. That is, after seeing a snippet of Oort, who were not dressed quite as extravagantly as they are in this video, but the lead singer does still wear a robe. It is not too hard to describe what they do, being a quite straightforward melding of metal and traditional Estonian folk music, which appears to be quite reliant on vocal drone (a novelty), being on the very deep end of the register.

Anyway, back to the Odessa Pop goings-on. First on is the intriguingly named Multiphonic Rodent. Multiphonic because he plays several instruments, although not at once, placing them through loop pedals, applying effects and all manner of stuff you'd expect with it. Rodent is a misnomer, though, because he does definitely not look like a rat. Plenty of gear is used to this effect but the standout sections are when Hõbe picks up his clarinet and plays fearlessly and boundlessly over the landscapes he created beforehand. Those landscapes are essentially what you would expect from bedroom-composition but are given a much, much greater scope, ranging from the melancholic laments with his singing more under the accompaniment than over it. The guitar may not be entirely in tune with itself or anything else and a tad overpowering in the mix, but the remainder fits perfectly and there is also a sense of mischievousness to the underlying experimentalism. Once finished, the fear written about earlier recedes and is replaced by a broad grin and an inquisitive mind.

Following Errki is Pastacas, who we (collectively) checked out the last time we were in Estonia, and who is of the same ilk as Mr Multiphonic Rodent but a little more polished, a little more serene and a little less haywire. He has a similarly numerous array of instruments, including a six-stringed guitarish instrument which I have yet to fully pin down. I'm still unsure whether playing two recorders at the same time is a novelty musical party trick or the mark of a genius but either way it raises eyebrows. At times his work redolent of the more mellow Squarepusher moments — the ones without the face-melting, eye-ripping bass playing. Vocals are warped beyond recognitions, adding a Fever Ray-like darkness to the flute-playing and textural vastness. Half-confusing, half-bewildering, fully amazing. There is more. The highlight of the Odessa Pop night — and as it later turns out the entire event – were Kreatiivmootor. The Estonian language utilises an awful lot of double vowels and naturally strikes a great deal of fear into the mind and mouths, should you get that far, of any foreigner trying their hand at being an adaptable and cosmopolitan member of the human race/European Union. Still, the aforementioned vowels really do emphasise the essential, well, for want of a better word, creativity in this jam-troupe (for extreme yearning for a alternative turn of phrase). Listening to them on record, although still retaining a sense and essence of their tangential and avant-garde wonkiness, won't come close to their live presence. Fronted by a man who we are told is a philosophy professor is telling.

All of the philosophy professors I knew of at university were several chapters short of a treatise and Kreatiivmootor's approach does not betray this whatsoever with one extended session of beats, yelps, and bit-by-bit building blowing away the thought of my very existence out of my headspace. It's hard not to move your feet, as I do, even in the lamest manner, but Roomet Jakapi is a distracting man too, weaving in and around his bandmates, whose individual performances are also mesmerising, especially percussively — actions which draw more than the odd wave of arm from an encapsulated audience. Of course there is structure, but like all good improvised music, it seems a distant thought. What isn't a distant thought, though, are any questions about the abundant intensity and quality of Kreatiivmootor. Mind. Blown.

Being the country that spawned Arvo Pärt, something would be amiss not to have at least a few offerings of contemporary classical during Tallinn Music Week, and that is what we get with Estonian Music Days at the Mustepeade Hall. A showcase of performers and composers, we unfortunately only manage to catch just one act of the seven due to perform, but it was not a disappointment in any way. Not only is the minimalistic performance of Resonabilis — bringing to life a composition by Helena Tulve — majestic, but so is their appearance, complete with foot-high blone hair and both extravagant and subtle facial adornments. They are four members, a cello, a voice, a kannel and a bass flute, all of which are used with varying degrees of innovation. What they create is haunting and makes great use of silences and pauses. So much so that nearly half a minute passes after they finish before the warm applause begins. Slightly awkward but definitely welcome.

Upon seeing Finns Cleaning Women in the festival programme, it was wondered whether the "cleaning" was a noun or a verb. It turns out it's very much a verb, it referring to the repurposed ironing boards and clothes maidens they used as instruments. Everything but the kitchen sink, you could say. Their approach is novel, as those appliances are struck and robotic movements made with them, mostly accompanied a menacing keyboard line and staccato mechanical vocals. Their set ebbs and flows, as does interest around half-way through, their distracting gazes ultimately not quite distracting enough. Moving back to the main hub of the festival, Von Krahl, the freshly-picked Kosmofon are playing out their marginally psyched, spacey, dancey and enjoyable electronic excursions. The lead man carries himself with extreme levels of self-confidence, dressed like someone from another time. About 20 years ago, to be precise. Their being is not boundary breaking but they put a novel-ish slant on the conventionality and at times recall synth-monsters like Zombie Zombie and, during the set-climaxing 'Pulsar', Squarepusher's Just A Souvenir vintage. A few of the moves pulled may be a bit naff, but there's plenty of burgeoning ideas in their young musical brains.

Iiris appears to be very much the great hope for Estonian music, both as an export and in home borders, and is surely the most popular performer of the entire event. The crowd is vast and tightly packed. So tightly packed that it basically prevents us from firstly making any significant inroads into the Von Krahl theatre and secondly from being nudged, budged, crushed and buffeted into submission. A pure shame, for which I curse my hulking frame. There may be mixed reports, but, as with Kosmofon, there's more than enough room and nous for her to grow into something genuinely proper and potentially great. What follows may be the only disappointment of the entire event. Given what we had heard of Systeam earlier in the day (via the "check my demo" listening panel) we thought we could expect interesting and innovative if not great things. But we were wrong. Very wrong. Their demo track meandered and wound its way through several minutes of diverting themes and motifs which pricked the ear's attention, yet live it was almost entirely unrecognisable. And unfathomably terrible. It was a shame to end on that note but it didn't dampen any spirits of what we saw before, especially on Friday.

It must be an exciting time be an Estonian, culturally at least. Whilst it would be a lie to say that every single act on the Tallinn Music Week bill was chock-full of potential and merit, there is enough to make an earmark some noteworthy, talented names. Perhaps Iiris will break out of the borders – and she is probably deserving of this position, too – but there is enough underneath the top layers of Tallinn's winter snow and frost to prompt current investigation and optimism for what may appear from the country in the near and distant future.

Hauschka's Guide to the Prepared Piano