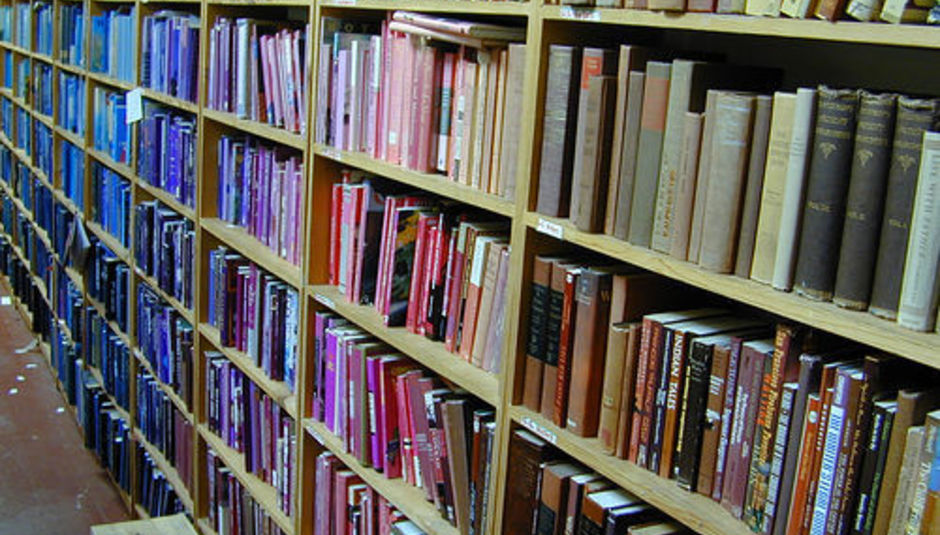 Matt Stead represents precisely what the Big Society needs – the kind of guy Michael Gove daydreams about whilst encouraging ‘free school’ parents to make it up as they go along. In less than three months, he’s brought together a group of volunteers – "different bands, people from different libraries, people from the community who have wanted to get involved, different cultures, different interests, it’s quite a culturally diverse range of people" – and organised a mini music festival. Read and Shout, in a local community facility, Nettlefold Hall in West Norwood, a place that normally hosts "dance classes, children’s orchestras, that sort of thing." A music festival so interesting it sold out in under a minute. Yep, Matt Stead is exactly the sort of chap who’ll make the Big Society work.

Or not. Because Read and Shout 2011 is, in fact, a festival thought up as a way of protesting against the Big Society, or rather the vicious public sector cuts that Steve Hilton’s phrase continues to do its best to veil. Specifically library cuts. Nettlefold Hall is the top half of a building that houses West Norwood library in the bottom. Matt runs said library – or will do, that is, until Lambeth Council makes every single one of its full-time librarians redundant, as it intends to. It has also just announced that Nettlefold Hall’s own funding will be cut, which will mean three full-time staff and one part-timer losing their jobs at the same time as Matt.

To be replaced, presumably, by Big Society volunteers and charidee. Matt isn’t optimistic: "it’s going to cost too much for people to afford, West Norwood is a poor community and so there aren’t many people in the community who have anything to put into it, financially. It’s also a difficult job working there, because with concerts say, by the time you’ve cleared up etc. you’re looking at 2 o’clock in the morning. Finding volunteers in West Norwood who are willing to lock up at 2am is unlikely, I think."

But not on Saturday 19th March, which will see a clutch of indiepop artists including Pocketbooks, Matt’s own band A Fine Day For Sailing, and most excitingly Hefner’s Darren Hayman and the incomparable Jens Lekman converge on Nettlefold Hall to express their opposition to proposed cuts to library services that are likely to affect pretty much everybody in the country. Particularly children, the elderly, and poor or isolated communities, who rely on local libraries more than most. There will be ‘speeches’ and ‘tables run by interested parties’ and a general hope that "even people who have just come for the music will be influenced in some way. It’s kind of planting a seed, and then all those 250-300 people can go away and start spreading the word."

I will be reviewing Read and Shout and interviewing Jens for DiS, but I wanted to talk to Matt before it happens because the festival, library, hall, whole situation seems to me to be an enjoyably neat metaphor for the flaws at the heart of the coalition government’s project – or would be if it wasn’t so depressing. The significance of what Read and Shout is doing, in terms of the Big Society, has not been lost on Matt:

I know the people volunteering for this event have started to understand that volunteering can only be above and beyond what we already do, without taking jobs away from people. For librarians, it’s a bit of an insult to imply anyone can just come in off the street and run a library – it doesn’t work that way, you need to build up a professional skill-set over many years. I think the big society is a fallacy, it could only work in tandem with a strong public sector, it can’t rely purely on volunteers. Who’s going to deal with the alcoholic who comes in at eleven o’clock in the morning and starts abusing staff, what volunteer should have to put up with that day after day?

Matt had wanted "to get music into libraries" for some time, and saw the burgeoning campaign against library closures as the ideal catalyst for doing it. But he knew he had to work quickly: "the student demos made it really clear in my mind that we had to do something in March because of the budget. It was January that this really started so it’s happened so fast, but it had to. Part of the problem with the student protests was that they didn’t escalate quickly enough, really, the government pushed forward with cuts to the EMA etc. before the movement really had a chance to get going nationally."

He was "really amazed at the response" from bands who "wanted to respond to something important to them, want to get involved with the cause." As big a deal as St. Etienne were genuinely interested in playing, although the notice ultimately proved too short. I ask Matt about the relationship between the sort of bands he was talking to and ‘the cause’ and he suggests "it all goes back to Morrissey doesn’t it, really, Cemetery Gates, 'Keats and Yeats are on your side.' I think there’s been an interest in literature among indiepop musicians for years. I mean, libraries are one of the last great free arts institutions aren’t they, they’re cultural hubs for a community."

He goes on: "the kitsch side of libraries and this sort of music, they go together. I’m sitting here in a pair of glasses and a cardigan, without wishing to stereotype too much." Indeed. Matt is a librarian who plays in an indiepop band. And what I most admire most about Read and Shout is that it reflects Matt doing what he knows and doing it well – that is, making the case against library cuts from the inside, and putting together an elegant bill of related bands – rather than falling back on the comforting generalities of CUTS R BAD protest and, god forbid, protest music. Jens Lekman is no Billy Bragg. As he puts it in ‘Do You Remember the Riots’, “I’m not a political fighter / And I don’t even have a cigarette lighter / But I wanna see that fire.”

And what is that case?

Libraries aren’t just concrete blocks full of books and computers, it’s the services on offer there, book groups, job-hunting, story-time kindling young people’s imagination, and all the skills that professional staff bring to that. The scary path we might be going down is that, because we won’t be able to run the service the way we could with skilled staff, less people will use the library – there won’t be any groups for them to go to. And then it makes it easy for councillors to say, look, usage has gone down the last few years, can we really justify this library being open at all? I believe that as a whole, the library service is being cut harder relatively to the amount it takes out of the budget, because that is a relatively low amount. I went to a presentation a few weeks ago where they were saying people spend more in a year on chocolate than they do on libraries [via taxation]. Which is the more important?

Something worth shouting about, in other words.

Matt asked the bands playing the festival to provide their most protesty song for a Read and Shout Spotify mixtape. He suspects they mostly just chose their most catchy, though. Listen to it here.

Read more about Read and Shout.