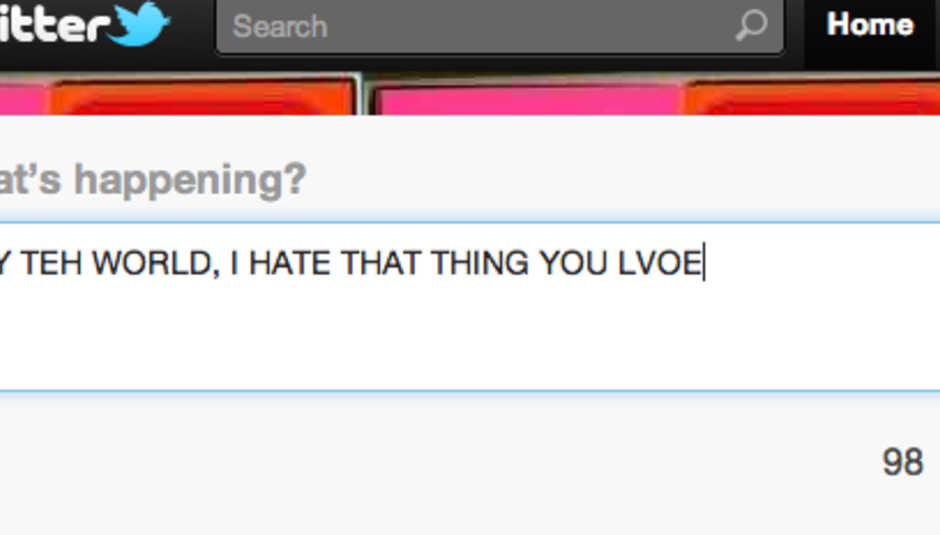 This week's round-up of all things small and darling is about barbershops, razor blades, takeaway heart attacks and having a furious row about the Common Market when you really just want to snog them.

Yes it is single of the week, because I love it the most, obviously, I think it is better than all the other singles that plopped onto my doormat with only the ceremony of a white jiffy bag to herald their ART. Last week I was driven to write two, possibly three, pointless pages for my pointless blog about just how tedious the response to James' album was. Then I realised that empty-headed prannets who thinks it is incumbent upon them to write idiotic, contrarian journalism about how they hate James Blake (because this definitely makes them interesting), are, in the general scheme of things, not really worth worrying about. I love James Blake, he is not perfect but lord only knows he is trying to do something novel, he brings me joy and let's face it there are lovers to kiss, roads to run, books to read and stars to gawp at. The collective Twitter feed of the brickbatters is, by comparison, tiny as dust.

Because the release of a Standard Fare single is a singular cause for celebration as well as non-specific glee, here is ‘Suitcase’ sitting all lovely at the top of the page before you get bored. Emma Kupa’s very unfetteredness is the thing I like about them the most, she has such an enormous gob and nothing horrible ever comes out of it. What a magnificently plain, and plainly magnificent voice she has.

It being extraordinarily difficult to dislike Cloud Control, I shall not, they have made a tremendously enjoyable album and this is one of the goodest songs on it. The key to ‘There’s Nothing In The Water We Can’t Fight’s amiability is the sheer, fuggy warmth; at each intersection or corner a few more bars hum and glow orange, it is a note-perfect lesson in Autumnal noise. I will take issue with that title though; I would like to see them take on a crocodile.

The press release for EMA’s single tells you off, it says you are not allowed to listen to ‘The Grey Ship’ on crappy laptop speakers because you won’t hear the drop properly. I would quite like more of this sort of thing 'cept more tailored, more bossy. ‘To get the most out of this single you should listen to it while sucking on a cola bottle. You must wear orange’ – that kind of thing. Anyway as it happen ‘the drop’ occurs at about 2:45, which is a confident - if not actively brattish - late stage at which to make your point, especially when your single is over seven ackfing minutes long. ‘William, It Was Really Nothing,’ is just over two, I don’t know why I mention this. Also, right, it’s not just that I’m in a slightly silly mood or anything but ‘The Grey Ship’ is taking itself very serious. It gets quite good at around 05:08. But then you think, COME ON NOW EMA, 05:08, how much time do you think I have on my hands. Maybe if you are the sort of person who did not spend most of Black Swan giggling because men who say that in order to be good at art you just need to go home and have a wank are hilarious, you will quite like this single. Unfortunately I am firmly in the That Bit Where The Drawinz Went Past Their Wrong-By Date was The Funniest camp. By all of which I mean, careful now ladies, if you do art you WILL DEFINITELY GO MENTILE.

Yesterday, while I had my nose pressed up against the glass of a particularly old-fashioned, and therefore very pleasing, barber shop establishment, I was moved to work out which of the Famous Man Haircuts I would choose were I to let them loose on mine own barnet. Apart from the fact that I should never (hairdressers are pure evil), it was all rather amusing because among the photos you could point to - ‘I’ll have a John Lennon with some Matt Bianco down the sides’ - there was one of Michael Stipe. Genuinely perplexed, I thought about how amazing it wor when my sister came back from Amsterdam and said she had been to a pervy-exhibition-for-pervs that had a swing with a willy on it and that Michael Stipe had been there and sat on the swing. See, it is not that I begrudge The Olds for carrying on; I am one myself. But in the same way that I find it strange that any man should choose a Premature Shave-Off when he might have a Bryan Ferry (mmmn), I’m not sure what would prompt you to listen to ‘ÜBerlin’ when you could have a turn about ‘World Leader Pretend’ instead. Oooo, look, A Point.

No, no, no, you’re not really listening to me, I know exactly what you mean and of course, it is good. In the - alright, very beautiful - video, Olaf takes her stripey tights off and waits for a man with no top on to come along so they can do a contemporary dance together which is basically just a prelude for some sex they are going to have, and it’s definitely the sort of sex where the participants put their hands over each other’s mouths. ‘It’s all just a prelude to sex’ is what my Mum once said to me when I went out with this dude I was constantly having unnecessary heated debates with; the Common Market, Private Healthcare, Stanley Kubrick. Anyway because I was basically twelve I sniggered at this; which is what I do now when faced with a grown up song about giving yourself up to sex/love/contemporary-dance-with-a-man-with-no-top-on-in-a-woods. Sorry Olaf, but your video does end with the man's head between your thighs before you drop him on the ground, as if you have killed him with the sheer power of your womaninity.

Close hand experience of a thing often makes you a little bit prickly about it, which is why I listened to ‘Self Harm’ with great interest - bearing in mind it is an instrumental, I was curious to hear what Plank! chinny reckon self harm actually sounds like. As someone who knows what it looks like; who has seen the casual strewing of a razor blade on the lip of a student bathtub ‘Oh that, that’s mine’ and never, ever forgotten the horror of it (‘People do that for relief?’ said The Innocent) I am not exactly down with naming a mildly funky instrumental after something this upsetting; unless perhaps mild, funky things cause you to want to slap yourself quite hard, perhaps Level 42 do this to some people. In any event, the other thing to tell you is that ‘Pig Sick’ is quite good, it starts all stuttered and rainy but when the engine has warmed up a bit (which admittedly takes about 45 seconds which is too bloody long), it goes all doomy instrumentalisms, space rock, wheedling loops and eyes rolling in two directions. Is it ‘pig sick’ as in ‘I’m pig sick a youse’ or is it ‘pig sick’ as in ‘the vomit of a pig’ though? Do show your working.

Sometimes you want an easy life, which is why I thought I could maybe get away with watching Ex-Lovers new videothing before finding some small, incidental detail I could then blow up, like a washing-up liquid bubble, into something shaped like a hundred words. And then I put it on and there the Ex-Lovers ruddy were, just standing around like the most important thing about their video was the bloody song. It’s got them indie drums on it which speed up and down. They have been indie for drums for a very long time.

Knowing absolutely jacksy about the Chapman family, I am not ashamed to tell you that I tapped ‘ “the chapman family” wiki ’ into Goggle with blind fists; a Neanderthal gesture journalistically speaking, but at least I know how to use double quotes in a search box. It was here that I learned how The Chapman Family’s favourite food is ‘Parmo’, and if you want to feel a bit sick – bleh, bleh, something-at-the-back-of-your-throat, possibly-cheese – do have a read of this, here, because it is a local speciality ‘and a half’. As for their single, ‘Anxiety’ sees them sounding very angry about something or other, very possibly the fact that the feral yoots in their video are face-painted to look like 2008, when there was a rash of people tarting about like Drums of Death, I remember. Anyway, surely calling your single ‘Anxiety’ is not unlike those Frenches I saw at Trans Musicales who performed in from of a massive neon sign that said, simply, ‘ANGST’. I mean, it’s all very well signposting your dissatisfaction, but a bit of ruddy subtlety wouldn’t go amiss. For some reason this puts me in mind of the phrase ‘getting your tits out for depression’ – a bold move that might see a few more quid lobbed in the donation vessel. But come on now, it’d only really cheer up the pervs.

Wendy is on Twitter, here. Today she is having a day off, how wonderful.