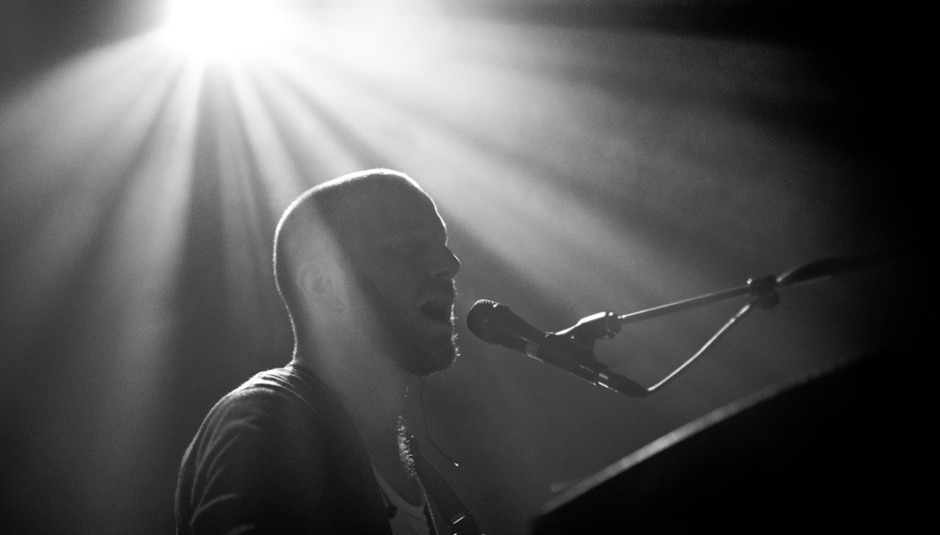 This week's Spotifriday playlist, created from the week's content and featuring tracks from Efterklang, Howlin' Rain, Wild Beasts, Neon Trees and a few more. Click here to listen to it. Happy Friday!

The most wonderful and talented band (or at least one of) to come out of Denmark in the last decade played a very special show for us this week in Sheffield. We absolutely loved it. Anyway, our picture editor Gary Wolstenholme was there to do what he does best. See the results of his work here.

I'm sure some of you reading this will have been born either in or before the year 1983. Well not me. 1986, since you ask. That said, I have little or no idea why I've included this Neon Trees track in this playlist, given that their new album scored a whopping 2/10. I think if you listen to '1983' you can understand why. Read the review here. Or just listen to the lyrics and try to not hop on the next plane to wherever-the-hell Neon Trees reside and immolate the blighters.

Now this is more like it. Some classic Sonic Youth. Even a rehearsal version of the track from Dirty. Thurston and the gang have a new record out this year, you might not be surprised to know. It's called Simon Werner A Disparu and our verdict was that it's basically not an essential purchase. Which means don't buy it in a more roundabout way, I guess?

I cannot actually believe we're into edition number 27 of armchair dancefloor. That busted out of whatever box it was being kept in this week. It contained some stuff about a new Hype Williams record, although not the one this is taken from. Still worth a listen, mind.

One part of great news this week was that Wild Beasts announced a new record, to be released on Domino and entitled Smother. We cannot and will not put it into words how much we are excited about that. But it's an awful, awful lot. The other piece of goodness was that they're playing a show for us, in Sheffield as part of their UK tour! More deets here.

Frankie and his Heartstrings released their debut album this week and we review it here. It's quite good, but with a few reservations. Still there's plenty to be enjoyed about the record and if you like fun things and fun music there's no reason why you won't like this.

I was rather hoping there'd be 'Freedom' on Spotify, but it's hard for me to find. Anyway, Mr Mascis (this time sans fog) returns with a new record next month and you can get a couple of tracks from it to download entirely free. Find out more about that here.

Howlin' Rain's new record was one of the ones which fared a little bit better this week amongst the 2s, 4s and 6s. You can read about it here.

It's always good to hear something from British Sea Power, which is why we let them take over the website a couple of months ago. This time we had a wee little interview with them, which can be read here.

Some more regional goings-on this week, although Scotland is less of a region more of an entire country, isn't it? Anyway, regardless of all that nationality pap, please read the newest edition of Drowned in Socotland which, of course, features Bronto Skylift.