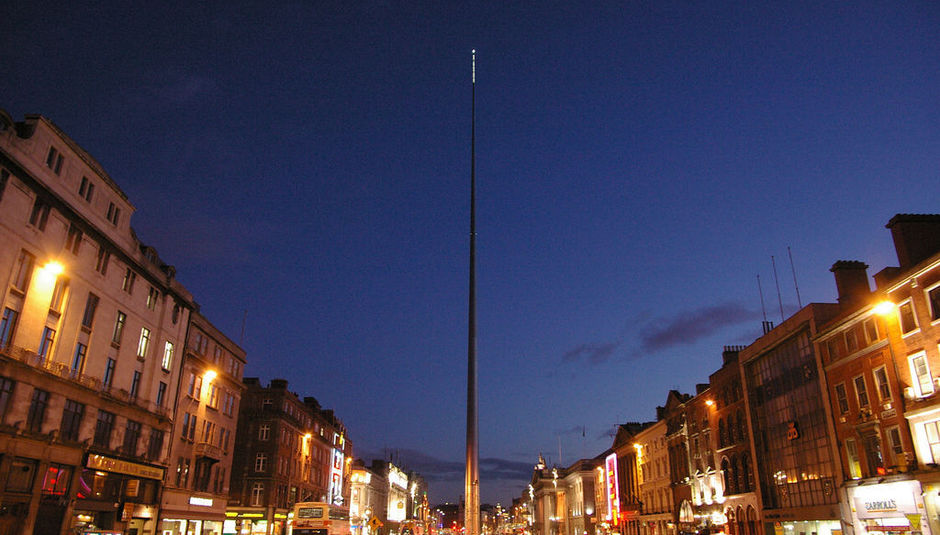 It’s been a vintage last twelve months or so for Irish music, so it’s no surprise that the shortlist for the upcoming Choice Music Prize (Ireland’s version of the Mercury, if you will) is one of the strongest in years. The live final takes place on March 3rd, and battling it out with hot favourites (and DiS-approved) Villagers are a host of diverse releases: the idiosyncratic baroque-pop of Cathy Davey’s The Nameless, the intricate, haunting atmospherics of Halves’ It Goes, It Goes (Forever And Ever) and James Vincent McMorrow’s sparse, falsetto-laden Early In The Morning all have a shout, while the heavier end of the spectrum is well-served by both Adebisi Shank and The Cast of Cheers.

The latter two bands were the big winners at the recent Digital Socket Awards - a new venture with a somewhat wider remit, the awards were the brainchild of four enthusiastic bloggers, and the live final recognised not only bands but photographers, video-directors and record labels, emphasising the sheer breadth of talent on the domestic scene. Adebisi Shank’s second album, a dazzling, dizzying affair where punchy, infectious riffs combined with Battles-like experimentation, saw them take home three awards, while The Cast Of Cheers also scored a hat-trick, reflecting the wave of acclaim that greeted their spiky, frenzied debut effort. Other winners included blogosphere-darlings Solar Bears, who have followed up the success of She Was Coloured In with a slew of impressive remix work of late.

The best label award on the night went – deservedly - to the Richter Collective, and rather than rest on their laurels, they’ve added the mighty And So I Watch You From Afar to their already-immaculate roster. The Belfast-based band will be releasing a new album in May, having toured their colossal brand of instrumental rock far and wide in the last year. Another of Richter’s more recent signings, the no-wave-influenced Logikparty, have a full-length in the works as well. Live, the Logiks are a sonic shock to the nervous system, with caustic, abrasive guitars, pummelling rhythms and shrill, belligerent vocals: they’ve made it work on record too, with both the excellent ‘Good Hood/Iodine’ 7” and the High Risk Narcissist EP released last year.

One half of Logikparty also helm the record label White Plague Records, whose upcoming newest release is Construction by Catscars, aka Robyn Bromfield. It’s an absorbing release that takes in shadowy, gothically-tinged electronic pop and chiming, spooked-sounding late-night ambience. Incidentally, she was on to the whole cat thing long before Best Coast.

Catscars :: Wish I Had from Harmless Noise on Vimeo.

Much of the best music around at present shares a similarly evasive air. Angkorwat’s lo-fi pop experiments combine woozily hypnotic hooks with off-kilter, sometimes harsh electronics, with subtly addictive results. Hunter-Gatherer followed up his acclaimed, bleakly filmic I Dreamed I Was A Footstep In The Trail Of A Murderer with last year’s Fingerprint Series, a series of free releases that explored different textures and tones, from the menacing digital shimmers of ‘Community Alert’ to the airy dreamscape of ‘Peace Shrine (Marian Year)’. Both have new material lined up for 2011.

Along with the aforementioned Catscars, the man behind Hunter-Gatherer is a member of Children Under Hoof, a loosely experimental five-piece whose A Collar Can Become A Noose EP combines kraut grooves, scratchy guitars, sax skronk and an ambient spoken-word piece. Band-member Gerard Duffy also records under the alias School Tour: his quietly entrancing Yes Way EP is characterised by hypnotic, subtly shifting electronic drones, as well as the haunting music-box melodies of ‘You Killed Me’.

Elsewhere, Thread Pulls have impressed with their debut album New Thoughts, a pounding, percussion-dominated record that recalls Drum’s Not Dead-era Liars with its skeletal, sinister grooves.

West of the capital, Laura Sheeran delivered the striking Music For The Deep Woods EP, an impressionistic, atmospheric affair infused with dread and menace (think ‘The Carny’-mode Nick Cave): full-length follow-up Lust Of Pig and the Fresh Blood is due in a matter of weeks. Nouveaunoise, meanwhile, released one of the finest electronic albums of last year in Paraphrase Accolade; their hazy, fluid, layered compositions recalling Los Angeles-era Flying Lotus as well as Four Tet.

The dual musical personalities of Aidan Wall have both been represented in the last year or so – his Hipster Youth project is a restless, chiptune-tinged lo-fi affair, with album Teenage Elders finishing near the top of many people’s end-of-year lists. Porn On Vinyl, meanwhile, is positively below-fi, and not in the tinny, distorted-guitar sense: it’s literally one man and his guitar, surrounded by charming tape fuzz and revelling in its imperfection. The results are oddly magical on tracks like ‘How The World Ends’ and ‘I Won’t Conquer’, the latter sounding like an unearthed Deerhunter demo - in the best possible sense. Wall’s record label, Long Lost Records, also released one of the hidden gems of last year in Desperadow’s I Found God, which combined infectious grunge-inspired hooks with a rough-around-the-edges slacker-folk sensibility.

The first couple of months of the year so far indicate that plenty more musicans are on the brink of great things. Cork’s Toby Kaar deals in invigorating, Gold Panda-esque electronica – check out the sublime ‘Bread’, or his excellent remix of Nouveaunoise’s ‘Cinnte’. Moths, the project of 17-year-old Jack Colleran, has impressed with his first few releases, which are in a similar vein; latest tune ‘<3’ resembling the mellower side of Baths. 2011 also sees the welcome return of Nina Hynes, with the airy dream-pop of ‘In A Million’.

Nialler9 – still the first port of call for me and many others when it’s time for a bit of blog-browsing, Nialler9 was recently voted the fifth-best blog in the world in a public vote held by Brighton’s The Recommender. The best of domestic music (with frequent exclusive first streams of notable releases) rubs shoulders with the cream of the international crop.

Harmless Noise – Nay McArdle’s blog focuses exclusively on the domestic scene, providing the latest news, free music, album streams, live flyers and ever-engaging prose. What ties it all together is her obvious passion for music; next time someone suggests that blogs are dead, send them here.

Breaking Tunes – an ‘online music portal for Irish bands & artists aimed at and sent to the greater music industry and fans every month’, Breaking Tunes provides a valuable first port of call for checking out new sounds, and together with Bandcamp and Soundcloud is hammering the final nails into the coffin of Myspace.