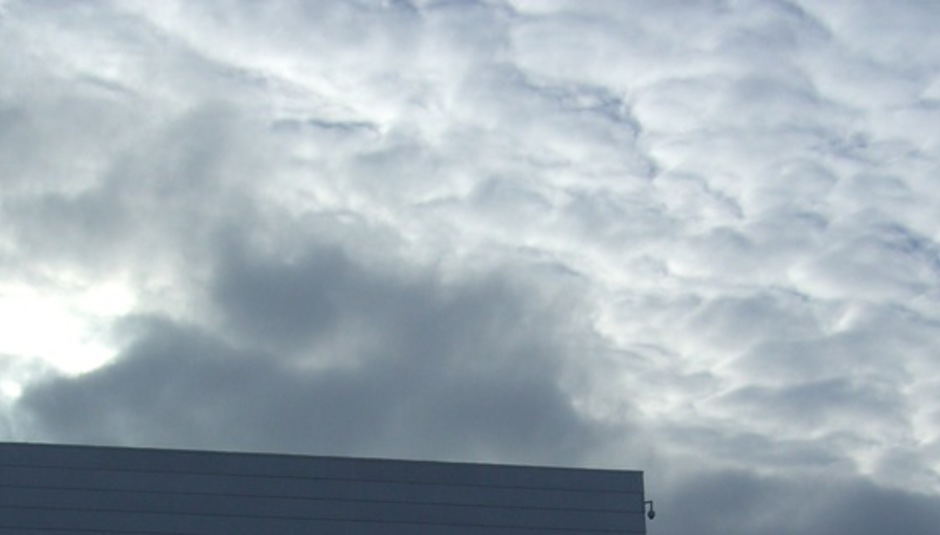 Cults will make you listen to their glockenspiel if it kills them but they are nice about it; pinning you down with ribbons rather than nails. And though ‘Go Outside’ is slight; recorded in a playbarn with crap microphones and filters because crap is cool, it is alright - because playbarn pop means you get music that sounds like it was composed in a ballpool, lyrics tossed off like A Yellow One whizzing past your head, and happy as A Red One you stuff in your pocket and take home for keeps because stealing, also cool. I think I am essentially saying this record is fashionably childlike and childishly pleasant. No? You listen to it then.

I love feat. John Legend, it is one of my favourite .feats. Not least for his thoroughly appealing turn on MSTRKRFT’s ‘Heartbreaker’ which is still (4454 listens later) one of my favourite songs to belt out when I am at home/on my bike and no one else is around. Unfortunately ‘Getting Nowhere’ gets nowhere and it is a bit boring, even though in many respects Magnetic Man are absolutely super. When I think about Magnetic Man I remember conversations in which people told me their album was a disappointment, which is why I am reminding myself and also reminding you rightverynow that they made the record they wanted to make, not the record you wanted them to make, and it’s OKAY, everybody BE COOL.

The Shoes have a bit of the Beloveds about them on ‘Wasting Time’. And though I am not insensitive enough to try to draw a parallel between glassy French pop and novels about the psychological impact of slavery, don’t tell me my brain didn’t go there because believe you me, it will go ANYWHERE with NO in front of it, you just try and flipping stoppit. Anyway, here is Esser to save me from a career-suicide of a paragraph, this being his second appearance on a Shoes record where he fits just right, just like shoes would when ladies fitted them in plastic gadgets that slid to cup your feet. Mmn, having your feet 'cupped'. Oh man, I miss that about buying shoes, there was something not quite right but absolutely heavenly about it, as if the person fitting the shoes was like, your slave or something. I mean, I realise I have now made a parallel and I should cut it but I can't right, because someone once WASHED MY FEET before I had a massage and don't get me wrong but I sort of quite liked talking to them while they sat on their knees and I pretended I was Cleopatra, so few opportunities in modern life allow you to get away with this kind of thing. Anyway. I would quite like Esser to just ruddy well get on with it and join The Shoes. Can someone make that happen please?

Austra are new to Domino, and they are a bit Karin and a bit Ladytron. That was what I was thinking; ‘Karin spooky drawers has a flipping lot to answer for’ more specifically. AND THEN I GOT TO THINKING, like a Carrie at my calculatron. HOW MANY BANDS ARE THE SAME? In case you were wondering and even if you were not, the answer is LOADS. And that is why we should welcome Austra, because despite sounding a bit like a few other dark pop bands that have A Wimminz in them, they are really real good. Sorry Austra, I forgot myself and I regret myself.


‘I wish I cared about the things you care about, but I don’t,’ isn’t a bad refrain for a chorus, it has a neat honesty. So perhaps ‘Locomotive’ should be the record you reach for the next time someone tries to explain in massive detail why Prog/Greebo/Trance/Industrial are actually good. Just put it on really loud and nod enthusiastically, no one’s going to know when that massive scratch happened and no it won’t play oh dear let's put something else on why not Keane yes Keane because Keane are lovely I don't know if you know that oh whoops I appear to have trod on Tarqus. Also on 'Locomotive' Alex is doing a quite good impression of Kate Bush and there are rumbly strums happening in the background as well as a dollop of impenetrable and non-specific, electronic wash. All of which should make it hateful. It’s not.

Malachi have been taking tea with Gonjasufi or at the very least, I am going to put them in a similarly-shaped shoebox because the vocals on this are proper swampy, it is brown music but it has got gold bits in it but they might not be really real gold bits because Malachi do not deal in nice. ‘Let ‘Em Fall’ is overall quite big on wah-wah when I was actually in more of a woo-woo sort of headspace and they do say ‘wawn’ when they really mean ‘want’ but do you know, I didn’t mind, I know if I put this on when I am doing the ironing it will make the IRONING more ROCK and the creases will come out PROPER DEFINED. Also it’s got squelches on it, I like squelches.

Don’t go to The Sassy Shop to buy sassy because Lady Chann has bought it all, she has nabbed all the shares and now 99.8988% of the world’s sassy belongs to her if you open a can of sassy Lady Chann will flop out of it all sassy, like and if you say the word sassy it will not come out of your mouth because you will say Lady Chann instead and when you try to actually be sassy it will go well wrong and you will be a morsel fierce, AT BEST. This woman is sassy. I like her. I think her record is good and it puts me in a good mood. That is literally all you need to know about it.

Caitlin Rose - ‘Own Side’ (Names Records)

Being fond of songs that talk about what happens at the end of the evening when everyone has to go home but you don't get to go home with the one you want to go home with, I am predisposed to Our Caitlin's latest. And though it is not remotely like one of my favourite songs in this category (hello, Benji Hughes’ 'Why Do These Parties Always End The Same Way?') it is still all very darling, even if it provokes churlish thoughts about boys who will listen to this song for the precise reason that they fancy themselves Caitlin’s rescuer, all I’LL GO OUT WITH YOU CAITLIN, I WILL. AND I WOULDN’T HURT YOU LIKE THOSE OTHER BOYS DONE, and even though I don’t believe you because you are all liars, rascals of the very worst sort, there’s no denying it; 'Own Side' is deceptively plain songwriting that only the nasties could object to. It’s not Single of the Week because I could do with a few more smudges on the lyrics; simplicity is a wonderful thing but – and perhaps particularly with country music – you want a bit more metaphor for your money. Windows into the soul are all very well, but I think I prefer the ones that provoke a person to call out a man with ladders.

I am sorry to say I think Miles is making music for blokes to listen to and Chief Rock Writers to write about. Either way it is not for me.

David’s Lyre isn’t even called David, he is called Paul. And he is making slightly cold, slightly baffling pop music that manages to distance itself from its folkally vocals by dint of using a slightly lazy, slightly dischordant and slightly evil brass section. There’s a few drums being smashed about here and there, but it’s not one of those ackfing awful folk singles where a bit of fiddled electronics tries to draw a veil over how HUGELY BORANG most folk is. Also, Paul sounds like a more radio Him Out Of Villagers. Basically if everything on this single was ramped-up in a get-off-your-bike 1:4 fashion, I think I could really fall in love with it. For now though, it’s just getting a cursory fumble (front seat, top on).

In Photos: Feeder @ The Roundhouse, L...