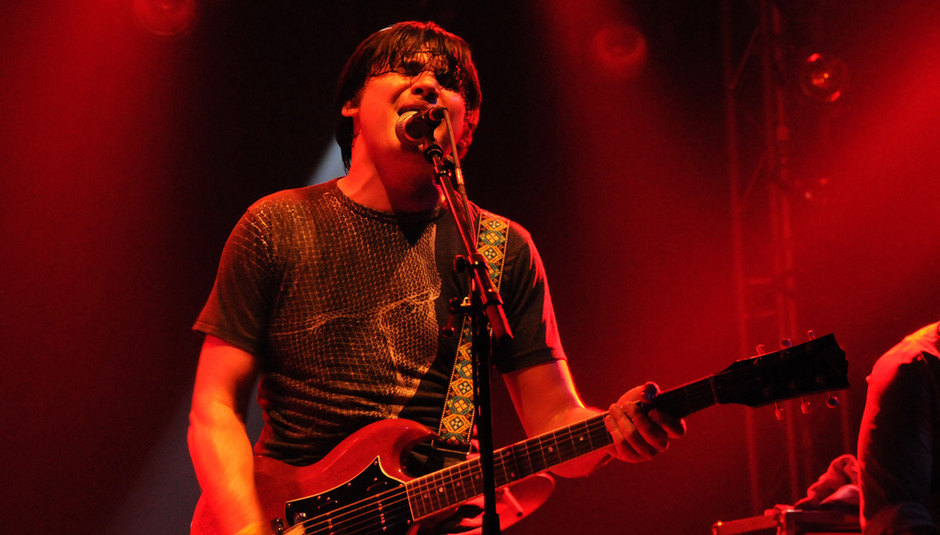 Spotifriday #78 - This Week on DiS as a playlist

Spotifriday #78 - This Week on DiS as a playlist

The newest edition of Spotifriday, featuring bands who featured on our website over the past week. They include the wonderful PJ Harvey, Girl Unit, The Veils, Trail of Dead and a fair few more. Click here to listen to it. If you want.

Polly Jean Harvey returns to the fold with a new album, which is primarily "about" World War I. It is a fantastic document of music as Andrzej Lukowski attests to in his review, awarding it 9/10. It's worth every one of those marks and "that bugle" achieves its aim, I'm fairly sure.

Veils' new EP got a review this week and although it's one we've been waiting for for a while it doesn't exactly excel, according to our review of it. All of the tracks are quite short but whether this is a good or bad thing we're not sure.

As time goes on and on and on, you do realise more and more what a precious talent Gruff Rhys is and that he should probably be celebrated a lot more than he currently is. Anyway, he releases a new album, entitled Hotel Shampoo, which is quite good and can be read about here. 'Shark Ridden Waters' is on it, by the way.

Swedish people The Radio Dept. released a compilation of singles this week. But not just any old singles, no. Specifically their singles, and specifically singles from the years 2002-2010. It got 9/10, which isn't bad now, is it? Read the review here.

I haven't the slightest clue as to what Cosplay even is, let alone related to radio play. Anyone? Perhaps we can find out from reading Marie Wood's review of the band's new record Tao Of The Dead. Perhaps not, but it's certainly worth a read regardless.

Sometimes interviews go wrong and occasionally very, very badly. Now, this wasn't the case here as such, but it may as well have been. Actually, not having a decent recording is no use at all - and shorthand could not have saved anyone here...you can win "something" if you decipher our interview with Andy Gill from Gang of Four. Good luck, you'll sure as hell need it.

It's been a fair while since we've heard anything from Birmingham's finest noisy-pop trio, which is exactly why you should read this interview with them. It's very good.

As of today anyone who says "I don't get Best Coast" is dead to me. What is there not to get? Pop music? You don't like catchy songs? What the hell is the matter with your brain? Of course, that's my opinion and BOY am I entitled to it! Beth, Bob and Ali announced some UK dates for later this year, this week.

WUT indeed. There are few other words which do this track justice. Rory Gibb talks about Girl Unit's WUT EP in the new Subliminal Transmissions column which this week focused on R 'b' Bass. An insightful read, as ever.

I hate sorrow. But Wendy Roby likes this track as she awarded it Single of the Week, writing: "Sorrow, Sorrow’ is not a wallow; it does not want to drag us through hedges leafed with torment, and it does not want to show us the first edition Camus it once bought in a Parisian back alleyway. Because even though it wants to sing us a song about trying and failing to get rid of its demons, it wants to make said song sound like angels; angels that are dipped in honey, the sort of honey that unlocks locks. The door swings, Indie smiles. ‘Pop darling, I think it’s best if you go.’"

Click here to listen to this week's edition of Spotifriday and here to browse through our archives!

PLUS! Heres an extra Spotifriday bonus for you all, seeing as Lady GaGa premiered her new song today on Perez Hilton's website and...well, there are a lot of songs which already sound like it, we've got a playlist of those on Spotify. ALL SONGS WHICH SOUND LIKE 'BORN THIS WAY' where she mentions the band H.I.M, possibly. Here it is!

In Photos: The Penguin Cafe Orchestra...