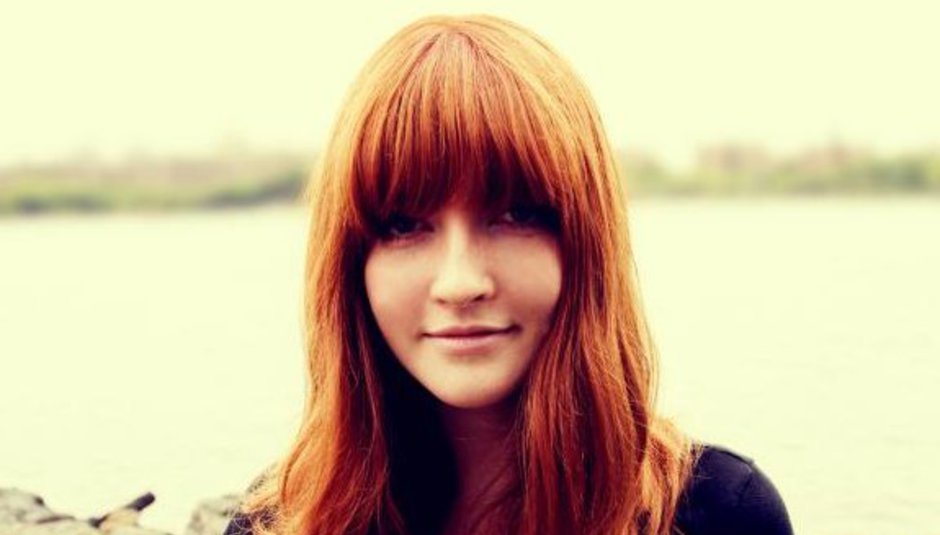 This week's selection really is a bit marvellous, from the giddily incorrigible Physical Forms to the sheer flipping beauty of La Sera. Thanks very much music, you are quite good.

La Sera’s attack of the vapours comes ambling along like warm breath on your neck, its slide guitar soaring in a way not unlike that used on ‘Fade Into You’. Less super than that, obviously, but in the same ballpark of drifts and sunsets and noises that ooze, rather than clank. I am automatically predisposed to any single that begins with an elongated trill of the word ‘You’ and which then falls slowly away from its central premise; which seems to be that if you fall in lust with a devil, he’ll get bored before long - however hard you try to be the one that saves him. Lady and gossip mags have long peddled the idea that this is possible - that there are on the one hand Right Sorts, and on the other, The Women Who Tame Them. And obviously it’s all utter balls, but La Sera do a good job of making it undread, the overall effect being rather like watching someone fall to their death, but shot on cine and slowed down. And even though you know it’s going to end in tears, you should be able to suspend your cynicism for two minutes thirty, this is called hope. Love you, Hardly Art.

Deerhoof feat. Busdriver - ‘I Did Crimes Behind Your Eyelids’ & Physical Forms - ‘On The Brink’ (Brillopads split 7” on Polyvinyl)

I run the risk of putting you all right off Physical Forms when I say there is something actively Alphabeat-y about ‘On The Brink’. But lord alone know it is instant, you could put it in a mug and pour hot water on it and it would be ready before you had set the kettle back on its magic button. Even the chiptunery of the initial keys are not enough to stop me clutching it to my massive melody-susceptible heart. It's a song about joy and it sounds like one. I absolutely love it, naturally.

'Buffalo' beams into being in quite delightful fashion, it is The Phoenix Foundation fading up the colour on the world and they definitely want you to join them, they are prepared to use an analogy about large brown mega-cows marching through water to get their point across. And as the guitar lines waver and chime, one is quite inclined to - even if massive animals such as these ones really just put me in mind of steak. Some absolutely wonderful busted bass on here too. Rousing.

‘Why Weren’t The Messages Sent’ came out in 2009 and had me floored, it had the most propulsive drums since Mr. Thom Yorke chinny reckoned he was being pulled a-part by hor-ses even though I am 99% positive he was really curled up in an armchair with a nice Danielle Steele. And man alive, was our Dave angry; he had definitely been on the phone to a customer service representative and they definitely wouldn’t let him speak to their manager so he was well narked. All of which meant I got very excited when I saw he was backbackBACK, especially now I see none of his rage appears to have dissipated. ‘Only Me I Can Save’ will make me abominable and wheel out phrases like ‘fulfilling early promise’ and he is still very much all about the percussion - but we need music this antsy right now. I mean, despite just looking out of the window and my woman-mind wafting up the actually quite pointless thought ‘Oooooo, tree,’ I still feel this is music for barricades; it’s not explicitly political but it could provide a useful soundtrack if you want to get yourself worked up about What Is Happening. Them Winshaws are going to dismantle the lot, you know, right before our eyes. And we won’t get it back.

‘Walk with me!’ sings Mike, and though he isn’t proposing you take a turn about Pemberley’s magnificent gardens, it is still diverting to imagine what a wondair and utterly rogueish, be-smocked 19th Century urch he would make. ‘Going Through Hell’ will sound at first like the fight in your face it at times suggests as a sensible antidote to the doldrums; but at around listen three it all starts to make an appealingly boyish sort of sense, I thrilled at Mr. Skinner all anew. One, you have to remember how many points he will always have banked for Original Pirate Material (not one note or syllable of which sounds any less fresh or amusing today). And two, this is far better than it first appears, it is all the world’s cheeky come at once despite being about harnessing your anger when all about you are trifling. Mike has no top on from about 01:25 onwards and there is a shout out for ‘beefy’ at 02:49. I love him, I think in part because he looks like all the hard lads from my rum old Comp who I secretly thought terrifyingly sexy. I also think there is a good point in here somewhere about rage, and how when it is harnessed it can be incredibly useful. I need hardly point out that I am not advocating lamping people to make you feel less depressed, more that the decision to not TAKE IT ANYMORE can spur you into a better place, it can spur you alright. Oh, okay, Mike's not saying that at all is he? I'm projecting.

Standard Fare are here to sing to you about a Kudzu girlfriend, which on the evidence of the lyrics, is the sort of girl who gets too keen, too fast. But Standard Fare are only interested in quick shags and the Alphas, so your ringing and texting them every five minutes just gets too, too barrassin and cringe; they’ve had to sing a song about it to make their position quite clear. Back off and be cool, essentially.

Having not been able to locate a copy of my beloved First Aid Kit’s take on Buffy Saint Marie’s anti-war pop tune, I did the decent thing and listened to the original. Whereupon I decided that I didn’t want to hear FAK’s version anyway, because I am definitely allergic to the concept of war being bad in music. Protest songs – much like reggae – seem to be musical forms that have the precise opposite effect on me to that which is intended. So when I hear about universal soldiers fighting pointlessly for all of us, I want to push the big, red Oval Office mushroom-making button that says ‘don’t’. Similarly when people will insist on singing about ‘easy skanking’, instead of it making me smile, I want to shout STOP BEING SO FUCKING CHILLED OUT YOU MORONS. Man, I’m so contrary, it definitely makes me interesting.

Papercuts - ‘Do What You Will’ (Sub Pop)

Do what you will, Papercuts don’t care; being the aural equivalent of the sort of men who say ‘I don’t want to fight you’ when they find themselves, whoops, in the wrong pub. Nothing wrong with that of course, although I do like it when said un-scrappy and un-scarred men add the word ‘mate’, as if it will make a blind bit of difference when a Stella’d lump fancies a bit of a dance. Here Papercuts do a fine job of not expending any energy on singing when breathing will do, and though I make this observation from my perch of a barstool - careworn eyes rolling, occasionally stopping to say ‘Leave it out, boys’ - secretly I quite like these weeds, there’s a lot of it about but you know, it works. Anyway, one day I’ll get glassed in the Ladies and it’ll be the drippy ones who walk me home, just you wait.

‘My house is naughty,’ sing Hercules and Love Affair to the general accompaniment of the dubbiest of 808s, whereupon I wondered at the fetishisation of the eighties and especially Acid House – one wonders if it would have quite the same half-remembered cachet if a) amazing books had not been written about it for the precise edification of the peepul who WEREN'T THERE and if b) the clubbers themselves had been dressed differently and had not worn terrific white jeans or alternatively c) there had been more jugglers. It’s not that ‘My House’ isn’t perfectly serviceable, just that it has tipped right over the creative precipice from ‘inspired by’ to ‘parodically reminiscent of’. But it is well cool so that is okay.


Wendy is on Twitter, here. This week she is mostly going to be learning mildly and not-so xenophobic footer songs. Imagine!

Esben &amp; the Witch on their favour...

In Photos: Adele @ The Tabernacle, Lo...