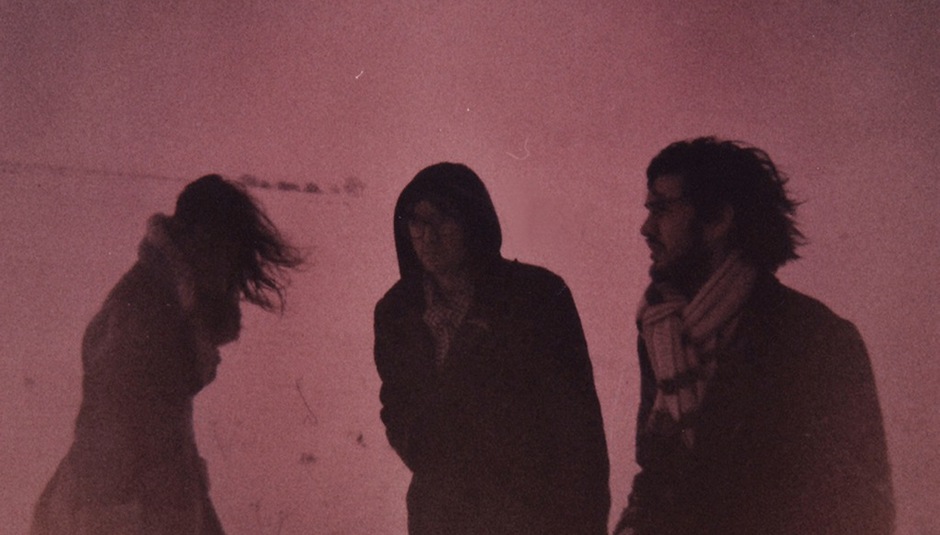 Rachel from Esben & the Witch: The Importance of Words

Rachel from Esben &amp; the Witch: The Importance of Words

Rachel from Esben & the Witch talks about her relationship with words and her favourite lyricists.

Brief notes on my relationship with words – by Rachel Davies

I’ve always spent time scrawling, from childlike fantasy stories to teenage angst opuses to now hopefully slightly more sophisticated musings. Creative writing is something I’ve always loved and admired. From being seduced by the lavish indulgence of the romantic poets, smiling at amusing alliterated newspaper headings, marveling at a stranger’s turn of phrase, and feeling almost nostalgic about the dying use of archaic colloquialisms.

When I do find myself with pen in hand, I find it more of an urgent rush to get the words transferred from brain to page, before they float away. Sentences will get tangled quickly in my head so upon conception I try to jot them down instantly. My memory is also appalling, so I always try to carry a notebook, or at least some scraps of paper to scribble down some thoughts upon their arrival, often gibberish jotted on the backs of receipts or old waitressing tabs.

I have books upon books of scattered concepts and meditations on many things. Many terrible in retrospect but some I’ve thought worthy of developing. Some of these husks have evolved into songs, whilst others remain relegated to the depths of drawers, some skeletons never to be seen again, others patiently waiting to be considered and rebuilt at a later date.

I love the simple way that combining two words that may seem initially unconnected and possibly jarring, can by their unusual juxtaposition conjure strange images. Images that could be perceived as beautiful, ugly, nauseating, or fantastical. Images that stimulate the imagination and stir up emotions. Emotions that may have been dormant and languid or feelings that are still raw and delicate.

I’m fascinated by the various ways that language can be used to conjure up beautiful and intriguing imagery. Poems or lyrics can be cloaked in fanciful metaphors and similes or can be brutally honest and almost confrontational in their literal nature. They can rhyme eloquently with rolling rhythms or ramble and meander organically.

From romantic poets such as Blake, Byron and Baudelaire to contemporary poets such as Anno Birkin, Ted Hughes and Sylvia Plath, all share a sense of escapism, of rich dreams and bleak fears, of landscapes and lust, colours and creatures. They have a way with words that makes them feel almost palpable. They all express and explore themes of passion and all its wild phases; love, desire, anger, madness, violence and melancholy.

‘When steady rain trailing its giant train, descends on us like heavy prison bars, And when a silent multitude of spiders, Spins its disgusting threads deep in our brains.’ – Spleen IV – Charles Baudelaire

When certain themes of dark romanticism are combined with rhythm and vocal delivery I think something absolutely incredible can be created.

Years ago I read a newspaper article about Anno Birkin, a short article about his sad untimely death and unrecognised talent as both a poet and a musician. I completely fell in love with his writing and through this discovered his band ‘Kicks Joy Darkness’.

‘Don't fear the other - his claws or his cage. His rage is your rapture. Capture this light ‘fore it sinks beneath the mountains bathed in blood ’ – ‘Like Light’ - Anno Birkin

Joanna Newsom is I think another wonderful example of a current lyricist showing great originality, daring to use language in a way that is intricate, complex and vibrant. ‘Y’s’ in particular shines through as an exquisite collection of words set to equally exquisite compositions and is one of my favourite albums of the last decade.

‘And when the bread broke, fell in bricks of wet smoke. My sleeping heart woke and my waking heart spoke’- ‘Only Skin’ - Y’s

I greatly admire lyricists that are not afraid to explore song writing in the same way as you would poetry and feel it shows a certain level of bravery, opening yourself up to the occasional suspicious cynic that treats poetic writing with a degree of scorn.

GY!BE and A Silver Mt. Zion in particular, are bands I love for this reason with their unashamed way of approaching words, especially when coining titles like ‘This Gentle Hearts Like Shot Bird’s Fallen’ and ‘Stumble then rise on some awkward morning ’ .Titles that wouldn’t be out of place in the contents pages of a poetry anthology . The album title ‘He has left us alone but shafts of light sometimes grace the corner of our rooms’ is one of my all time favourite album titles and fits the music perfectly.

I was lucky enough to see A Silver Mt. Zion play a show in Brighton a few years ago and remember vividly getting goosebumps on the last refrain of the lyrically magnificent ‘Black Waters Blowed/Engine Broke Blues’ when Efrim Menuck sings ‘We’re building trainwrecks, in the setting sun, the setting sun’ over and over again, culminating in an epic caterwauling climax. Magnificent.

Liars are another great example of an amazing band whose use of words for their titles such as ‘They Were Wrong, So We Drowned’ and ‘We fenced other gardens with the bones of our own’ I think are just wonderful.

So many awe-inspiring poets, artists, and lyricists encourage me to continue writing, continue learning and hopefully continue to improve. It’s quite reassuring that in an age where it’s sometimes seen as an embarrassment to embrace language and vocabulary or as a ‘pretentious’ endeavour, the modern poet still exists and will forever astound me with their beautiful words.