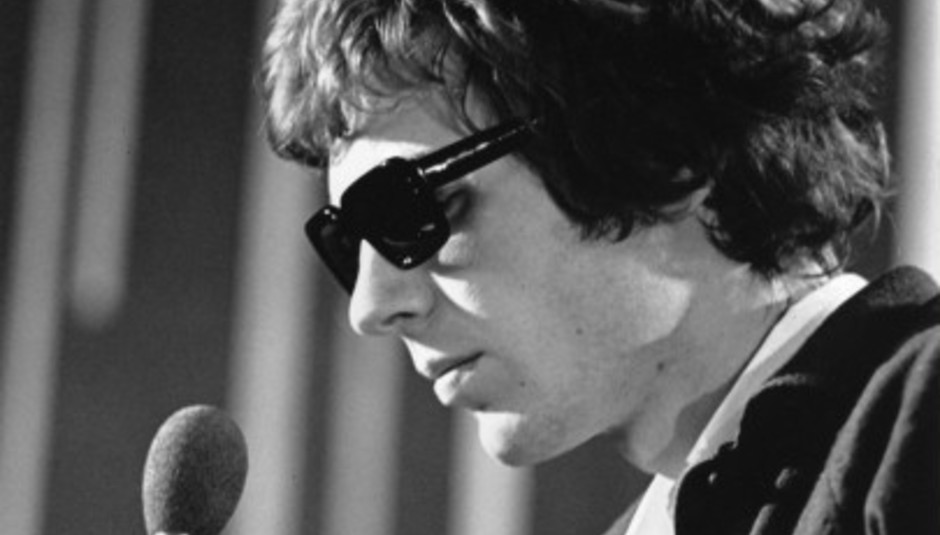 Daniel from Esben & the Witch: "Why I Love Scott Walker"

Daniel from Esben &amp; the Witch: "Why I Love Scott Walker"

My first introduction to Scott Walker was on a wintery morning inside the warm belly of HMV Southampton when I was a Christmas temp there. I recall restocking the Bestsellers of the day (Hard-Fi, Westlife, Nizlopi) at 6am and the gentleman I was working with chose 'Scott 2' to listen to. The opening song was 'Mathilde', and I was awestruck by the pomposity of the arrangement and the theatre of the song. Although I had no idea who he was at the time, Jacques Brel was a later obsession I acquired through this introduction to Scott Walker. I listened to the whole of the CD while counting the gaps on the shelves of the chart toppers, fascinated by the scope and ambition involved, particularly given the context of music I'd encountered that was recorded during this period.

From here I began, where everyone begins I presume; 'Scott 4' then backwards through the solo records.

'Scott 4 is in my opinion a wondrous album, a fantastic balance of pop sensibility, hooks and delicate inclinations towards what was to come in his later records. The Old Man's Back Again is almost Phil Spector-esque, using big band production, sheen and accessibility; even within a song that seems to infer triumph, the vocal tone and delivery imbue the sense of the macabre and a sadness which is less imbued and more the centre of pieces like The Seventh Seal.

These first 4 solo albums are particularly interesting when exploring Scott Walker as a songwriter. A majority of Scott Walker's first three solo albums were either covers or songs written by hired songwriters, as was typical of the time, as due to a strict recording contract his self-penned efforts were vetted before considered for record release. 'Scott 4' was the first instance in which he had the level of control he had desired over the album, which certainly shows in the consistent standard of the songs, and in its originality and daring as seen in On Your Own Again. However, it unfortunately suffered a severe dip in album sales. This could partly be blamed for its release under his birth name - Noel Scott Engel - rather than under his moniker, which has since been changed in subsequent re-releases. Scott Walker feels the poor sales of 'Scott 4' could be blamed due to most of the album being in 3/4 tempo.

The most disappointing impact of poor record sales was not the re-introduction of hired songwriters for Scott's future solo albums as you might expect, but rather that he lost faith in his ability to write and that he stopped writing altogether. He discusses this period as one of his biggest regrets in Stephen Kijak's phenomenal documentary '30 Century Man' which is essential viewing for anyone with an interest in recording and writing methods.

Having discovered Scott Walker's early solo albums, I had not particularly dug into the story of his work, and the musical journey he had undertaken in the time between the present day and 'Scott 4'. Idiotically, I had presumed that as an artist of his time, and once the fashion of the era had passed, Scott Walker would have passed into some sort of sedate retirement alongside his musical contemporaries. My first error was to mistake him as an artist of his time and secondly, to presume that he had stopped producing albums. I then stumbled across 'Tilt' one day in Resident records in Brighton. Tilt was unlike anything I could have expected, and found it to have the same effect on first listen that the majority of my favourite albums have had on me, enraptured bemusement. Given my experience of Scott Walker (I came to 'Nite Flights' and 'Climate of Hunter' later) the first track Farmer in the City was astounding. The rising strings swaying, seemingly tempo-less across the room, and this aged and trembling yet still beautiful and recognisable voice, sat awkwardly atop them reciting the verse of Italian poet Paolo Pasolini.

Further into the album, Bouncer See Bouncer is all repressed aggression and tension with its twitching, rattling intro, before briefly flowering to then return to its unsettling beginnings, whilst The Cockfighter seethes and hisses exquisitely. 'Tilt' though - as it transpired - was a dress rehearsal for what is in my opinion not only Scott Walker's finest work but is also quietly becoming (if that's a word you can use connected to the album in question) my favourite album of all time.

'The Drift' was released in 2005, but sounds like it could have been released any time between 1950 and 2200. Its timeless quality comes from the insistence of acoustic recordings and the closeness of the audio to the ear of the listener. I am unaware how this is achieved, but I have heard that it comes from the album not being mastered rather the volumes just being pushed. This effect feels uncomfortable, the voice seems to pierce you and drum hits feel as if they are in the room, strings fracture, splinter and splice through bar after bar of one horrendously sustained note. This makes the album a thoroughly tough and impenetrable listen (for me anyway) but the rewards garnered from commitment to the album as a piece is unparalleled. There are too many moments of tremendous genius contained within 'The Drift' to sit here and extoll their individual virtues without boring everyone senseless (if I haven't already) and inevitably the more sensationalist elements are talked about more often than not, the meat beating, the donkey howling, but its the subtler moments than that which really set it apart.

Sonically 'The Drift' is so diverse and sporadic, and dynamically varied musically that you could easily never mention the lyrics while over excitedly ranting at someone about it (which I may have done repeatedly while drunk) and that is a testament to its majesty as a musical endeavour. Lyrically Scott Walker's elliptical references and the imagery he conjures throughout 'The Drift' turn to both the beautiful and the horrific. I will not embarrass myself by trying to dismantle and understand the meanings of his lyrics, but examples are manifold of his grasp of wordplay and his handle of how to place lyrics within a musical context. "His obsession with moon/ its influence upon men of affairs" from Clara explores Mussolini's many superstitious inclinations, and does more than glibly refer to this. It conjures a scene for the listener from the point of view of his mistress of a distrustful man trying to attach reason to what he can't control. "A Fugleman moves/ in lung-smeared slides and corridors" from Cue, containing lyrics that reputedly took 12 years to complete, constructs this idea of an organ plated corridor, dripping. What Scott Walker does particularly well is to leave enough space and inference in the lyrics for the listener to appropriate their own particular fear or horror to the landscape, thus intensifying and personalising the experience.

Even further than this, his use of lyrics in conjunction with the music is imperative to the impact of certain songs lyrics. In Psioratic, the use of a recording of a bin to imitate a thimble being moved, conjoined with a metal bar being struck in a snare like fashion (all 5th and 13th beats) and a rarely tempo driven vocal melody only makes for a more unexpected and disjointed listening experience. However, the most striking moment of this ilk is on Cue when the vocal declares almost impassively "Bam, Bam , Bam, Bam" which immediately is to be retorted to in a call and response fashion by an intensely close, almost intrusively raw sounding drum in what appears to be a deliberate blurring of the lines between the vocal as the narrative, and instrument as the accompaniment.

The only moment 'The Drift' falls away, ever so slightly, is in The Escape which is a slightly clumsy ballad akin to his prior material but the final track A Lover Loves finishes the piece on a surprising turn as the composition and arrangement is stripped down to just a dry vocal and acoustic guitar. This is one of the more traditional vocals on the album, interspersed with an aggressive 'pssting' as if a secret is being disclosed to the listener. The chords then discord and the beauty becomes less tangible but you can still hear the original melody within the song before it returns. This is another recurring theme of the album, a desire to juxtapose beauty and horror and a desire to push the commitment of the listener.

The influence of Scott Walker on myself is indisputable and although probably (possibly, I can't say) not apparent in the sonic palate of our album, it certainly influenced the structuring of songs and the production. I cannot recommend 'The Drift' and 30 Century Man enough to anyone.

The issue I have now is that I have not yet discussed a majority of his material, most prominently 'Nite Flights', the final Walker Brothers album, or 'Climate of Hunter', and I am already comfortably in excess of the word count allocated for this article and am also probably becoming quite tedious in my adoration. To finish I wish to mentioned one particular track on 'Nite Flights', written aside from his band fellows. The stand out piece of this album is comfortably The Electrician which also ties into our article on movie soundtracks, as it is used in one of my favourite intro scenes of all time, at the beginning of Bronson… Enjoy.