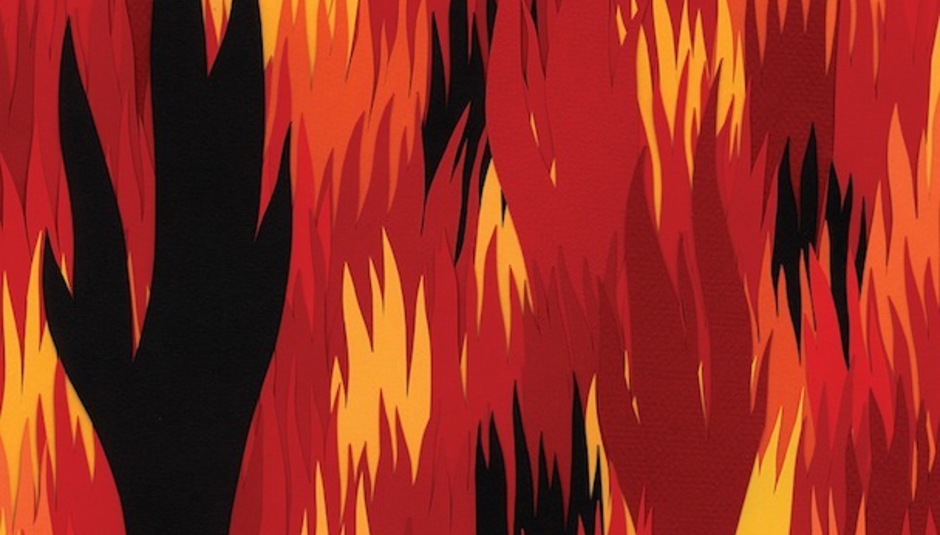 Yesterday, DiS reviews editor Andrzej Lukowski revealed the 11 albums he’s most looking forward to in 2011. In part two, DiS founder/editor shares the eleven he's breathlessly anticipating the release of, ahead of tomorrow's guide to debut albums/new bands we're excited about...

It will be “very, very, very epic," and it is nearly finished or so we hear. The previous M83 record Saturdays = Youth was DiS' album of the year for ‘08 and he’s got one helluva act to follow but if anyone's gonna step up and create something even more eye-lid-liftingly epic it’s Anthony Gonzales. Assuming, David Byrne's theory about how architecture and context impacts music, it's going to be really interesting to see if playing those stadiums with Killers and Kings of Leon leads to an increasingly anthemic set of songs i.e. is it going to be such a crime or much of a shock if he writes some massive shoe-gaze radio hit? Lord knows but I can't wait to hear it. Here’s what Mr Gonzales teasingly told Pitchfork the record will be like:

“Very, very, very epic. Very orchestrated.. It’s silly to say, but I feel like this is going to be my best album - my most complete album. I’m turning 30 in December and I feel like I finally know what I’m doing. I’m a bit scared because Saturdays was a bit bright, and maybe people are expecting me to go even brighter on this…. this album is going to be closer to the work I did on Before the Dawn Heals Us because it’s going to be way more cinematic than Saturdays, which was like 10 pop songs. This album’s going to be very long with some spoken word interludes— very dreamy, powerful, intense. It’s more like I’m trying to make the soundtrack to an imaginary movie …I know that a lot of people are going to hate this and say it’s so over-the-top and over-produced, but it’s what I like to do.”

The last ever Bright Eyes album? So he says but then LCD seems to have reneged on a very similar threat. Having heard The People’s Key, I can’t wait to finish writing this blurbiage and listen to it again. Before doing so, what I can tell you is that it is like a Greatest Hits album, where he’s reworked and collaged everything we’ve loved (and others have absolutely hated) about him over the past fifteen or more years - the world-weary rush of frustrated energy, the Elvis-ish Dylanisms, the over-emoted troubles of the soul, the quest for bottled innocence and the inner war with spirituality. There’s the production suss of Lifted... and Digital Ash (which at times sort of hints that Conor and Mike Mogis might go the way of Trent Reznor and end up making some incredible soundtracks), the Scientology-baiting hippy-dippiness of Cassadaga, trembling pianos, tumbling double kick-drums, and the cut up De La Soul-esque samples canoodling with the cartoon-angst of Fevers & Mirrors. The whole thing feels soaked in the heart-breaking honesty of his career-defining opus I’m Wide Awake, It’s Morning but with shimmers of everything else he's done humming beneath and above the surface of it. There’s even a bunch of rattling drum-rolls and yelps that wouldn’t be out of place on a second Desaparacidos record. And, that's not to mention the lyrics about stuff like snuff films on gumbo-trons, which feature on ‘Beginner’s Mind’ which could possibly be his first radio hit or at the very least one of his finest songs, with a universal appeal. If this really is his parting shot, then it has a dignity, poise and grace that never normally accompanies something quite so breath-takingly awesome [insert fanboy whoop and/or fanboy squeal here].

Conor told Rolling Stone that the record has a somewhat swerve-ball reggae influence:

"...the lyrics and ideas of redemption and liberation.... In Rastafarianism, they're talking about fighting back against an imperial power with the best tools at their disposal, which are music and soul and weed and community. The symbolism in that music seemed very potent to me, and very appropriate."

For album three, Natasha Khan ran off to LA to work with Beck, following a surprisingly fruitful collaboration for the most recent Twilight movie (below). We presume she isn’t going to return with some garish boom-bang-bang-a-loon Prince-esque new direction, all dressed up in neon with no 80s marathon to run in but then again...

Let's Get Lost by planned_obsolescence

Always poised to ambush mass culture from afar with his Planet Mu informed glitchy, minstrel/orchestral, outsider-pop, it seems his time to dazzle 'n' shine is imminent. Taking all that he’s learnt at the Kate Bush school of chart-bothering and re-embracing a summery bombasticity that was sort of missing on The Bachelor, he’s only gone and concocted several radio-friendly unit-shifters on Lupercalia. In fact, if Patrick Wolf doesn’t have a fantastic year of gently grazing the ears of the masses, I’ll make you all sit through a Florence and the Machine wailing contest whilst force-feeding you the unsold copies of Little Boots and Marina & the Diamonds’ debut album.

Time Of My Life (Edit) by Patrick Wolf

When it comes to vastly under-rated bands who seem to find the stars maligned, it’s Kiwi-based-in-London Finn Andrews and his swooping bloodied-blues troop The Veils. If only the media made space for bands who aren't brand new or who hadn't sold a bajillion records and those dastardly people wot pick the songs for films, ads and telly programmes didn’t keep using Jeff Buckley and Nick Cave, then maybe, just maybe they’d be a super-massive Rough Trade success story and burrowed deep into the hearts of so many more people. Not that such success matters but it almost seems as if they're making music that not enough people that like this sort of thing have even checked out. With the focus from many indie label releases this year drifting toward niche-aesthetics rather than song-craft and, whatever they release has a good chance. Especially, as it has to be said, there's somewhat of a bit of glut of exceptional brand new bands with an ounce of cross-over potential this year (I mean, I like James Blake an' all but 'commercial' appeal, he has not really got). Expect to hear this record blaring, even if it’s just me getting so frustrated that the world still hasn't caught on and I have to pay someone hack iTunes so that every song on iTunes is one filled with their heart-fracturing melodies. If you can do that, apply within.

Explosions in the Sky

Hark the crying angels sing, news of the return of the post-rock kings... Not much is known about this fifth album by Austin’s finest as yet. Inevitably it’ll probably be describable as glacial or have guitars that chime in ways that is not unlike the sound of thunder clouds collecting. They say Spring, we say ‘get a ruddy move...’

I’ve only had a promo of this for a couple of days but I really like it, in-spite of the fact there's a song called ‘Strange Nostalgia for the Future’. They mentioned Tusk when talking about the album previously but oddly they seem to have invented Byrne-gaze (Talking Heads, not the Scotsman), and one DiS contributor mentioned, er, Men at Work...

Cut Copy - Take Me Over by cutcopymusic

After drifting in hipster-obscurity, that Kate Moss & Jamie thing, like, happened. All the while Mosshart was caught swanning off on various adventures with Jack White. Now, however, the two of them are back together and a new record isn't too far off. The press release preceding the records arrival mentions things about the record like it's “more complex” and “heavier” so we’ll have to see whether they’ve created some new ornate form of throbbing electronic rock’n’roll that’s a bit like Velvet Underground cranked up to eleven or whether it’s more of an Arctic Monkeys on smack sort of vibe. April 4th, Domino, no more details apart from this communique just yet.

One of my 10 favourite bands (so much so I put a record out by them!) but they’re probably most people’s second favourite band from Montreal (damn you Win Butler and/or Godspeed!) but anyway, the good news is they have a new record. For lovers of their debut album, you may also be excited to hear that they have gone back to their original line-up (Gregory Paquet returns on guitar and Dave Hamelin’s now back on drums) and, from rumblings I’ve heard, they have taken their time to craft something truly special. This could and should be the record to take a lot of people by surprise this year - neophilia be damned.

Much like the mere idea that The Avalanches and Tom Vek might return in 2011, excitement surrounds a response from the French electro-duos PR that it isn’t out of the question that there will be something new from these chaps in 2011. However, I doubt anyone would be shocked if they put stuff out under a totally different name with a whole new concept. Meanwhile, whilst you’re waiting, Gespard and Mr Oizo just released a soundtrack album for a film called Rubber.

C’mon Gwen, comeback and save pop music please, Gaga is running amok with your crazy-pop legacy and Girls Aloud seem to have given up ooohing. Meanwhile, Minaj’s take on Grace Jones awe-inspiring-madness turned into an album that didn’t live up to the singles (some Rihanna-y ballads..?!) and people just didn’t catch on to Kelis’ incredible album last year. Maybe launch the new record with a Bowie duet, just to piss Gaga off?