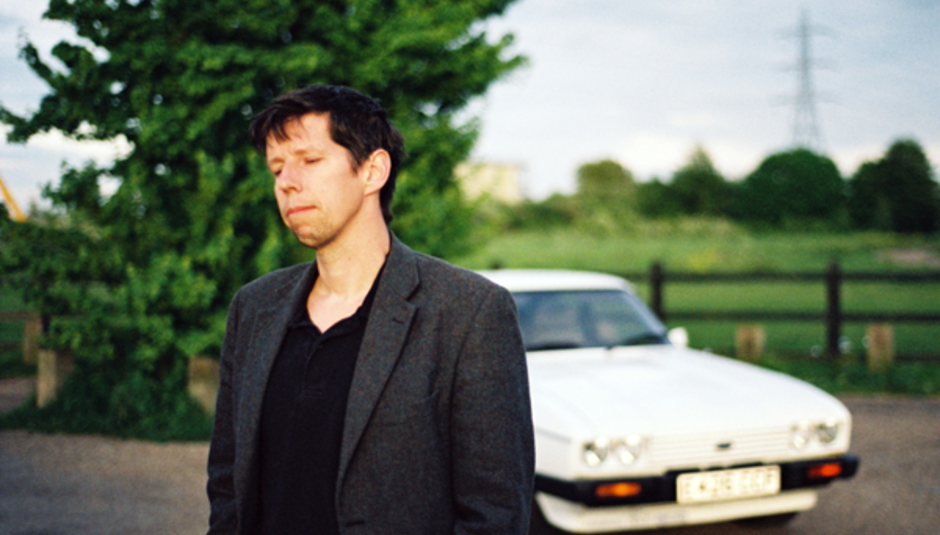 With October’s Essex Arms, Darren Hayman and his Secondary Modern released one of the great records of 2010. Not only was it a lovingly crafted take on, amongst other things, small town angst and ennui, (it was basically a better The Suburbs, with just as much aimless driving but slightly fewer references to "The Kids"), but it also managed to achieve a strange sense of beauty with the Essex badlands as its canvas.

It’s relatively easy for Springsteen to dig around New Jersey for battered dreams and scuffed heroes when he has the vastness of The American Dream to fall back on. But you have to be really clever to draw out the same sense of romance and piquancy with Essex as your muse. But this is exactly what Hayman achieved. So maybe he could’ve been content with creating some of the best music of his career so far and spent the New Year with his feet up reflecting on a job well done. Instead he’s decided to write, release and record a completely original song for every day of the coming month.

Interested in where this enforced restrictiveness will lead to and how it will impact on a creative process Hayman might’ve felt so relatively comfortable and familiar with up until this point, this promises to not only provide some lovely material from one of this country’s most undervalued songwriters, but also give an illuminating insight into the creative process with an effort to understand the artist’s relationship to his craft. So you should keep track of his progress at http://januarysongs.tumblr.com/, and keep checking back to this site where I’ll be writing some words about the project throughout the month.

Coming on the morning after the night before and all ready to sweep away the last traces of Christmas twinkle, ‘It Was Over’ is a suitably grizzled shuffle that positions itself firmly on the sofa with the curtains half pulled and a sickly sea of Quality Street wrappers lapping at its feet. As Hayman states in his video diary, what better way to begin this project than with a tale about something ending. And, as you might imagine, that ending concerns a relationship that has run its course. So our tired narrator is left to mull over the minor details that matter the most, ("she left the blood-red sweater in my drawer, she left the keyring on the keys to my door, I never took a photograph of her walking boots lying on the floor"), and we’re left to enjoy a LOVELY start to the project.

Bloody hell. And twenty-nine more to come? This project really might turn into something quite special indeed if this second offering is anything to go by. In his video diary, Hayman tells us that he generally sees electronic music as something "quite controlled", but ‘Bad Technology’ feels as free to amble as a breath floating towards any space it sees fit. Beautiful.

It’s only the third song, but this one will definitely be my favourite*. Living up to Hayman’s collaborative hopes for the project, a girl called Rebecca has recorded some Bass Clarinet for ‘We’re Staying In’. And it’s completely and utterly wonderful.

*(If the songs keep being this good, I might say this everyday. A bit like when that friendly ghost tells those dancers that ‘they’re definitely his favourite’ on that dancing programme. Actually, because writing words takes effort, in an ideal world I’d just review all these songs in the Strictly style by posting videos of myself sitting on the sofa holding up a stick with a score between one and ten on it. But you’d like that wouldn’t you, you filthy number-lovers. That’s the only thing the kids want now isn’t it? A score out of ten? Well, I’ll tell you now, there’ll be no numbers here for you. Just words, words, words. BUT… In the interests of laziness, I might try the number-stick thing in a few weeks. Should start making a number-stick.).

I knew the level of quality couldn’t last because today’s song is well shit. ONLY JOKING… of course we’re offered up another real treat again. But this is possibly in danger of getting quite boring very quickly if it just turns into me repeating ‘another great song’ every day. At the very least, I’m going to run out of adjectives soon. God Darren Hayman… what a selfish man.

January 5th. ‘Hold Back the Clock’

"We cannot hold back the wind. But we can direct the sails". So says Hayman’s calendar on this day. My ten-year old self would’ve probably wanted to make a joke about that gas that smells like faeces that sometimes comes out of your anus. But I’m far to grown-up to make a fart joke from the word ‘wind’. Anyway. Today’s song is ‘Hold Back the Clock’, created with the help of David Sheppard who, according to Hayman’s notes, calls this song a ‘Leonard Cohen-style lament’. This reminds me of recently watching Cohen documentary ‘Bird on a Wire’, one of the all-time great music documentaries, but only if you treat it as a spoof about an earnest singer-songwriter who recites awful poetry and flirts badly. Then it’s hilarious. If you treat it seriously it’s pretty shit. But there’s one scene where a journalist asks all these deep questions and Cohen tries to give all these deep answers, and when it’s done, Cohen asks if he can listen to it back, but the journalist’s tape hasn’t worked. HA. Funny man that Leonard Cohen. Hayman is also a funny man, although I suggest that he is funny intentionally. To see Hayman being funny, watch his January 5th video diary in which he makes very funny use of the word motherfucker. It’s all in the timing, etc.