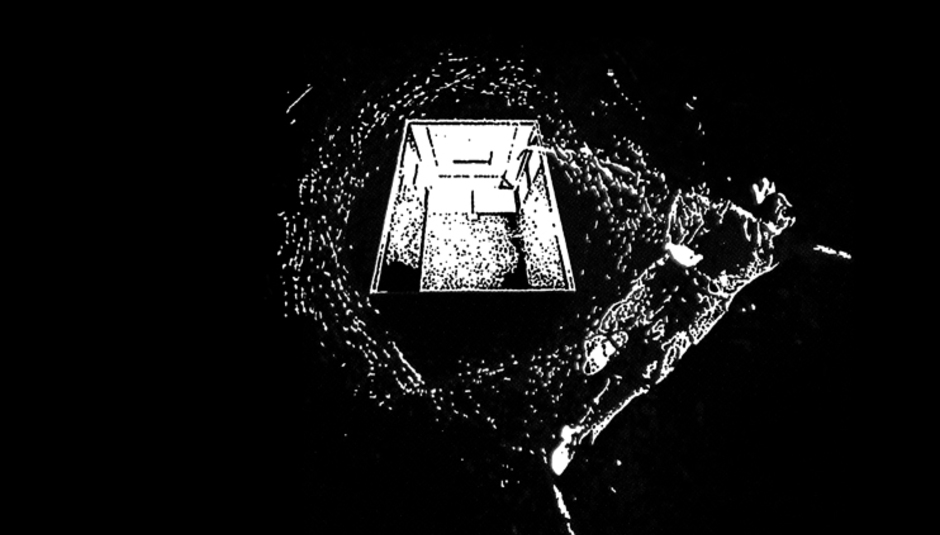 Hello and welcome to the latest edition of the worst named column on Drowned In Sound....

With it being December, the time of mince pies and end of year lists, this column will be an attempt at a recommended list of records from the last year. It is not a best of list by any stretch of the imagination. To do such a thing would require an encyclopaedic knowledge of the whole sprawling mess of the DIY scene. This is simply recommendations, one person’s opinions.

A likely contender for hardcore record of the year, The Donor is Mob Rules’ debut full length. Released last month on Zandor Records, The Donor is one angry record. The couple of times I’ve been to Leeds it hasn’t seemed that bad, but it seems that living in Leeds has created a bile spewing, vitriolic hardcore monster in Mob Rules. They sound like they hate everything, aside from the SST back catalogue, particularly Black Flag and Bl’ast! They will definitely hate the fact that they’re getting mentioned on Drowned In Sound. ‘Brutal’ is a word that is often used to describe hardcore bands, often incorrectly. Mob Rules are truly brutal – savage, cruel, inhuman. The Donor is ferociously unforgiving; it is more of an assault then a listening experience. I never saw Black Flag but I imagine being punched in the face by Henry Rollins during ‘My War’ would probably sound like this. Due to being an ethical DIY band, and that whole hating everything thing, Mob Rules do not have any sort of internet presence. You can hear one song on the Zandor Record’s myspace page, where you can, and should, purchase the album.

If you enjoy Mob Rules, you may also enjoy Crowd Control and Closure, power violence groups from Ireland and Leeds respectively.

2008 saw the return of Blake Schwarzenbach, which for certain circles within punk rock was a very big deal. The hype train well and truly caught Thorns Of Life – shaky YouTube videos of cramped basement shows and poorly recorded bootlegs were circulated. Rumours of an album recorded with J Robbins turned out to be false, and the band split into thin air. Almost. Last year Blake returned with a new group called forgetters (lowercase f). Considering the amount of talk about Thorns Of Life, there’s been very little talk about forgetters. Possibly a deliberate attempt by the band to avoid the problems that Thorns Of Life encountered during their very brief existence, forgetters haven’t done a whole lot. This year the group released a self-titled double 7” on their own Too Small To Fail label. The four songs continue the themes that all of Blake’s previous bands touched upon. If anything, forgetters is closer to Jawbreaker then it is Jets To Brazil, but with a greater sense of dynamics. The songs are slightly subtler, a bit more tender at times then the all out gruff punk that Jawbreaker were known for. Hopefully they’ll be around for a little while. In the meantime why not enjoy the video below:

If there’s one thing that end of year lists really benefit from, it’s making up a trend and then lumping loads of unrelated bands into it. Call it lo-fi, call it garage rock, call it hipster bullshit, call it what you want. Regardless of the name, this year there’s been an awful lot of bands cropping up and trying to rip off Superchunk/The Wipers/The Replacements or someone similar. Not only were there a lot of new bands, there were also a hell of a lot of new 7”s, and a whole glut of cassette tapes. Not wanting to get into a whole spiel about how these bands and records came into existence, their penchant for DIY ethics, and whether the cassette tape is a viable format or poseur bullshit, let’s just say that there were a lot of bands that all sound very similar that were releasing their own stuff. One of the best of the bunch is Brighton’s Sauna Youth. Sauna Youth play garage rock with a slight art rock feel. Their 7” entitled Youth is unsurprisingly themed around the concepts of youth. A full explanation can be found on their blog. ‘Big Bobbles’, which is “dedicated to someone beyond the accepted age of a child permanently encased within his youth, possibly never shedding his innocence and sense of the possibility within the world”, is probably the highpoint of the record, sounding like The Ramones on a steady diet of hardcore, and contains the wonderful lyric “In your dreams we’re in a band and PJ Harvey is our biggest fan”. There are some copies left, which can be bought direct from the band here.

Should you wish to further investigate this kind of thing, it may also be worth your time checking out The Love Triangles, yet another Shitty Limits side project, who released a 7” on Dire records a couple of months back. Also worth a look are Fair Ohs, the best of the crop of East London bands aside from boys done good Male Bonding. Fair Ohs have gone for a more afrobeat vibe to their lo-fi punk rock. Imagine if the video to ‘You can Call Me Al’ featured Henry Rollins and not Chevy Chase and you’re pretty much there. Portland’s Gun Outfit are also worth a punt. Their latest album Possession Sound sees the band mix up their lo-fi with a whole heap of slacker anthems and a touch of alt-country.

In other 7” news, Manchester’s Well Wisher, who were featured in the first edition of this column, have finally released they debut record. It features four tracks of boisterous emo, pitching somewhere between The Van Pelt and The Promise Ring. Coal Train, who were mentioned in the last column have also just released their debut 7”, which can be bought here.

The Twisted/What Price, Wonderland? Split 7” was just released last month. It represents the last thing Twisted will release as they have now split up, and is more of the same from WPW? Their side can be heard in full in the video below. It’s a mix of the herky jerky punk rock of the Minutemen, along with some classic choppy emo bits. Look out for the spoken word section.

As DiS scribe Noel Gardner mentions in his review of Never Again’s discography (a record which is worth a listen in itself), there is a strong desire to document every single band and release within the various strains of hardcore, punk, emo or whatever you want to call it. And there is no better document then a vinyl reissue of a long out of print record. With this in mind, the following records were all reissued this year, and all deserve a place on your Christmas list should you have one: Cap’n Jazz – Analphabetapolothology (Jade Tree); Braid – Movie Music Volumes One & Two, Age Of Octeen, Frankie Welfare Boy Aged 5 (Polyvinyl); Christie Front Drive – Stereo, Christie Front Drive (Magic Bullet); The Dismemberment Plan – Emergency & I (Barsuk). Dischord have also quietly been reissuing tons of their back catalogue, including Faraquet – The View From This Tower, Three – Dark Days Coming and Nation Of Ulysses – 13 Point Plan To Destroy America.

So that’s this column done for the year. See you next year for more shit talking and obscure records that no-one really cares about.