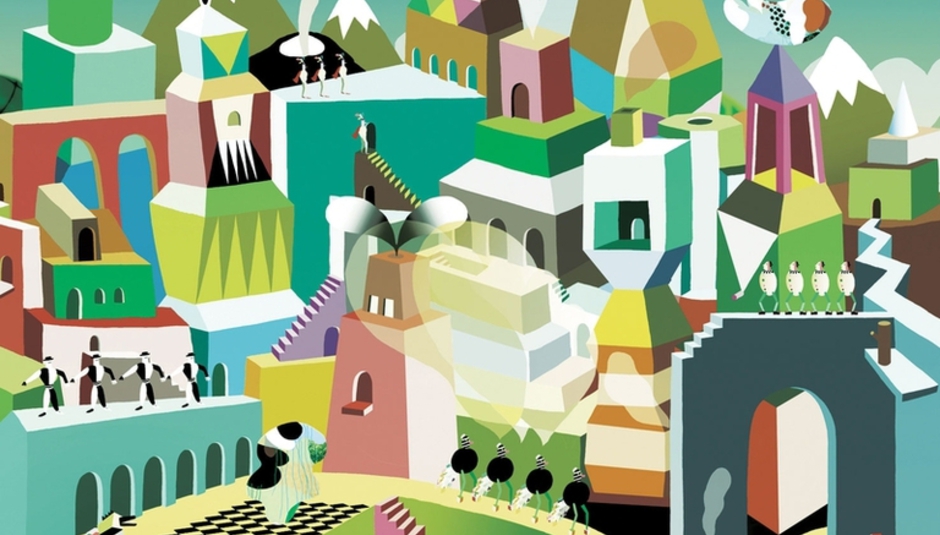 The Leeds based-band Vessels are much loved amongst the DiS community and here's their guide to record labels based in Leeds...

We've definitely been shaped as band by the Leeds music scene in so many ways over the years. The musical community in our city is pretty strong, and everyone seems to know everyone else. We've all played shows together and there's a fair bit of musical respect which tends to cross genres and styles in quite a healthy way. The following labels have done some pretty special things over the years...

I think that Leaf has released more artists that have influenced Vessels than any other Leeds-based label. Caribou is a particular band favourite and the 'Milk of Human Kindness' has to be one of my all-time favourite records. Dan Snaith is a bit of a genius methinks. Leaf has also been responsible for releasing consistently excellent music by Four Tet, Efterklang, Murcof, Wildbirds and Peacedrums, Volcano!, Nancy Elizabeth... Basically the list is long, diverse, impressive and I would highly recommend that people check out some of their bands (if they haven't already).

Starting out quite heavy and proggy Rich Gizeh released music by Immune which was an interesting combination of rock and electronica. In recent years the label has been developing more mellow and ambient releases, including Worriedaboutsatan, Fieldhead, and Glissando.

Funny bunch of lads. Very funny. Wouldn't want to meet them in a dark alley on the wrong night of the week in Hunslet. But that aside, they've definitely done some lovely things for Leeds Music. They released early singles by our good friends I Concur (think American style indie with a northern Yorkshire twist). More recently they have taken to releasing slabs of filth - with a passion. This includes stuff like Humanfly, Chickenhawk and one of my favourite bands, Kong, who are brutal, twisted and do a fine line in unintelligible onstage banter. I'd urge everyone to check em out. Brew have definitely cornered the disgusting noise market in Leeds as far as I'm concerned.

In my opinion this is the essential Leeds label. The fact that they release Vessels' records may mean that this assessment may be less than 100% objective but, you know, I guess it's all subjective at the end of the day. Cuckundoo have also released a rather special album by an immense band called Quack Quack. Great on record; fundamentally astonishing live band, featuring Leeds' best drummer, Neil Turpin, and Moz from Two Minute Noodles.

No feature on the Leeds music scene would be complete without mention of the DIY scene. People like the Chinchilla-Tone have put out things by ace bands such as Tigers!, The Dragon Rapide (RIP) and Cowtown. British Wildlife have been releasing records by bands like Mucky Sailor and Two Minute Noodles and putting on great shows for years. Then there are bands like Bilge Pump, Eiger (RIP), Red Stars Parade (RIP), Polaris (RIP) and White Boys for Gay Jesus - Not all of these bands ave been released by Leeds labels, but they've all been are an immensely important aspect of what makes Leeds such a great place to experience music.

Other notable labels include Run of The Mill, Children no More (Haydn from Brainwash's label), Jealous records, ILR (I Like Records) which is the I LIKE TRAINS label set up via Pledge Money for their new album, Stunted records, Obscene Baby Auction, On The Bone (James from Pulled Apart By Horses' old label), Total Prog (run by James from Humanfly), and of course Dance To The Radio, who have put out some great records over the years, not including The Pigeon Detectives.

For more on Vessels visit http://vesselsband.com/.