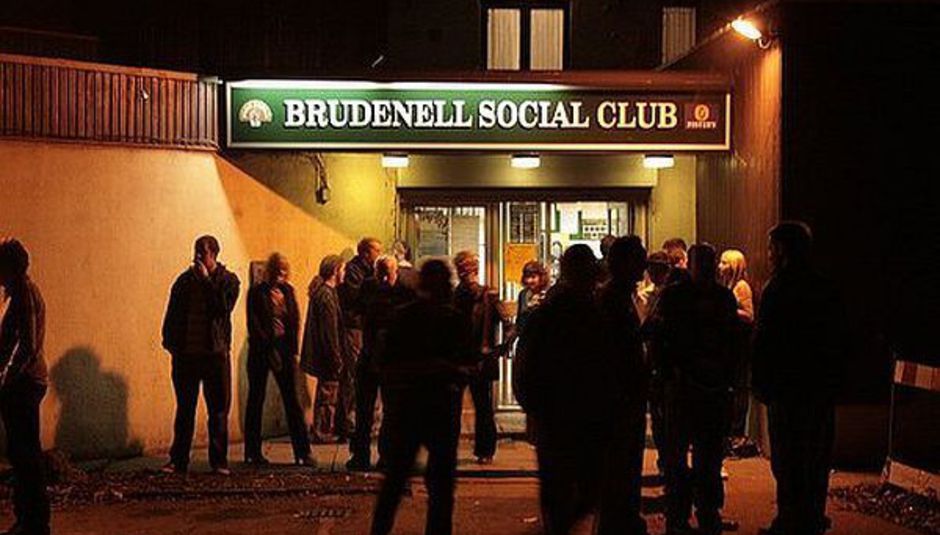 From social clubs to skate parks, Leeds bands offer their guide to places they frequent in Leeds when they're not searing our ears off or melting our hearts...

FAVOURITE EVENT
Leeds is and always has been a great place for people who put on events and maintain them over and over. My personal favourites are too extremes. The first would be a basement gig that These Monsters put on (they used to do a lot of them) this one had Adebisi Shank in a room about the size of Prince. It was just the sheets of noise cooped up in a tiny room. Those tiny basement gigs are a totally different way to watch live music, people usually say it's more intimate or whatever but it wasn’t , it wasn’t the live lounge and there wasn't a Jo Wiley in sight. This was a brutal ear bleeder, the sort of thing that you feel lucky to have been there for. The second event for me would be last year’s Brainwash Festival as it was the first time we had been asked to play. Playing and being involved in things like Brainwash or Live at Leeds is really important for local bands to show what they can do alongside bigger more established acts.

I am looking forward to a bunch of things this year, Constellation Festival looks pretty damn good in November with Les Savy Fav, Broken Social Scene, Four Tet, Chickenhawk and loads more. I will definitely wrap my mouth around that one. British Wildlife Festival is always a treat, Adam Nodwell out did himself last year so let's hope Nodfest 2011 will be just as sweet. The promoters and musicians in this town will keep on producing shows and events to keep me interested no doubt. Although me personally I am waiting to see a festival dedicated to sports metal, so fingers crossed

FAVOURITE VENUE
Having lived in Leeds for the 10 years in question, I feel like I have possibly been to gigs in just about every venue we have. And this may sound like a cliche, but there is a reason that myself and many others will always name The Brudenell Social Club as the greatest and most treasured venue we have. It is quite simply the friendliest, warmest and most welcoming venue I have ever had the pleasure of both watching and performing gigs at in not just Leeds alone, but the UK.

My favourite gig I have ever seen there was quite recent when Ariel Pink came to town, but the sheer array of bands that have played here that are now selling out venues ranging from academies to stadiums is unreal. When Nathan Clark (Brudenell promoter) and I were watching Fleet Foxes in 2008, it was one of the many times we have looked at eachother and uttered the words "you won't see them in a venue this size again". Nath just manages to get them first! Both he and the venue are two treasures of our town.

SKATING
Leeds is a great city for skating. Not only are there a hundred places to skateboard around, but with the recent opening of Welcome - the only independent skater-ran skateboard shop in Leeds centre - it's even more thriving than before. What's great too, is that musicians like Serious Sam, Eagulls, Gentleman's Pistols and ourselves all skate too - so the crossover between music and skateboarding is all too prevalent in the current scene. Check out the killer skate-park in Hyde Park too, plus The Works is a great indoor park on the outskirts of the city centre.

FAVOURITE ALE HOUSES
There are a couple of boozers that stand out. I used to live up in Hyde Park in Leeds which is home to not only a whole load of people in bands but also the Brudenell Social Club. The beer is cheap, the staff are cheerful and it also doubles up as one of the best venues in the UK. Can't go wrong and now has hand pulled ALE.

City centre wise I love Nation of Shopkeepers. They stock loads of amazing beers and the whole vibe of the place is pretty cool. We also played one my favourite gigs there this year called Kong vs Chickenhawk where both bands played on the stage together taking turns to play songs. It was f**king mental.