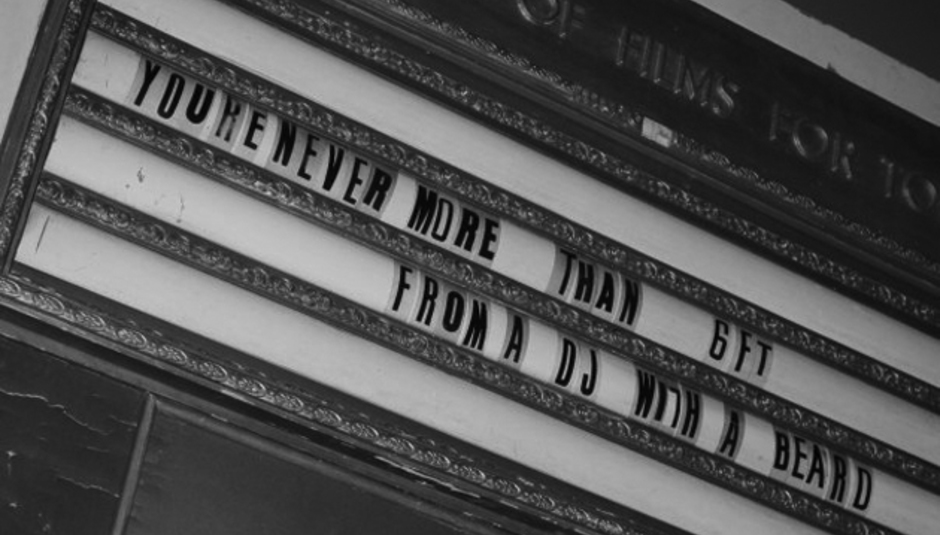 As part of our special Leeds day, ahead of Constellation festival for which DiS is a partner, we asked the musicians of Leeds to give us a guide to their city. In this piece Leeds lynchpin Whiskas formerly of ¡Forward Russia! and now performing as Honour Before Glory, and the chaps from I LIKE TRAINS give us their guide to: Eating in Leeds.

Unfortunately Leeds has all the same chain shops and restaurants at its centre as any other big city in the UK, which is probably why lots of people rate it very highly for shopping and such. It takes a little time to find the independent gems that serve the best food and drink to keep the cogs of our music scene turning. Here is our little guide for finding some good places to eat. It is by no means exhaustive and some really great restaurants didn’t make the final cut.

Also known locally as ‘rock fuel’, the cooked breakfast is an important element of a rock and roll lifestyle. Many an hour is spent on tour searching an unfamiliar town for a good value cooked breakfast. If you’re on tour and find yourself in Leeds, we can heartily recommend the following.

Dave iLT – Berties in Morley
Berties is about 3 minutes walk from my house which is always a good start for a breakfast venue. I would also rate it as the best full English breakfast in the Leeds areas, which is interesting if only for the fact that it is an American themed diner. They play American rock and roll classics which I can take or leave, but the breakfast keeps me coming back. I am reliably informed by my mother that they are pretty handy with the American style breakfasts with pancakes and maple syrup too. As a genuine Canadian she knows her maple syrup.

Whiskas – Fatchops in Kirkstall
Fatchops is about 3 minutes walk from my house and… you get the idea! Mostly frequented by members of the Leeds Rhino’s Fatchops do a line in up market breakfasts – full English in a bagel, smoked salmon and cream cheese and my favourite grilled chorizo and scrambled egg. It’s selection of health shakes, smoothies and juices sit right alongside the necessary morning caffeine injection.

You know the drill. Good beer and a good burger and hand cut chips. When you’ve missed breakfast and you need to meet up and talk about the latest cool guitar chord you’ve discovered and you see the day rolling out before you, set yourself down and enjoy all the above in comfortable surroundings.

Dave iLT – Midnight Bell
We’re lucky enough in Leeds to have an independent local brewery making some very fine ales. It is imaginatively called the Leeds Brewery and some quick research has revealed it’s only been going since 2007. In that time they have open three very nice pubs in Leeds, namely The Midnight Bell, Pin and The Brewery Tap. The beers are good, the burgers are good and the chips are hand cut and served with a very tasty handmade salsa. Splendid.

Whiskas – A Nation Of Shopkeepers
Leeds newest cool hang out, featuring upcoming gigs from Salem, Uffie and James Blake, but Shopkeepers is potentially a better lunch venue than it is a music venue. A menu with everything from handmade burgers to pub staples like bangers & mash, macaroni cheese, fish fingers sandwiches, as well as amazing homemade nachos. A well stocked bar, comfy seats, relaxed daytime atmosphere and large outside courtyard for the summer, tops the whole thing off

You’re in the studio in the middle of emulating Shield’s work on Loveless, or maybe you’re running from one place to another and you simply haven’t got time to sit down in one place. You need to eat on the move. You need a sandwich

In the heart of student-dom, a short walk from the Brudenell Social Club, lies Slips – a sandwich shop of magnificent proportions. Offering a range of subs and melts, with a vegi alternatives for most of your meaty desires, and an awesome mayo-mustard combination dressing - it’s enough to keep you going for a whole day, especially if you go for a ‘full’ sub. Like Subway if it didn’t smell a bit weird or taste of plastic. I heartily recommend the Chiba (turkey, bacon, mushroom and blue cheese – hold the mushrooms for me)

Whiskas - Fanoos
You can always judge a sandwich shop by it’s BLT, and Fanoo’s do great BLTs. And Cappuccino’s. Fanoo’s is my sandwich shop of choice, lying 20 yards from the door of the studio I spend most of my time. In the course of recording, most people will head here, and numerous delights including roast veg and mozzarella ciabatta and some amazing quesadillas, bring people back time and time again to the area. Just don’t try the Steak Canadian.

Whiskas – The Bengal Brasserie
What can be said about the Bengal Brasserie and the ubiquitous hosts Iqi and Sham? Quite simply the curry house of the discerning musicians, it’s played host to bands, managers, and label bosses (Sky Larkin ventured here on mass on completion of writing Kaleide), and it was even the venue for an album launch party. Serving all the standards as well as a special connoisseur’s choice menu and special’s including Morich Duck Massala, Bahar-E-Chicken and more. It’s unlikely you would be able to enter this establishment without bumping into someone form the Leeds rock fraternity. It features 4m38s in to this video:

Dave iLT – Hansa’s
Whilst the Bengal is undoubtedly the rock and roll Indian of choice, for a nice change and some excellent Gujarati vegetarian food Hansa’s is the place to go. Near to Leeds Grand Theatre if you’re going to attend the opera/ballet/theatre which I’m usually not.

Dave iLT – Fuji Hero / Little Tokyo
Fuji Hero is the restaurant I go to most often with my other half. We recommend it to anyone who will listen. It is great value, the portions are huge and the people who run it are really friendly. It is noodles and curries, so don’t go expecting any raw fish.

A big honourable mention goes to Little Tokyo. I always feel a little bit guilty going to Little Tokyo instead of Fuji Hero. Little Tokyo has fish tanks with sting ray and is a lot like Fuji Hero’s more glamorous showbiz older brother. However Little Tokyo has made it in here for something that happened a few years ago. It was during the second Live At Leeds and myself, Whiskas and some other cohorts decided we needed to take a break from rock and roll to eat some noodles. Halfway through our meal, the lights dimmed and the staff enacted some sort of strange Matrix / Star Wars fight scene with light sabres and swords. It made my evening. I have been back since in the hope that it would happen again, but it never has. Maybe it never happened in the first place…. Anyway, long story short, the food is good too.

Whiskas – El Faro
Pitzacano has long been the LS6 pizza joint of choice, many a band has demanded their wares as catering when performing at the Brudenell – it’s seems by all as something to look forward to. But in recent years, this stalwart has been usurped by a new joint – El Faro. Set up by the people behind Pitzacano, the chefs moved across to El Faro and now offer up delicacies like the Parma Feast – Parma ham topped with mascarpone cheese. Lone Wolf, cannot literally, get enough

I Like Train’s new album He Who Saw The Deep out now – iliketrains.co.uk
Honour Before Glory – Debut Single due 2011 - honourbeforeglory.com