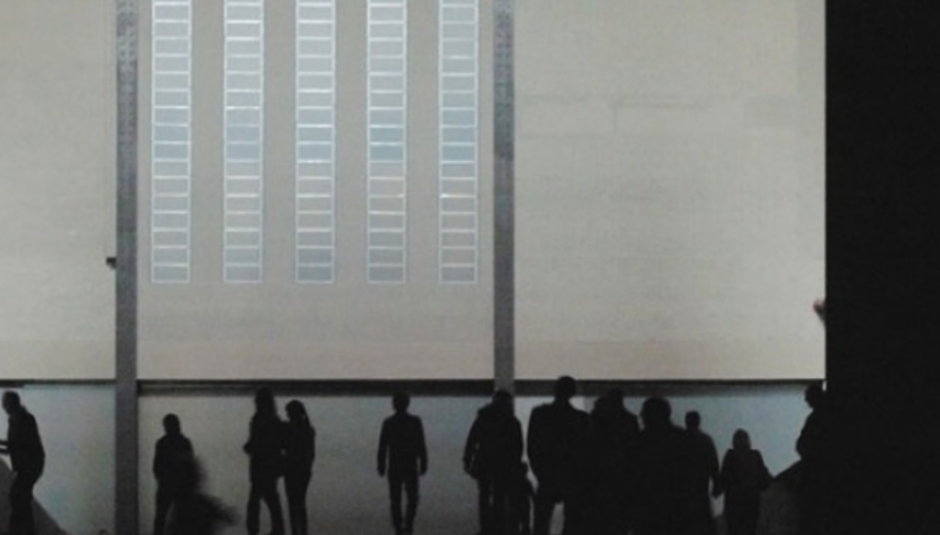 In this month's look at the best electronic & instrumental releases: three arks, one oval, an eagle, a Leek and the future. All in roundabout 100 words or less per release to cater for the modern attention sp

armchair dancefloor mix #12 is compiled by French techno producer and veteran DJ Terence Fixmer, whose excellent new album of purist techno, Comedy of Menace is out now on Electric Deluxe. Scroll to the foot of the page to listen.

Philip Jeck – An Ark For the Listener (Touch)

Philip Jeck’s new album, ‘a meditation on verse 33 of The Wreck of the Deutschland' by Gerard Manley Hopkins, was made with old vinyl played on rickety turntables, delay pedals, keyboards, minidisc players and a bass guitar with an effects pedal. Those familiar with Jeck’s work, which he has been producing since the early 1980s, and releasing in album and other formats since the mid-1990s, will probably appreciate his ability to manipulate unconventional raw material into compelling sounds that, no matter how grand in scope they become, always have something of the frayed edge or unstable, tattered centre about them. Here, it seems irresistible to think not of the sinking of the Deutschland as it happened in December 1875, but of a wreck that’s sunk for decades in the water, rusting and rotting, and becoming overgrown with barnacles and seaweed. One distinctive pattern repeats throughout, a signal that flares and recedes like a sonar sweep. There is a tension at work throughout the piece, but also, in the powerful ‘The All of Water’, a distinct feeling of comfort and consolation.

Aside from the addition of live-sounding instrumentation (and in particular drums), the new version of O, whose Oh EP in June was glitch pioneer Markus Popp’s first release under the name for a decade, sounds very similar to the old one. Comprising 70 tracks and lasting just under two hours, the album needs a series of immersions before certain of its fragments really begin to stick. The overriding impression, particularly on the first disc, is of some digital variant of a Sunday afternoon jazz session. Chiefly this is down to the drum work, which splashes around the offbeat while plucked and hammered strings are tweaked and reconstituted around it. On the second disc a series of very short experiments with small note clusters lends itself to being experienced as a single long-form piece with sudden directional shifts.

The Crystal Ark – The Tangible Presence of the Miraculous (DFA)

The second single released under New York-based Gavin Russom’s latest moniker is as striking as the first, April’s ‘The City Never Sleeps’. A sprawling 14-minute dance track that doesn’t drag? I don’t even believe myself when I make that kind of claim. Yet ‘The Tangible Presence of the Miraculous’ is just that: breezing past at 135 BPM; repurposing the acid pattern from A Guy Called Gerald’s ‘Voodoo Ray’; a sultry Spanish monotone reminiscent of Sabres of Paradise’s mix of Espiritu’s ‘Bonita Mañana’; breakdowns couching epic diva vocals; the organ-fuelled, amp-cracking psychedelic overload of Santana. Sound unlikely? No, it sounds amazing; which it is.

Fresh from the beautiful droning terror of his Bloodlines album (as The North Sea), Brad Rose and his wife Eden Hemming strike popwards on their debut LP as Altar Eagle. A fine introduction to their modus operandi, ‘Battlegrounds’ takes Psychedelic Furs’ ‘Pretty in Pink’ and processes it into a screwed and chopped shoegaze variant that feels like a memory of euphoria being mourned. They do this so well that it doesn’t matter so much when they repeat the move on ‘Pour Your Dark Heart Out’. If there are times when their ideas seem limited, or, as on ‘Honey’, when evidence of influence turns into flat-out replication of the trad shoegaze blueprint, these are venial sins committed by a charming, diverting album.

The beginning of autumn is the perfect time to listen to Clem Leek's debut album, Holly Lane. From the Global Communication-like ticking of a grandfather clock and enigmatic pads of ‘Mystery Moor’ to the lapping water and wide open spaces of ‘At the Mercy of the Waves’ and the drip of tones on ‘Smugglers Top’ , there’s a permeating feel of blue skies and crisp, cold weather. Leek’s method might be more comforting than challenging, but his experiments in drone and more classic ambient forms are more than merely competent. One to watch.

Soul Jazz’s new compilation of exclusive new tracks from UK bass music producers is at its most interesting when it moves away from the more straightforward dubstep manoeuvres of Mala and Coki. Untold continues his movement into interesting spaces with the precision bleep of ‘Fly Girls’. Ramadanman impresses, too, with the 808-led surge of ‘Bass Drums’. There’s a certain dryness and lack of air to all this, however, that’s alleviated by the gauzy vocal sample of Black Chow’s sluggishly paced ‘Air’. Worth checking out.

Seemingly recorded between 2001 and 2008, the playful story behind this album by one half of the duo jz-arkh seems designed to obscure the creative work of White Box label boss Danny Saul, who also plies his trade as one half of Liondialer (with Greg Haines). Whomever Arkhonia is, he/she/they know how to process sound. The centrepiece of the album is a previously unreleased version of the long, lush ‘DDRhodes’, which first appeared on Kompakt’s Pop Ambient 2002: gobs of Fender Rhodes drip between shimmering wisps of guitar distant bells and shipboard creaks. ‘FyldeFF’ describes a larger, more hostile but no less beautiful space, its reverberant crashes, that might be heavily processed guitar chords, rolling out over long brass tones. Arkhonia is just as good at picking out interesting details in tighter spaces, too, as shown with the ghostly, granular turbine rush of closing track ‘DDClose’.