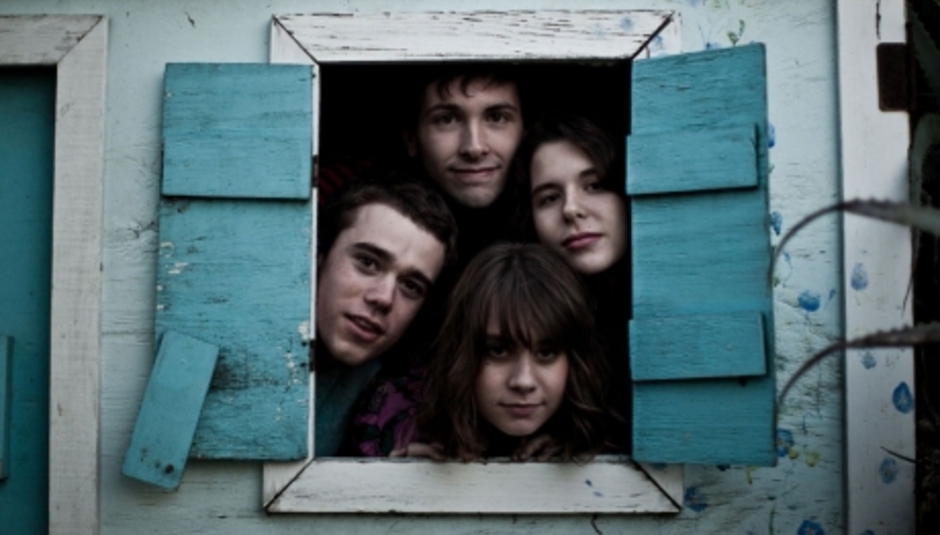 Being warned by the police for making a racket in your parent’s garage isn’t usually a sign of musical success, but the cops in Long Beach, California clearly missed a trick by giving Avigdor Zahner-Isenberg a telling off. Soon afterwards, the skateboarding teen released the first record by his band Avi Buffalo, and found himself catapulted towards fame, winning accolades for his slightly skewed, widdly-guitar fuelled slacker pop. Over in the UK to play a short tour and pop up at a couple of festivals, Avi the man took the time to talk to DiS about Avi the band, and the success he’s had with Avi Buffalo the album.

DiS: It’s been a few months since your album came out here in the UK, and longer still in the USA. How are you feeling about the record now?

DiS: How does it feel to have people only just discover it now, when you’ve been living with it for much longer? Are you still positive about it?

AZ-I: I wouldn't change the record or the songs I wrote, because they're reflective of that time in my life. Now I’m almost 20 and I’ve been touring for 6 months so I'm obviously in a different place, but I still enjoy playing these songs. There's always a way to make it fun, and I wrote the songs with playing them over and over in mind. Live, we've rearranged how we do every song quite a bit over time, whether that has to do with how many people are playing or if we want something to be louder or softer, for instance.

DiS: A lot of reviews mentioned how young you guys are, does that get annoying?

AZ-I: Well, it's a bit worrisome to me if people are still referring to us as a high school band, because we've been touring for nearly a year and I've been out of high school since June 2009. The songs were written while I was in high school, the final track on the record ‘Where's Your Dirty Mind’ for example was written when I was 15, so it probably can't help but be reflective of teen angst.

I think it does capture a sound of growing up or into things, definitely of youth, and I'm proud of that. However I'm almost 20 now, and in a totally different headspace than when I wrote those songs. I like that about writing songs, they're reflective of a time in your life and when you have a bunch of different times in your life you can put it together and make an album. That's the kind of album this one is at least.

DiS: Lyrically, the album seems to avoid anything too direct in favour of more impressionistic ideas, so how does it feel for people to attempt to dissect them?

I don't pay attention to people dissecting the words because I know what the songs are about, and that’s all that matters. I didn’t want to get too specific with things because I like feelings more than specifics. There are plenty of specific stories in the album, but they're kind of obscured and jumbled with general personal emotions because that’s how I felt writing them. I kind of want to change some of that in the future.

DiS: A lot of bands mentioned alongside you are older acts such as Neil Young or The Byrds. Do you see it as a compliment to be compared to them?

AZ-I: I love Neil Young and The Byrds, so that's really nice to hear. I got REALLY into Neil this past year, especially this record called Chrome Dreams from 1977. I haven't ever gotten super into the The Byrds but I love The Flying Burrito Brothers. Bands I was really into writing these songs and recording were Jim O'Rourke, Elliott Smith, The Flaming Lips, Prefuse 73, Wilco, Nels Cline, John Coltrane and Sonic Youth.

DiS: Your enthusiasm was also a great thing to see when the band first came to our attention here in the UK. Do you still feel as excited about the band, and being able to tour and play festivals?

AZ-I: Moreso even, we're a three piece now which is lots of fun and very different so we’ve got more of a rock vibe. I'm really stoked for the festivals, we're gonna see some of our favorite bands and that's always great.

DiS: How have you enjoyed the festivals you’ve played so far? Do you find them different to your own gigs?

AZ-I: They're the best. Sasquatch, All Tomorrow's Parties, Osheaga, have all been amazing. Festivals are great because you run into bands you know and love too, like seeing Blitzen Trapper, Beach House, The Magnetic Zeroes and Owen Pallet at Osheaga was really fun.

DiS: Have you written many songs since the album was recorded?

AZ-I: I haven't written too much, but I have a few songs that I'm getting ready to record in a studio somehow. Lots of stuff on Garageband but I'm not sure what I'm gonna take from there and what I'm going to do in friend’s studios.

DiS: You’ve mentioned in other interviews that you’d like to record under different names – does this mean that you like to write in different styles, or collaborate with different people?

AZ-I: Yeah, but I don't know specifically, there's a few people I'm playing with or talking to about playing with, working on a few different recording things with my friends. I don't have a specific plan, I just want to play guitar, you know?

DiS: Was it important for you to craft an album as a whole, rather than a collection of singles?

AZ-I: Yeah, although I don't worry too much about writing a cohesive record because I feel like its more important to focus on individual songs. The songs are gonna be you no matter what you write, so I also want to avoid sameness.

DiS: It’s released on Sub Pop, which has a great history for releasing good records. Was this a factor in why you released it with them?

AZ-I: They're just a really great group of people, they give you more freedom than any major label would and even lots of indie labels as well. we felt able to trust them with putting out our music, and that's why we did with them.