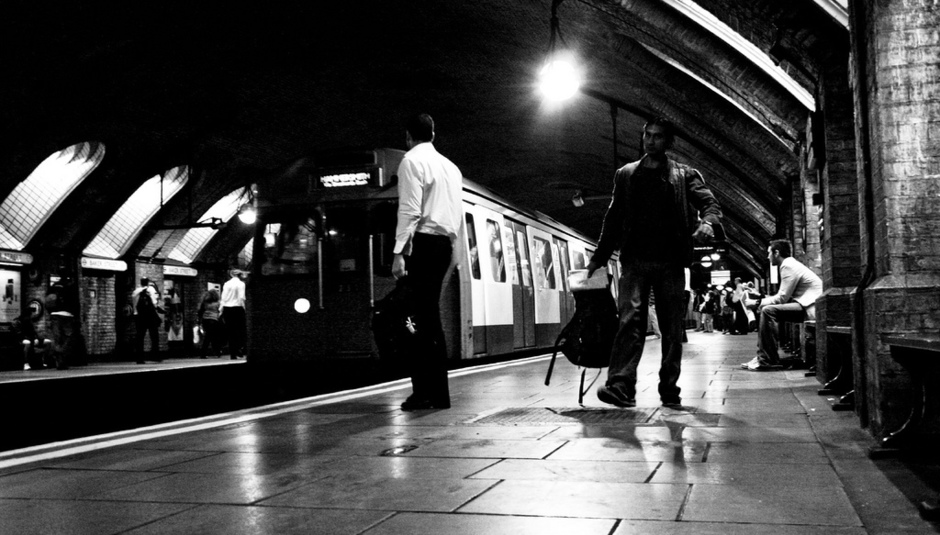 One of the most prohibitive – or exciting, depending on your perspective – aspects of UK urban dance music is dubplate culture: the circulation of unreleased tracks between tight-knit circles of producers, which then are played out at club nights. Prohibitive, because it’s easy to become frustrated at the number of brilliant tracks appearing in mixes and DJ sets that it’s seemingly impossible to get hold of. Exciting, because there’s nothing more boring than going out and hearing a DJ play only songs you already know.

Still, one of the great joys of my own introduction to dubstep was downloading mixes, listening to Rinse FM or Mary Anne Hobbs’ Radio 1 show, and having no idea who pieced together such alien sounding tracks. But for someone heading into the genre more or less blind it was often hugely frustrating (the DiS community provided another excellent resource for recommendations, but that’s another story). Much of this music eventually sees release in some form or other. It’s often on smaller labels, but there is a concentrated core of long-established record labels whose release schedules have shaped the genre over the last few years. They’re the ones that can be relied upon to put out boundary-pushing music, in whatever form it comes, and have pioneered sounds that later had a seismic impact. By way of introduction, we’ve compiled a list of some of the biggest hitters, and listed a tough-to-narrow-down selection of their finest moments. Each could easily take up a few thousand words apiece, but the only one missing is Skull Disco, the perfectly formed project that merits an entirely separate set of column inches today.

As with the entire top three on this list, it’s difficult to overstate Tempa’s role in the development of dubstep. As a label closely associated with seminal club night FWD>>, it has been responsible for the fluorescent-tracking device that is the Dubstep Allstars compilation series, along with a seemingly endless variety of 12”s and albums. The majority of Benga and Skream’s output – including his new Outside The Box album – has emerged through Tempa, along with other material from the likes of Horsepower Productions, Headhunter and Cosmin TRG. Last year, they gathered together a selection of El-B’s early tracks on a Roots Of… compilation that stands up alongside the best the genre has ever had to offer.

Kode9’s Hyperdub label has continued to defy expectation. As soon as the prevailing trends shift in one direction, its output heads off in quite another. Burial’s incredible debut found its way out to an unsuspecting world in 2006, and the following year it began to release a breathtaking run of singles, from the likes of Quarta 330, Zomby, Ikonika and Darkstar, that would pave the way for the neon glow that spread virally throughout the body of the dubstep scene. Now it’s taken on an even wider remit, covering mutant house (Cooly G, DVA), futuristic grime (Terror Danjah) and Detroit’s new wave (Kyle Hall). And loads of it can be found compiled on the utterly essential Five Years Of Hyperdub compilation.

When Mala, Coki, Loefah and MC Sgt. Pokes started up the DMZ label and clubnight in 2004/05, it was simply as an output for the music they wanted to make and play. In the wake of Mary Anne Hobbs’ Dubstep Warz Radio 1 show, the club made a legendary sudden shift to a larger space and has never looked back. Both Loefah’s Zenlike, ultra-minimalist style and Mala’s soulful meditations on life and London came to define the strung-out feel of halfstep, and Coki’s aggressive psychedelia has been oft-imitated, but never bettered. Good luck tracking most of this stuff down though – some of their most in-demand 12”s command up to £120 on Discogs.

Mike Paradinas’ Planet Mu label – originally known for its association with the manic post-rave spasms of breakcore – was the first established label to openly declare its affiliation with the nascent dubstep movement. From early releases from Bristol lynchpin Pinch and young firebrands Vex’d, they’ve moved through the colourful synth mutations of Ikonika, Gemmy and Kuedo, FaltyDL’s moonlit garage and most recently grime from Terror Danjah and Swindle. At the moment they’re releasing a spate of Chicago juke/footwork records, a genre that has proved a vitalising influence on a group of UK producers utilising its rapid 808-heavy sonic signature in 2010 – the likes of Addison Groove, Ramadanman and Girl Unit.

In the last year, buoyed by his own success, as well as that of Mount Kimbie and Joy Orbison, Scuba’s Hotflush label has shifted almost imperceptibly to occupy a curious place at the top of the pile. Curious, because the outré mutations they have always gravitated toward never seemed like the most obvious candidates for mainstream success. Still, the wider acclaim of the label’s better known artists has allowed its sister imprint Hotflush Two to push the more experimental end of the genre – techno-influenced music from the likes of SIgha, Pangaea and Untold – and its output is at an all-time high.

From students in Leeds to an enviable position as scene leaders, Ramadanman, Pangaea and Ben UFO have made a rapid ascent with the consistently acclaimed output of their Hessle Audio label. In the future, I suspect the kind of music they have pioneered – experimental, percussive and brimming with early grime’s raw energy – may simply become known as ‘Hessle music’, with early material from Ramadanman finding its way as far afield as minimal techno don Ricardo Villalobos’ legendary sets. Recent records from Pangaea, Joe, Blawan and James Blake have further cemented the label’s aesthetic, and though there’s scant information available about the upcoming 12” from new signing Elgato, it seems unlikely they’ll buck the trend any time soon.

Peverelist’s Punch Drunk label, run out of the excellent Rooted Records in Bristol, has been subject to a real explosion of interest recently. Set up in 2006 as a means of pushing local music made with a dubby, post-d’n’b rhythmic sensibility, it has put out tracks from the likes of local legend Rob Smith (of proto-junglists Smith & Mighty), Gemmy and Hyetal, as well as Peverelist himself. His own music is among the most idiosyncratic the genre has yet given rise to, last year’s Jarvik Mindstate spinning hypnotic spider-webs of Detroit-influenced melody and distinctive, liquid drum patterns. The recent release of Guido’s excellent Anidea album has attracted deserved attention from across the board, which should pave the way nicely for this month’s characteristically quirky Superisk 12”.

Bristol’s other towering monolith, Pinch’s Tectonic label has often been seen as one of the last bastions of purist dubstep: thick, meditative and all encompassing. It’s home to one of the genre’s seminal albums, Pinch’s own absolutely essential Underwater Dancehall, which offers a neat split between vocal and dub versions of each track, However, it’s always been supportive of the sound’s ongoing development, offering a home to the techno-influenced motion of 2562 and Peverelist, as well as crunked-out styles from Joker and rattling percussion from Jack Sparrow. The last year has seen some real curveballs thrown as well – in particular New Yorker Pursuit Grooves’ excellent Foxtrot Mannerisms mini-album, which takes in everything from Badu-esque neo-soul to chunky hip-hop; all with appropriate sub-bass heft, of course.