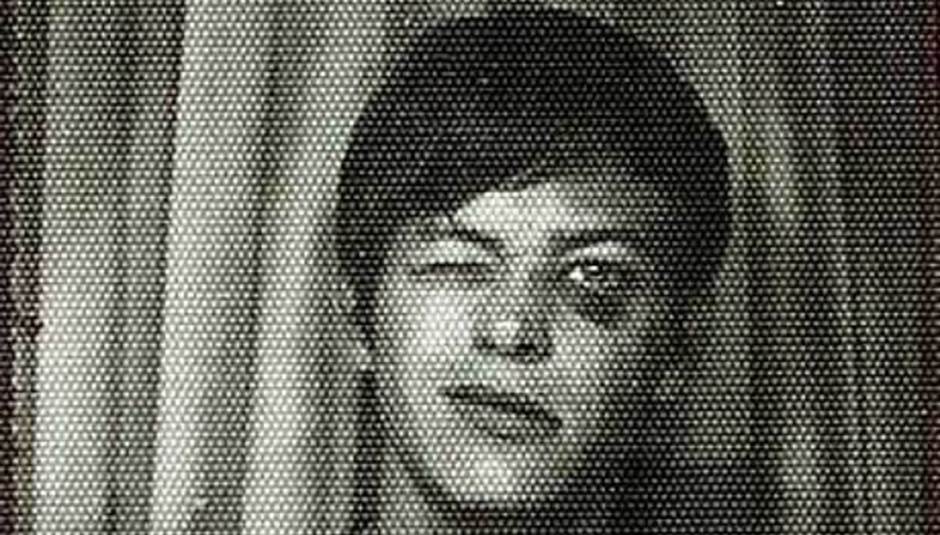 Shortly before Perfume Genius, aka Mike Hadreas, played his debut British show at London’s Hoxton Hall DiS caught up with the singer to discuss his brittle yet beautiful debut album ‘Learning’ as well as his damaged past and nerves about performing live.

Charming and cheerful, Mike is clearly not the desolate and shattered character we meet on ‘Learning’ and as he cracks jokes the feeling his music seems even more poignant, as if it’s a window into the near-demise of a clearly intelligent and kind young man. With a major live performance just hours away we start the conversation about battling nerves and stepping up to some pretty big pressure...

DiS: How are you feeling about the show tonight?
Perfume Genius: I’m really nervous actually. This is a really big show for me and there seems to be a lot of expectation on it.

DiS: Well everyone is very excited to see you play…
I know, that’s what’s making me nervous. I feel like I’ve really got to step up now.

DiS: Was there ever a period when you thought you’d never play these songs live?
I thought I wouldn’t be able to. I asked my manager if I could, like, perform over the phone to people because that was the only way I could face doing it. I figured I could play eight shows at once that way! It was like anything though, once I sat down and faced up to things a lot of the problems went away. I wouldn’t say the fear has gone yet but a lot of the bullshit I was feeling did almost immediately.

DiS: Have you been hard at work practicing for these shows?
I probably should have done more than I have but I kinda like that. I don’t want to reach a point where I’ve played a song so much that I lose interest or it comes across as being really practiced.

DiS: Have you tried to make the live show different to the way the album sounds in any way?
Not really, it’s just real simple.

DiS: Now that you’re starting to do more shows can you imagine going on tour for an extended period of time?
I can imagine it yeah. I’m not sure how I feel about it yet though.

DiS: Is it something you look forward to?
I don’t know. I mean I like playing these few small shows and I like the idea that I’ll be able to travel and play more shows in the future. I’m getting more comfortable with being uncomfortable.

DiS: Do you enjoy the travelling side of being a musician?
Yeah it’s really cool. I mean, I’ve never been able to do that before and now people are willing to buy the plane ticket for me, it’s been amazing. I’ve never travelled before in my life and only this Summer left America for the first time so this whole thing is incredible.

DiS: Where do you call home at the moment?
I just got an apartment in Seattle.

DiS: Are you living with parents?
No, I just moved out. Originally I left New York and lived in Seattle but was getting into the same old shit so I moved back home and initially that worked for a bit and then it didn’t and then it did but then I just decided to get out and find my own place.

DiS: What’s Seattle like?
It’s hard because I have a lot of bad memories tied up in the city but then I’m living a much healthier lifestyle now and there are a lot of things I love about the place.

DiS: When you say ‘same old shit’ and ‘bad memories’ what exactly are you talking about?
Oh I don’t know. I don’t want to make out that what I did was anything worse than what lots of people go through but it got too much for me so I had to stop.

DiS: I heard you were in Alcoholics Anonymous?
Yeah, I probably shouldn’t say that because it’s meant to be anonymous but yeah I’m in recovery.

DiS: Was there a point in your life when you realised you needed help?
It’s weird because I thought I could do it on my own and would routinely go five days without doing drugs or drinking but then I’d go out and end up staying out for three or four days. Those periods got more and more intense and I was going further and further into these places I didn’t belong. You just stop feeling real after a while.

DiS: Is it hard living in the same city where you had all those bad experiences?
Yeah but it’s kinda healing in a way. I could have gone away and got sober away from temptation but it’s nice to know that I have more solidarity this way.

DiS: How are you finding being sober?
It makes socialising hard because I don’t know how to hang out or where to go and what to do really. I mean what do you do if you don’t drink?

DiS: Drink orange juice I think…
Yeah, I mean I’ve been out a few times you get sick of Diet Coke pretty quickly, let me tell you. Bars are a very different place when you’re sober, I don’t know how I spent 37 hours at a time in there. They’re boring as shit.

DiS: How do you prepare for gigs? I guess a lot of band drink to get over their nerves…
I know, that’s one of the hardest things because I wasn’t sure I’d be able to be sober and perform as well but I get by. I do a lot of walking around and I pray.

DiS: Are you religious?
No, I just do it to sort of let go. Let go of all the bullshit that’s flying around my head - a sort of release. I think I like the concept of praying but I’m fairly sure nobody is going to answer my calls. I pray but I always think I’m doing it wrong - I’m probably the only person in the world who does tortured praying.

DiS: Have you been reading the reviews of your album?
I wish I didn’t but yeah, I’ve read them all. They’re all so great though - I can’t believe it.

DiS: Have you seen any bad ones yet?
Yeah kinda, this guy on Last.fm tagged my music with the labels ‘Whiny’ and ‘Unimpressive’. I looked him up and he had really good taste in music. The weird thing is though that I worry about what other people think all the time. I worry what I look like or if people like me but I’ve never cared what people think of my music, it’s the one time that feeling goes away.

DiS: Are all the characters in your songs real people?
Yeah, pretty much.

DiS: So ‘Mr Petersen’ is a real character from your life?
Yes. He’s dead now but he really was the janitor at my school.

DiS: Does anyone you know recognise themselves in songs?
I don’t know if any of the people I went to school with will know about what I’m doing so it’s unlikely but I guess if they heard the music then they would.

DiS: How do you relax when you’re not working?
I like eating, a lot. I don’t have any other vices so that extra twenty minutes in a restaurant is something I really look forward to!

DiS: What’s your favourite food?
I really like balsamic vinegar but that’s not really a meal is it?

DiS: Not quite, no…
I don’t think you can beat a good New York cheeseburger.

DiS: And what are your plans for the future?
I’m hoping to go home and lock myself away for a little while. I have some shows later in the year but before that I want to isolate myself a bit and be on my own. I need to rung my Mum actually and see if she can go away for a while so I can have the house to myself. Everyone who I’ve met has been so kind to me but now is definitely the time for me to be on my own again.

Learning by Perfume Genius is out now.

Perfume Genius tours Europe in October, calling in at the following stops: