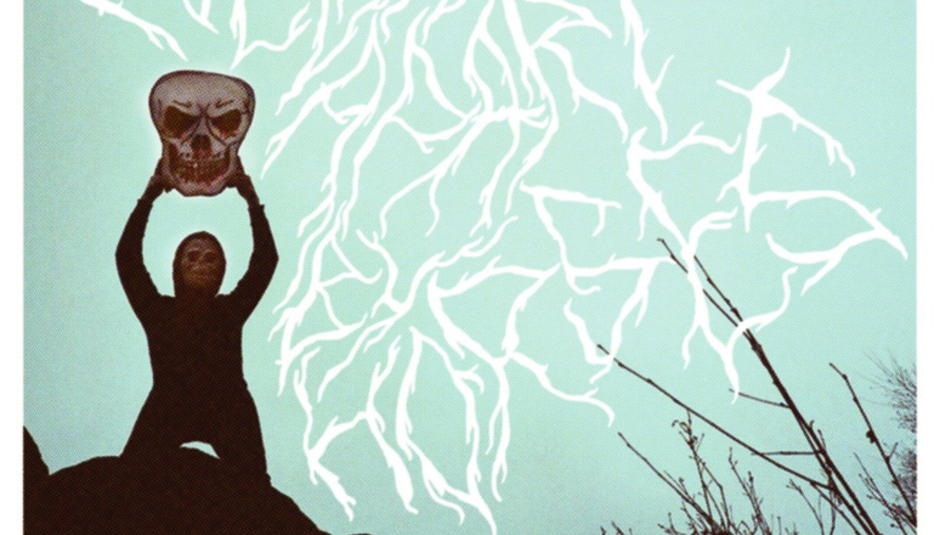 Pulled Apart by Horses give us the lowdown on their debut album... and you can stream it in full below...

1. Back To The Fuck Yeah

We chose 'BTTFY' to open the album as it stomps straight in without giving you any time to get ready for it. I always feel this song sounds like a bit of pop song with it's shout along vocals, yet it has the attitude of a snotty little brat. When we first wrote this song I kept getting an Adam Ant vibe from Rob's backing vocals - 'YEAHHHHH HUH's' for some reason. I think the title stands on its own - see if you can count up how many times the word 'Yeah!' is said in this song. Or don't.

We recorded this song with James before but this time round we just pumped it up a notch. I wrote the lyrics for it after losing my life and soul to the Zelda games. The song basically reflects on the hero 'Link's' love of fishing, fighting, power, courage and wisdom.

AN INTERESTING FACT: WOWSERS! : Lee our drummer did a retake of his count in before the power riff at the end as originally in the studio when screaming out the count in his voice broke like a 13 year old kid entering puberty. The re-take was then used in order of regaining his manliness. One thing that is important to him as he is the only REAL man in the band. The rest of us are just boys/girls.

This is probably one of the first songs we properly wrote together as a band. Previously only recording it as a demo it was awesome to hear it in its fullest as the early demo sounded like it was recorded through a dictaphone and a sock. When we recorded my lead guitar bit at around the 1 min 20 secs mark you can actually hear my guitar lead slip out , I had to then quickly scramble around like an idiot and plug it back in to come in on time. This is just an example of the way we wanted to record - capturing little imperfections and random things that would make the album sound interesting and as frantic as when we're playing live. I think there's another bit like this around the 2 min 30 mark when you heard James gets carried away and shouts 'oh!' after the riffage kicks in - I think a random mic in the room picked it up. I also had to re-take some lyrics in the opening verses as for some reason when I first did them I sounded like a drunken slurred ninja warrior.

LOLZORZ! This songs an oddball! We wrote this song just before we went in to record the album. It was originally titled 'Heavy Metal Gay Bars' due to sounding like two completely different songs glued together. In the studio we drew inspiration for the lyrics due to a bad combination of watching too much Ronnie Coleman video's on youtube and suffering from acute insanity and cabin fever. Check out some clips of Ronnie Coleman - he's a weird body builder that's completely lost his mind due to pumping 1 too many steroids! "AINT NOTHING BUT A PEANUT BABY!"

ANOTHER INTERESTING FACT : BOOSH! : The slurred heavy metal chanted lyrics at the end of the track were just blurted out on the spot, you can even hear me laughing at the end. But we liked it so much that we left it in and play it this way every time we play 'Yeah Buddy' Live now.

5. I Punched A Lion In The Throat

This is our club banger. If it was a hot dog it would be made out of pure carbon. We always finished our set with this as it had the perfect power riff and carnage to put a lid on everything! The songs loosely inspired from watching too much Conan The Barbarian. We didn’t want the predictability of finishing the album with this though & for some reason it worked really well being bang in the middle. We already had two different versions recorded of this track but this is the only one that comes close to how we play it live. You can even hear Lee screaming into his drum mic on the final hit of the song..... and maybe even Rob, combing his hair if you listen closely.

This is our dirty ‘punk by numbers’ song. Kind of sounds like The Bronx brushing their teeth. Its title is loosely based on the Leeds band, Grammatics’ bassist.... Sir Rory O’Hara. We did a tour with them guys and Rolo Tomassi and had this gig in Bournemouth. The crowd were a bit stale and winding Rory up a bit so he stepped up to the microphone and said ‘Enjoy Your Fucking Misery’ in his usual nonchalant manor. There’s also mild references to ‘the dead’ or zombies coming back to life to reap benefits. BOB ON! We got the raw icing to this beefcake for this song by only recording 1 guitar line, 1 vocal track and stuck to the first take of everything.

7. Get Off My Ghost Train

We wrote this song by contacting Kurt Cobain’s ghost via Ouija board but instead we got Patrick Swazye. Didn’t really matter though as he had some great things to bring to the table.

The title for this song was inspired by James and our mate Steve Wilson from a band called Japanese Voyeurs. When we were at T In The Park, they both got ‘reet’ wrecked and broke into the ghost train at the fair on the evening. They then spent about 10 minutes running around the thing getting chased by a ripped gypsy and almost got a punching!

YEAH! FUCK YEAH! WHATEVER! This was the first song we ever released now with an added beef canyon makeover! The old version didn’t have the power or the intensity that we were striving for and after playing the song live for so long it’s completely changed over time. It’s probably Lee’s fault that it’s 4 times faster but that isn’t necessarily a bad thing! I remember doing the vocals for this after swigging on some whiskey to warm up my vocals and get me loosened up. I’ve found that the best warm up for my voice is a cigarette and shot of whiskey. Don’t try it at home kids. It’s probably the main reason why I can’t sing anymore or even talk sometimes. WHOOPS!

I think this song smells like Josh Homme’s bumhole... In a good way though. I think it’s one of my favourite tracks on the album out of the new songs. It’s got the balls of a lumberjack and hooks bigger than Bet Lynch’s ear-rings! The lyrical content for this is a bit more serious compared to some of the tracks. SERIOUS HUH? I know, maybe it’s a new direction. It was a pretty standard decision to whack the classic rock ‘n roll break down/build up in it even though Lee mixes it up a bit with the classic club banger dance song build up on the crash cymbals! It’s taken us a while to play this song live a it’s a bit trickier to pull off tightly. Plus we forgot how to play the song after half writing and recording it in the studio and had to re-learn it again. Crap lads forever!

INTERESTING FACT 97 : BLAMMO! : I was pushing the vocals so hard for the last chorus that I actually puked up a little bit at the very end. We left the audio on there for shits and gigs!

Another old track re-polished and armed with a new set off fangs. This was one of the first songs we had. In fact – James, Lee and Rob had already written it together in a practice before I even joined the band! We re-jigged the vocals about to tighten them up and get them a bit more menacing.

Well here we are. We’re at the end of the album and it’s probably only just about over the 30 min line. Haha! And what’s better than finishing the album with a humongous fucking riff that goes on and on repeatedly for 7 mins? NOTHING! The name ‘Den Horn’ came from an old country farmer dude who lives near Gloucester. We we’re on the way to play a pop concert and one of our tyres blew. Being a bunch a rubbish lads who have never been able to drive (apart from James Brown when he drove a car through a dry stone wall when he was drunk) we didn’t know how to change a tyre too well. All of a sudden he came down a dirt path on a quad bike and began muttering the words ‘what a fucking life” for about half an hour. He changed our tyre. Gave us a little bit more faith in humanity. And waved us goodbye and good gig as he pissed off into the darkness again on his quad bike looking like a Steptoe version of Batman. TOTAL LEGEND! So this songs dedicated to him! The song itself is about an army of men taking on every beast and god under the sun (and maybe over the sun, i dunno.)

FACTOIDS : POOFT! : After the 7 minute riffage have a listen out for JB winding our producer James up about taking thing’s ‘from the top’ .......What a dick!