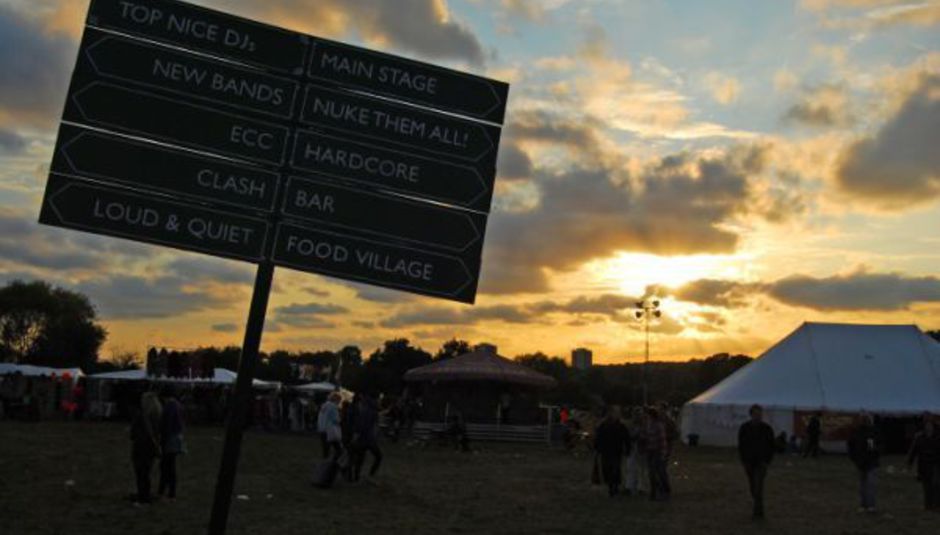 The use of the term 'boutique' when describing a festival is immensely annoying. Not to mention confusing. I mean, what the hell does it really mean? What we're talking about here are the smaller festivals. The ones with no, or certainly less, sponsorship. The ones where you can get a reasonable vantage point simply by 'rocking up' to whatever stage or tent it is around the time the band are playing, as opposed to needing to be there three whole hours before. The ones where you don't have to worry about LADS ON TOUR and such related goings on.

This is all roughly the category that the following five festivals fall into, one way or another. There are, of course, plenty more on offer like End Of The Road and Green Man but we chose these ones.

You can do that thing where your festival is as eclectic as possible. Or you could do the opposite and make it niche, or selective enough but not so narrow that the only people likely to come are either a) mentally unsound or b) friends and family of the organisers. Indietracks has the perfect balance between the two, being a celebration of all things indie-pop with a smattering of other genres across the three-day festival. Arguably last year's highlight was Art Brut who are quite a hop, skip and jump away from the twee brigades found elsewhere. Again, another festival held in/around a museum, this time a Railway museum. This comes in handy as various bands (not the big ones, obviously) perform on a steam train which loops around the site. Last year MJ Hibbett did this and I missed it. Gutted. Though there's no camping on the site itself – there's just about enough room for the few stages, made up of a corrugated iron church, an engine shed (including a bar with plenty of ALE) and your usual outdoor stage type setup - facilities for such are located relatively nearby, a drunken 20 minute stroll through the Derbyshire countryside. Warning: a torch may be handy at night. The campsite most people use – Golden Valley – has a marquee where various jockeys of discs spin tunes until some time in the morning. A well-mannered weekend of brilliance. The ONLY place to be this summer if you're an indie-pop loving steam train enthusiast.

You should REALLY see: Allo Darlin', The Pains Of Being Pure At Heart, Ballboy, The Primitives

If you've got the time and inclination: This Many Boyfriends, Jam On Bread, David Tattersall, Shrag, Whitetown Arguably this could have been included in the City Festivals, what with it being on the tube map. Just. However, it's not REALLY in London. Essex is where it's at, specifically in the middle of Hainault Forest and Country Park, which is firstly easy to get to, being on the Central Line and secondly quite a nice environment to have a festival. The feeling is perhaps that East London is transported about 10 or so miles North East but the one open air stage and various tents are all but next to each other and sound bleeding from each hasn't been a problem in the past. Plenty of grass to sit down on, too, plus some high quality munching opportunities.

As it takes place in early September there's still a fair while to go before the full line-up is in place, but on the last few years' evidence expect plenty of buzz bands and even more acts who justify their appearance fee. It's also mega cheap, like.

If you've got the time and inclination: Kap Bambino, Telepathe As stated on their website, this Cheltenham-based festival started “as a reaction to the mainstream music festivals and their ever spiralling ticket prices, poor facilities and pursuit of profit at all costs”. I guess then it's safe to assume that their ethos is the exact opposite of that and, combined with its name, the aims are firmly in the green and ethical camp.

Still, starting out small is no barrier and this year's event is already sold out. This is a 100% foolproof indicator of the festival's popularity. In numbers it features over 60 bands and DJ sets, 2,500 attendees, three stages and two nights of camping.

You should REALLY see: Future Of The Left, Pulled Apart By Horses, Three Trapped Tigers

See these too: Metronomy, 65Daysofstatic, Errors

If you've got the time and inclination: Shoes and Socks Off, Kill It Kid, Vessels Standon started calling us about a decade ago, beginning as a private birthday party. This year it celebrates its first ten years in existence on the same site it always has done, the grounds of the grandly titled Standon Lordship, in rural Hertfordshire, near Ware. Not too far from the capital city all the same.

Hard to separate this festival from the Clash song with a similar name, but such are the pitfalls. I guess it makes it memorable, although the I doubt the festival is going to be struggling in that department given who is playing, especially on the Twisted Licks stage, which reads like a who's who of 'bands what are currently brilliant'. Here are some other good things about Standon Calling: Plenty of showers. A real life swimming pool for you to do what you want in. Within reason. No sponsorship. Liars. DJs Colin Roberts and Mike Diver.

If you've got the time and inclination: Esben and the Witch, Egyptian Hip Hop, Delorean, Wild Palms Vince Power sold off his stake in the Mean Fiddler group which he founded in 2006 for many millions of pounds. He tried retirement for a couple of weeks but, as you can guess, he didn't think much of it, so when the restrictions were lifted on his operations (after buying Bennicassim no less) he decided to set up Hop Farm festival in Kent, an event which has absolutely no branding or corporate sponsorship. Quite the difference from the Carling Weekends from days gone by at Reading and Leeds.

This year they've secured the only UK festival performance by Bob Dylan and have previously had Neil Young headlining too, aiming to attract both the older punter and perhaps their children as well – this year sees Laura Marling and Mumford and Sons. Surprise!

If you've got the time and inclination: Richard Thompson, Tunng

Main photo by The Spider Hill