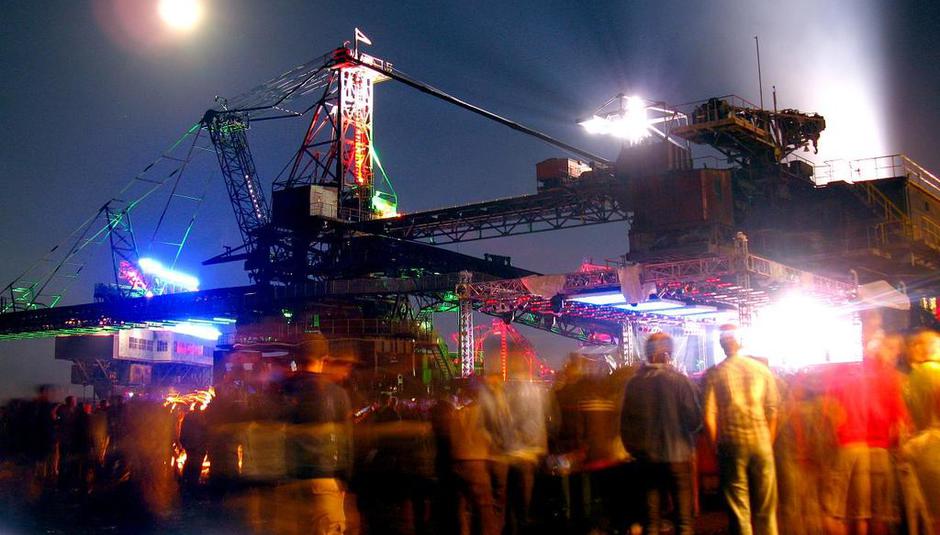 Though the worsening exchange rates and general economic bad times will have put some people off shelling out for flights, accommodation and perhaps overpriced booze, there's nothing to suggest that the habits of Brits abroad have significantly moved away from experiencing just that – and plenty of the good stuff, scenery, culture, good weather – and we continue to dot various parts of the continent and even further afield with our red faces and whining/excitement about the cost of pretty much everything.

Perhaps the main draws for us islanders are the differences in culture – both of the general type and of the festival. The majority of overseas events don't have the same oppressive levels of bureacracy and restrictions placed on them with, especially with regards to noise and finishing times. These are gripes which we're used to, so to party into the small hours just because you can tends to make sense. That and it'd be too bloody hot in some places to even contemplate seeing a band before 6PM.

Whilst there's the usual Spanish fare which many of us are familiar (some of you may even be at Primavera this weekend) there's plenty of options in Eastern Europe now, many of which in what my grandfather might call 'The Former Yugoslavia'. Or just 'Yugoslavia'. Here's a run-down of a few of the best, no two being from the same country.

A site which is surrounded by now disused coal mining towers (see main photo). Other such mechanical monsters are also available for viewing, as the location is primarily a museum for gigantic machinery, dubbed Ferropolis, a.k.a. The City of Steel. Only in Germany. A certain selling point and I'm sure Chris Barrie would love this sort of thing. Melt has been running in various locations since the heady days of 1997, but has now settled in the central-ish location of Gräfenhainichen, near Dessau, Saxony-Anhalt.

It being dear old Deutschland, be prepared for plenty of electronica and a lot of it home grown. They like it that way. That said, there is “plenty for everyone” as the cliché goes, with current favourites Broken Bells, Yeasayer, Friendly Fires, Fuck Up, Dirty Projectors, DJ Shadow and Four Tet all popping up during the festival. Right, Norway is a beautiful country, perhaps the most beautiful country in the world. But it is also very expensive for us Brits. You probably knew this already, but if you're looking for something a bit budget then heading to any of the Scandinavian countries is unwise, purely monetarily. Still, knowing the Norwegian hospitality, and the quality of acts that this festival has managed to attract you're almost guaranteed to have a good time.

The happenings happen in the Middalalderparken (Medieval/Middle Ages Park) in South Central Oslo. Other good news is that the hospital is near. Just in case. You could also pick a stonking line-up from the Norwegian bands alone, of which there are many, many, ranging from the heaviest shit you're likely to here (Shining), to more serene passages (Susanne Sundfor) and somewhere in between (The Megaphonic Thrift). Truly spoilt for choice.

If you've got the time and inclination: Casiokids, The National, Fucked Up, LCD Soundsystem, Converge, The Megaphonic Thrift, Tune-Yards Not just a music festival, Sónar also includes the 'other' arts, though music is undoubtedly the emphasis. It's also divided, perhaps wisely, into Sónar: By Day and Sónar: By Night – something which is fairly self-explanatory, but enough to get your money's worth should you be either an early bird looking for cultural worms, or more of a night person, or perhaps indeed a complete superhuman who does everything without so much of a yawn sneaking across your face. Again, it's an event which tends to have an electronic 'flavour' but you'd hardly call it obscure, more niche and selective. I guess the weather in high summer would also be a draw and the fact that it takes place in Barcelona, am I right?

Where: Various venues and sites across Barcelona, Spain Moving this year to Katowice from its previous base in Myslowice the 2010 edition of OFF will be the fifth and, as tends to be the way with these things, its biggest year so far, and arguably the best line-up. Last year we sent Andrzej Lukowski back to his ancestral homeland and it sounded like he had a very good time indeed.

If you've got the time and inclination Shearwater, 19 wiosen, Mew, The Tallest Man On Earth, Lachowicz Not kidd'n' – it took me twice as long to work out how to pronounce this one as it did to write this section. Just saying. Anyway, the French do things in their own French way and this festival is most certainly very Fronch, taking place in a nature reserve in Malsaucy, which sounds exactly like the sort of place you'd want to see someone like Missy Elliott, who happens to be playing this year. Also the kinda place where Brits Abroad have their photo taken next to the sign of the town's name. MALSAUCY ;). That sort of thing. It's near the Swiss Border, by the way.

Last year was the 20th anniversary of Eurockéennes, which makes this year the 21st, so it's well into maturity. Tickets are dead cheap with a full three day pass - including camping - currently going for just €95 which, depending on the exchange rate, seems about as reasonable as possible. No pets or animals on the campsite however. Not even a parrot.

You should REALLY see these: Missy Elliott, Gallows, Omar Souleyman, The Wankin' Noodles

Where: Malsaucy, Near Belmont, France