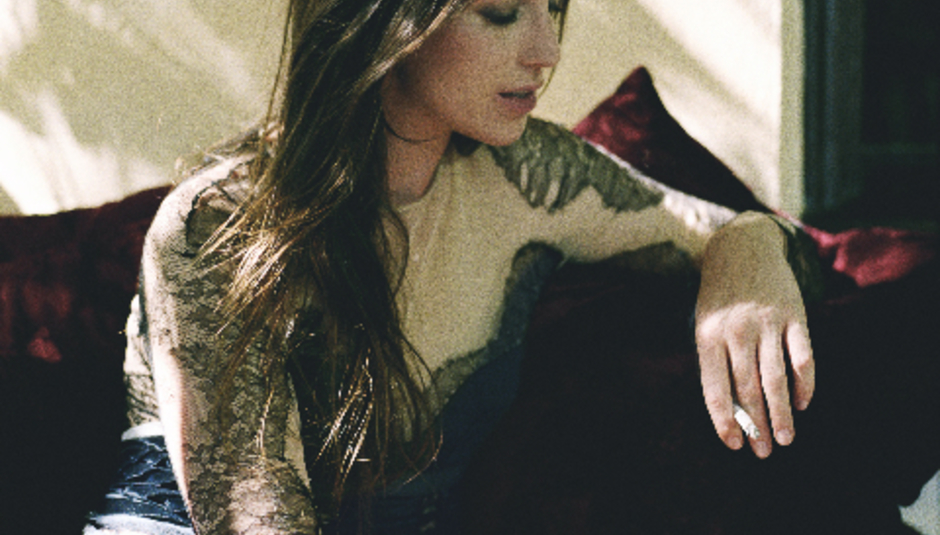 When Charlotte Gainsbourg was 12 she made her musical debut dueting with her father, Serge, on a still notorious single called ‘Lemon Incest’. As an actress, she appeared last year as the unrelentingly sexually violent lead in Lars von Trier’s ‘Antichrist’. Hers is a career that has always playfully shrugged off social mores with an air of measured provocation, but then what else would you expect from someone whose parents breathed ‘Je t'aime... moi non plus’ to each other?

I wasn’t sure whether these calculated controversies would be delicate topics to broach in conversation, but I needn’t have worried. Gainsbourg turns out to be charmingly ebullient and engaging whether she’s talking about her father, her film career or her own intriguing musical journey.

It began with her first record, called ‘Charlotte for Ever’ in France but known to the rest of the world as ‘Lemon Incest’ after the controversial single she recorded two years prior. It was released when she was just 14, twenty years before she would record her second, ‘5:55’. Looking back, she says the intervening years distance her from those songs. “It’s very separate. It’s like being a different person. The memory I cherish is recording ‘Lemon Incest’. That was another time, I was twelve and it was on a record of my father’s, Love on the Beat. It was my first experience and it was very magical, but the record I did with him was done so quickly. He did everything, so I didn’t really have an influence on anything. I’m very thankful that I had that experience with him, but I didn’t talk about the lyrics with him. He didn’t work that way. He wrote the songs and I recorded in a week and it was done. It’s very, very far away and very immature, in my head.”

She has just released her third album, IRM, a collaboration with Beck named for the French translation for the MRI scan. It is anything but immature. In 2007, Gainsbourg suffered a brain haemorrhage in a water-skiing accident and as she lay in the metal tube for scans, the sound of the machine accompanied her contemplation of mortality. No surprises, then that the sound found its way on to her album in the form of sample lifted from the internet.

She says now, however, that there was never a conscious decision to theme the album. “The idea was important to me, but I didn’t do the album thinking ‘I’m going to talk about this experience I’ve had and the MRI’, it just very naturally came and I didn’t talk to Beck that much about it.”

She must have talked to Beck about something, though, because although IRM is billed as a Charlotte Gainsbourg solo album, the music and lyrics were written predominantly by Beck. What did she tell him she wanted? “At the beginning, I really didn’t know. When he asked me what sound I wanted or if I had a precise thing in mind, I didn’t. I wanted to explore things with him and I wanted to try different stuff.” But the accident played a part in that? “What I had in my head at the time was not the accident itself, but the memories and a fragile state of mind and I think that’s what he understood. He wrote all the lyrics, I just came up with titles and song ideas and words here and there, but not more than that. He was able to really understand what I had in my head.”

Going exploring with Beck may sound like an exciting way to make music, but inevitably not every roll of the dice pays off. She laughs as she recalls a few of the missteps along the way. “We tried a rap song that was quite terrible, which was my fault. Then we did a disco song, we tried all sorts of things. We had fun.”

Building that intuitive working relationship meant working together closely at Beck’s home studio, a culture shock compared to the more collaborative approach she took recording 5:55 with Air and Jarvis Cocker in Paris. “I was alone with Beck - I mean, there was a sound engineer there with us - but the discussions were more intimate. Then the fact that it wasn’t in Paris, so it was away from my home and away from any kind of references that I had. 5:55 was done in a studio in Paris, which was very close to what I had experienced with my father. This time it was in Beck’s house.” Was that an isolating experience? “Yes, being in Los Angeles I felt completely isolated, sometimes in a good way, sometimes in a very bad way but it helped for all sorts of moods. The whole thing was really very different. It was the same thing, though, of working for a very long time, maybe a year and half. That was the same with Air, because I wanted to be able to continue doing films. That was quite nice, being able to go back and forth and taking a bit of distance.”

The film that she was going off to film during the making of IRM was Lars von Trier’s ‘Antichrist’. Gainsbourg won the Best Actress award at Cannes for her performance as a woman who becomes more violent and unhinged as the film goes on. Surely such an intense performance must have been hard to leave behind when she returned to music? “It did have an importance,” she concedes, “but just in the mood. I didn’t bring back anything about the subject of the film. But about the experience and the intensity of the shoot that I had been through, yes, I think I wasn’t entirely ‘over it’ when I got back to the music with Beck. I had to talk about the shoot and what I had gone through. Also, because it was so unreal. I only had the memory of the shoot. I didn’t have any of the images, I didn’t know what the film would be like, so it was completely abstract. It was quite vivid in my mind and I needed to talk about it, so it influenced the kind of helpless mood I was in afterwards.”

A film with a more obvious influence on her musical career would be Todd Haynes’ ‘I’m Not There’, in which she played the artist wife of Heath Ledger’s Robbie Clark, just one of the film’s splinters of Bob Dylan. She contributed a cover of ‘Just Like a Woman’ to the film’s soundtrack and says the film was a dream for a Dylan devotee like her. “It was an incredible film to do, and I’m very emotional about it today because Heath Ledger’s dead and the whole thing was so strange. But as an experience it was just wonderful to be able to be inhabited by that music which I had listened to really all my life. Just being able to play scenes with the music is quite rare, and it’s so helpful, you’re just compelled to go towards the music.”

Performing with music is something she’ll be getting used to now, as for the first time in her life she’s decided to play live. She says she didn’t tour 5:55 because she was intimidated by seeing “incredible” performances by Radiohead, Fiona Apple, and the French singer-songwriter Camille. This year she overcame her nerves to complete a short tour of America, including a stop at Coachella. On the 22nd June, she brings her tour to London’s Shepherd's Bush Empire, and she returns in July to play the Sunday at Latitude. She’d previously mentioned Grizzly Bear as one of her current favourites and sounds delighted when I point out that she’ll be on the bill with them there. Coachella was her first festival experience but it gave her a taste for them. “It was very exciting, and so new. To be able to experience something new at my age, and have such discoveries – the whole experience was really thrilling and at the same time, kind of nerve-wracking.”

This seems to be the mantra by which Gainsbourg pushes her career forward. She enjoys nothing more than finding that space in which she can provoke discussion, thought and controversy, even if her nerves are jangling as she does it. “It’s terrible to have to juggle with that fear all the time but that’s what gives me enough pleasure to want to do it and to continue.”

To win a pair of tickets to Charlotte Gainsbourg's first UK show on 22nd June at the 02 Shepherd's Bush Empire answer the following question by commenting below.

Winners will be selected at random.

In Photos: Dan Sartain @ Brudenell So...