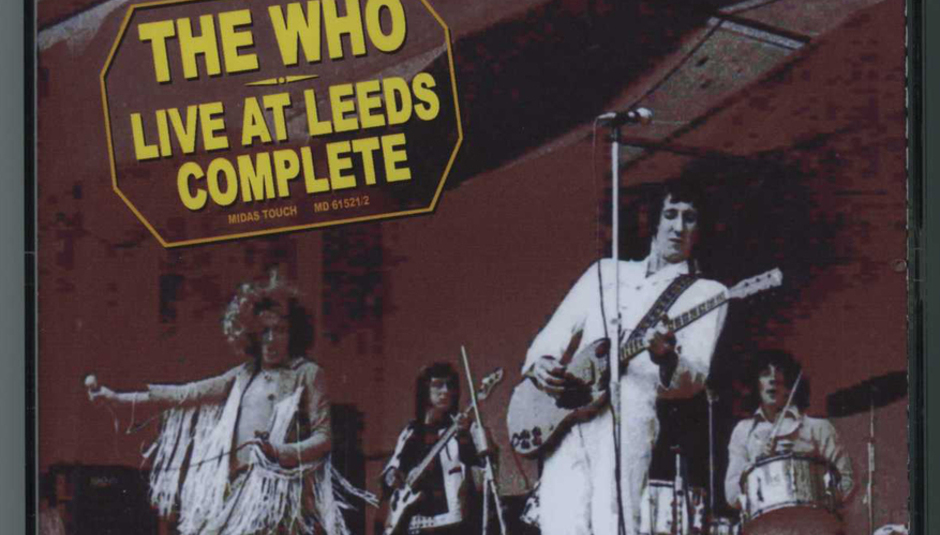 The second installment in our ongoing series of local scene reports from our local scribe in Leeds...

With the bank holiday weekend fast approaching the musical feast that is Live at Leeds will soon be upon us. It begins on Friday 30th April with a programme of seminars and workshops dubbed ‘The Unconference’ - it aims to offer practical advice for those interested in the ‘industry’ (including several talks from DiS’s Editor Sean Adams), followed by The Drums playing at The Cockpit. Saturday is a wristband event in the same vein as Camden Crawl with around 160 bands spread across 17 city centre venues, which makes choosing who to catch a rather difficult task. With around half the acts coming from the West Yorkshire region it is a great display of what the area has to offer. So here are some of the local acts playing that I’m most excited about:

Ok so noise-rock trio Dolphins aren’t exactly from Leeds, but Bradford’s not that far and we’d be happy to adopt them. They’re one of the first bands on and will be delivering a dark hardcore based dose of adrenalin should anyone still require waking up.

A magnificent combination of venue and artist. Expect the acoustics of the church to work beautifully in heightening Laura Groves’ soaring vocals and intricate instrumentation.

I keep missing out on seeing these but if the accounts of their live show’s heavy brutality are to be believed, the cobwebs in the Refectory don’t stand a chance.

The indie-pop three-piece will be returning to a Leeds stage and previewing their much anticipated second album. If it’s half as hook laden and accessible as their debut then it’ll be a corker.

My planned route is far from decided yet and will probably be decided on a drunken whim, let me know who you’re looking forward to seeing too and I’ll try and venture there.

For those still eager for more; the following day the Brudenell is offering an opportunity for wristband holders to enjoy another evening of music headlined by Crystal Antlers for free (£5 for those without wristbands). Beginning from 6pm some of Leeds most interesting artists will also be playing; Blood Crips (more of which later...), garage-punk embracing Twisted, Juffage and Bear Driver, and also retro-minded DiS interviewee Spectrals (Interview here). Finally, Monday 3rd May sees British Sea Power play Holy Trinity Church, a grand end to what should be an excellent weekend.

A couple of locally released compilations have really caught my ear over the last fortnight.

Dance To The Radio : Still Occupied Though You Forget

This year, Leeds based independent label Dance To The Radio turn 5 years old and to celebrate the occasion they released a tasty 12” picture disc compilation for Record Store Day (Further details here). Half the material comes from local bands and the rest from the labels’ favourite artists from across the globe. As a whole the collection segues together very well and it’s difficult to pick highlights from such consistently good choices. The first side houses a typically grand track from I Like Trains who are about to embark on a European tour in support of Editors, and the track ‘Lament’ by Club Smith is a catchy reminder that I really should get hold of their recent ‘Loss EP’. The reverse features Honour Before Glory - the new project from Whiskas (iForward,Russia!), who spearheads a menagerie of Leeds musicians taking an atmospheric post-rock direction. Paul Thomas Saunders contribution is another uplifting composition with a serene, ethereal feel. A worthwhile purchase, if you can still find a copy that is. Website

Promoters Plumpton’s debut release hosts a track a-piece from four of Leeds newest acts: James Owen Fender, Wingman (solo work of former Old Romantic Killer Band frontman Harry Johns), Blood Oranges and Moody Gowns. It was Moody Gowns addition to this EPs release that captured my interest in it, as they are one of my favourite live bands around at the moment. I’m not sure if frontman Nathan Moseley is insanely energetic or energetically insane but it certainly makes for enjoyable viewing, and as a band they make many of their peers live performances seem lacklustre. Producer James Kenosha has done a fine job of capturing this energy on record with their contribution to the EP; the eccentric ‘Mr Money’. The other tracks are great too, all demonstrating a pop edge, and are complimented by some fine artwork/packaging. Hopefully Plumpton will continue to put together more records like this. Website

Tigers That Talked are one of my favourite West Yorkshire bands and after having released several excellent singles so far, I’m eager to hear their album due out this year. They make effortlessly beautiful, rich sounds using a violinist instead of a lead guitarist which adds orchestral flourishes to their folk rock disposition. They will be supporting experimental post-rockers Sian Alice Group, along with the aforementioned Paul Thomas Saunders, at Nation of Shopkeepers on May 25th.Myspace

Blood Crips are a band I stumbled across after writing Drowned in Leeds #1, and their speedy garage-punk tunes have been the soundtrack to my treadmill sessions since I acquired their 6 track. The songs are all short and catchy numbers with a fuzzy lo-fi charm about them. You can see them supporting San Francisco’s Thee Oh Sees at the Brudenell Social Club on 4th June.Myspace

Every Monday evening the Gaslight Club sees Oporto Bar echo back to the New York coffee-house scene of the 1960s. It’s hosted by Dead Young Records and Leeds folk stalwart Gary Stewart, who have a discerning ear for choosing quality acoustic artists that blend well together each week. I can certainly attest that sitting down with friends and listening to fine acoustic music by candlelight is a great way to spend a relaxing evening in the centre of town. Especially attractive is the all-dayer they’ve just announced for the 3rd May headlined by ex-Pipette, Rose Elinor Dougall.Myspace

17th May - The Cockpit - Johnny Flynn

27th May - Nation of Shopkeepers – Washed Out + Small Black