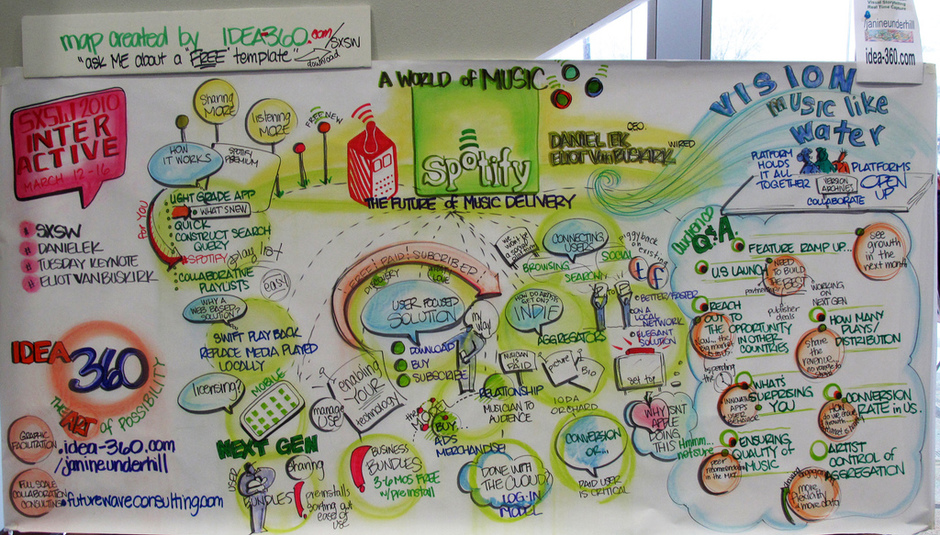 DiS now does a monthly playlist for the Spotify blog and we thought we'd share this month's playlist right here.

Spring has sprung in London but there are no sheep leaping fences or daffodils bathed in sunshine outside my window. Nope, there's heavy rain bashing my window pane and high-winds turning umbrellas inside out, so apologies in advance if this isn't some Balearic beat-riding beast of a playlist and is perhaps more of a sombre plate of dark chocolate biscuits. Unless you're somewhere exotic reading this (and if you're reading this on your mobile, cooling in the shade on some beach, please spare us a smug a comment below, thanx!), go grab a cup of lady grey tea, put on some radiator-warmed socks and press play on this month's playlist by DrownedinSound founder Sean Adams.

Mark Linkous was a genius. On March 7th he shot himself in the heart (News story) and in doing so his legacy was finally heralded by all corners of the mainstream press. If you haven't heard Sparklehorse before and like this track, I thoroughly recommend you explore Mark's entire heart-rendering catalogue of fuzz-drenched, sun-drunk, pop hits from a parallel universe. Rest in Peace.

Alex Chilton of the hugely influential Big Star also died in March 2010 (News story). This is a Big Star cover by the also deceased Elliott Smith, who has some posthumous remasters out in April via Domino Records in the UK and the Kill Rock Stars label in the US (info).

Here's a new project from two living legends, James Mercer from The Shins and Brian Burton aka Danger Mouse, who you may also know as one half of Gnarls Barkley. This synthesis of James' lyrical prowess, melodic wonderment and Brian's beats and next-level production coalesce beneath the swirls of post-Beatles psychedelia and swirly 70s LA-rock. Their self-titled album came out earlier this month (9/10 Review) and DiS caught up with them (somewhat jet-lagged) in Paris to talk about the record and the collaboration, which you can watch by click-clacking here.

This Canadian super-group features everyone who's anyone in Toronto's indie-rock scene from Feist to post-rock royalty A Silver Mt Zion. Broken Social Scene have a new album due soon and they're coming over to play a show in Sheffield for Drowned in Sound. We love them, especially for tracks like this swelling - almost drone-like - song from 2002's You Forgot in People, featuring vocals from Metric's Emily Haines.

Speaking of Ms. Haines, you might have noticed the special edition of Metric's latest album Fantasies being advertised on Spotify. It's well worth exploring, as is Emily's Knives Don't Have Your Back solo record (which, in the name of full disclosure, I released via the Drowned in Sound label a few years ago as I loved it so much). Emily was planning to work with Mark Linkous on the forthcoming Sparklehorse album and wrote this touching tribute to him, here.

Whilst this playlist is at a low-ebb with sultry vocals, here's a track from the new White Hinterland album Kairos (8/10 review). Portland Oregon based Casey Dienel's vocals swoop and unfurl on this track, against the icy swarm of synths. When not making music, Casey is a massive 'foodie' and provided DiS with three recipes for you to make and bake at home.

Picking up the pace of this playlist a little but not a lot, is jj (which is meant to be written in lower-case), with this track taken from her blog-buzzed new album jj nº 3.

Don't adjust your speakers or ponder whether anyone's slipped 'something' into your elevensies, as this is simply the sound of 'chillwave'. Not sure what that is? Read this thread for a full explanation of this latest sub-genre fad. This track is taken from Toro Y Moi's latest album Causers of This (7/10 review) which is out now.

Of course, a lot of the 'chillwave' sound wouldn't be imaginable/thievable if it wasn't for Brian Eno's excursions into new frontiers of sound, such as this track from the benchmark setting Low. I say benchmark, what I really mean is an impossibly high hurdle, which, decades on from it 1977 release, still sounds impeccable and future-leaning.

Squalling from your speakers is the sound of Glasgow-based, artful, angular guitar-wielding, electronica outfit Errors. They've toured with dance-acts, post-rock pioneers (in fact, they're signed to Mogwai's Rock Action label) and hipster guitar bands, whilst never deviating too far in either direction. This track is taken from their 9/10 scoring new album Come Down With Me. You can catch Errors on the Drowned in Sound stage at Summer Sundae festival in Leicester alongside Futureheads, Frightened Rabbit, Los Campesinos and more (details).

11) Liars 'Scarecrows On A Killer Slant (By Tunde Adebimpe)'

New York's noisiest ambient-loving punks Liars took over Drowned in Sound to celebrate the release of their phenomenal new album Sisterworld (8/10 review). They also let a heap of the most talented musicians around remix their album. The remixes feature on the second disc, including this one by Tunde from TV on the Radio.

Speaking of remixes, here's a concoction of rap-star Kid Cudi, indie-pop tear-aways MGMT and palatial 'n pastoral deviated disco chaps Ratatat. This month we interviewed MGMT about their much-debated new album Congratulations and heard rumblings that Ratatat have a new album due in May.

13) The Knife 'We Share Our Mother's Health - Trentemøller Remix'

We rarely hand out 10 out of 10 ratings on DiS but then we very rarely hear anything as unique as The Knife's Darwin-inspired Opera, Tomorrow, in a Year. This track isn't from the opera but acts as an introduction to one of the greatest bands of the 21st Century. You can also read our interview with Olof Dreijer here.

Dumm-dumm-derring-screech! Caribou aka London-dwelling Canadian Dan Snaith, is a man who's equally awe of nature as he is in love with mathematics and machines. This track comes from his forthcoming album Swim which is due out on April 19th. Whilst you're waiting for the record to drop, check out the video have a listen to these fantastic remixes he's done recently, including a beautiful remix of Four Tet.

Chirpy, electronic and twee aren't the kind of words you can use to describe many things but with their Belle & Sebastian meets Animal Collective swirl of textures, that pretty much describes what Tunng do. This track has been remixed by Bloc Party and we ran a competition to remix it again - have a listen to all the entries here. This track is taken from their new album And Then We Saw Land (7/10 review).

Sitting on a door-key-scratched bench, somewhere between the romance of The Libertines and Franz Ferdinand's pop blimp are London's Stricken City. They were one of the band's to watch at this year's SXSW and they recently made a great video for new song 'Animal Festival', which cost just over a hundred quid and has to be seen (HERE) to be believed. Uh-uh-oh-OH....

Much-like the White Stripes, Blood Red Shoes are a formidable two-some. Rather than turn blues-rock up to eleven, Steven (drums & vocals) and Laura-Mary (guitars & vocals) have dragged grunge kicking and spewing into the noughties. The Brighton duo's second album Fire Like This is one of the finest releases of the year so far - go investigate it! To promote the release Steven shared the things he's learned in transition from his time in do-it-yourself Fugazi-esque punk rock bands (including Cat on Form) to being in a world-touring 'professional' band with a record deal, read the piece, featuring must-read advice for any musicians here.

If you like bands who create music that is menacing and so grand it towers over you (like Low and early Verve), turn this up! The Besnard Lakes Are the Roaring Lights is one of my favourite albums of the year (so far!) and it seems a lot of our community agree.

After that wall of sound, I thought this chilled out 80s movie soundtrack-like bliss would be quite soothing. The album Witches (review) which this track comes from is perfect to throw on late at night or whilst you're in need of a de-stressing cocoon of sound at your desk.... until the white noise static kicks in, obviously!

Closing this month's playlist is a track from the wise-and-wrought-beyond-her-years Laura Marling. On the critically-celebrated new album I Speak Because I Can (9/10 review), her voice has a new-found grace and oakie croak plus her song-writing has found a subtlety of its own.

...and with that fading strum, that's your lot from March 2010. If you're looking for more playlists, check out our weekly and irregular themed Spotify playlists on DrownedinSound.com. And if you missed February's playlist you will find it here and January's is here.

White Board image by Janine Underhill via http://edjeavons.co.uk/tag/sxsw/