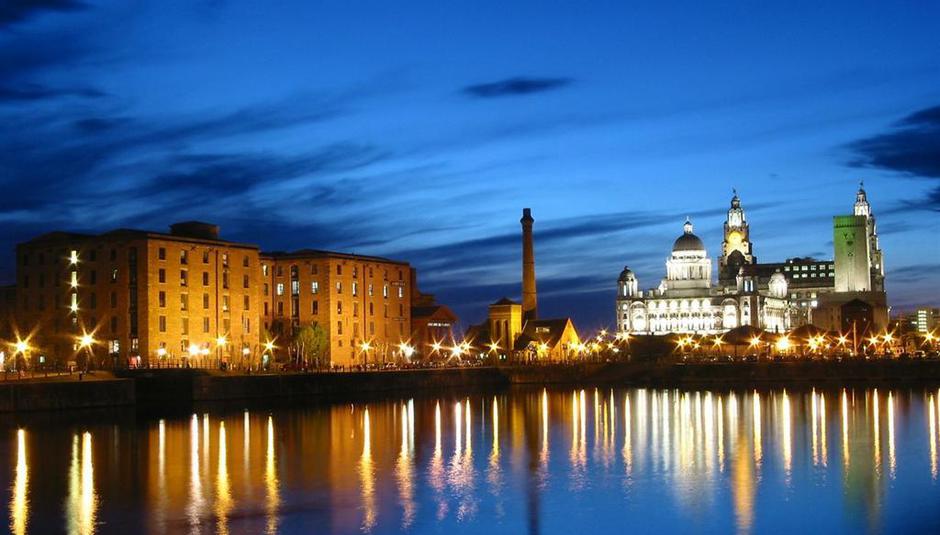 In 2008 Liverpool came top of a British Arts Council poll to discover Britain’s ‘Most Musical City'. This is mainly thanks to the city’s historical impact on the UK’s music industry, thanks to the like of the Fab Four and Gerry & The Pacemakers in the 60’s. Throughout the years, the scene has developed organically alongside the culture of the city which saw a slow recovery from an economic slump (four of the country’s ten poorest postcodes were all based within Liverpool in the early 00’s), social unrest (the race-fuelled Toxteth Riots in the 80’s) and more recently city pride (thanks to the city’s ‘European Capital of Culture’ title during 2008).

After arriving in what I now call ‘home’ in the late summer of 2004 (with my birthplace of Sheffield now referred to as ‘home home’), the past six years have seen the Liverpudlian music scene shift from being one of the most exciting in the country thanks to the like of The Coral and The Zutons, to something a bit more self contained in recent times. With the UK music industry currently shying away from signing guitar-based indie music, Liverpool appears to be waiting for that trend to buck rather than change itself.

After a busy year which saw them win the accolade as one of BBC Introducing’s ‘Acts of 2009’, Sound of Guns are currently a couple of months away from releasing their debut album on Distiller Records. With a host of BBC Radio 1 support and a strong team behind the scenes, hopefully the band look set to breakthrough in 2010 because, let's be honest with ourselves, someone needs to fill the ‘football terrace’ rock gap and my dad fucking loves them (note: this is a good thing as my dad is genuinely rather cool). myspace.com/soundofguns

With a stronger reputation within mainland Europe and in the States, Wave Machines are often overlooked as a Liverpudlian band as they appeared to have kept themselves out of the local bubble. Whether that is a conscious decision or not remains unsure but the band will be hoping their recent jaunt to SXSW will pay dividends. myspace.com/mywavemachine

I’ve no doubt these gents where aiming for ironic humor in naming themselves something rather associated with Liverpool but as someone who has actually had his bike TWOC’d by the city I’m failing to see the funny side of it. I can let them off though as they’re clearly influenced by Queens of the Stone Age and tracks such as ‘Stop To Start’ and ‘Eggshells’ are fair enough compensation for my now longer journey to work by foot. myspace.com/bicyclethievesuk

More Widnes than Liverpool, but seeing as they named themselves after one of the first pubs you see whilst driving into scouseland they’re getting included in this list. A bunch of young lads who’ve developed nicely over the past 18 months and are starting to blossom which brilliant demos such as ‘Life For A White Light’ and ‘Traffic’ appearing on their Myspace. Catch them live and you’ll notice they love a bloody good outro too. myspace.com/paraffinoilshop

Someone once said to me of Capac; “They sound like Fourtet… If Fourtet hadn’t slept for three straight days”. I’m still yet to figure out whether this was vituperative or just plain complimentary, but I’m hoping it’s the latter thanks to rather brilliant songs like ‘Circle, Yes’ which you may have heard on a Five TV CSI Advert or in the Cheshire based shenanigans of Hollyoaks. Mesmerising live, hopefully they’ll carve out enough of a niche to make a decent career from their electronic blips and whatnot. myspace.com/capacmusic

Delta Sonic - The once great Delta Sonic records is now a shadow of its former self after being unceremoniously dropped by their parent label Sony Music at the end of the 00’s. The highest profile Liverpudlian acts of recent years including The Coral, The Zutons and The Rascals called Delta Sonic home before the former two parted ways and the latter not looking to release anything in the near future. They currently have one artist with a pending release; The Suzuki’s who have been recording their debut album for over 5 years and thanks to this fact struggle to be taken seriously within the local scene. myspace.com/deltasonicrecords

Viper Records - Brainchild of ex La’s co-founder Mike Badger, Viper records specializes in releasing rarities and early Merseybeat re-issues. Basically, if you want to be one of those people who feels the need to name drops artists that pretty much no one except for the artists in question family will of heard of, then get yourself over to their site and fill your boots. the-viper-label.co.uk

Zanzibar – Liverpool’s leading grass roots music venue, The Zanzibar is THE venue all artists play on their way up within the local music scene. Regularly hosting nights by student promoters and artists themselves, the venue is run by an infamous local character who you should strive to keep the right side of. Upcoming highlight: Blood Red Shoes Fri 21st May

Ink/Masque (formally Barfly) – When the Barfly closed its operations within Liverpool in mid 2009, the venue was snapped up by a local business who own two other successful bars close vicinity. After investing heavily in structural change and general maintenance, the new owners retained a larger majority of the Barfly staff and are aiming for the venue to still host artists who are touring the other Barfly venues around the country. After a shaky start the venue appears to be making a decent name for itself with the regular and celebrated club night ‘Chibuku’ still bringing in the crowds.

Korova – After enjoying a reign as Liverpool’s ‘coolest’ bar and venue, the Korova was shut down after not paying its alcohol license to the city council. Undeterred the venue moved location slightly out of the city centre and is now trying to regain back its former glory; something it’s currently succeeding in doing with gigs such as Crystal Fighters on their way. Upcoming highlight Crystal Fighters Saturday 22nd May.

Kazimer – A rather quirky little venue that’s come out of nowhere in the past 12 months hosting gigs for the likes of Delphic and The XX and with shows from Foals and Wild Beasts to come.

O2 Academy – With two rooms on offer, the O2 Academy hosts the larger touring acts who chose to come to Liverpool. Several club nights have attempted to launch their but have always ultimately failed making the venue pretty much exclusively ‘gig only’. Upcoming highlight Chew Lips Sunday 25th April

Echo Arena – What Liverpool was missing for a good while, the behemoths now have somewhere to strut their rather epic sounds. Also plays host to the majority of gigs for the annual ‘Liverpool Summer Pops’ festival which this year contains rubber faced Rod Stewart and ‘are they still going?’ Crosby, Stills and Nash. Upcoming highlight FUCKING KISS! Tuesday 4th May

‘Revo’ – responsible for pretty much every decent emerging band to play Liverpool in the past decade, Revo is the cities go-to-guy for gigs and promotion. Over the years he’s put on artists who’ve gone on to achieve global stardom including The Arctic Monkeys, The Killers, Animal Collective and many more. Without him, the city would arguably be baron of any decent gigs.

Liverpool Sound City – Now in its third year, Liverpool Sound City is a music festival and conference spanning over 4 days. In the evening the festival pretty much takes over the city centre, playing host to hundreds of artists at various stages of their careers whilst in the day the conference pulls in some heavyweight speakers to discuss the current climate within the industry. This year's event sees the likes of The Maccabees, Paloma Faith and Mercury winner/general ray of sunshine Speech D’abelle trot the boards respectively. You can get your hands on wristbands here for quite a reasonable price in these tight pocketed times.

So there you go, that's my humble musings of the current situation. If you think I’ve missed something out then comment/insult me below.

If you want to read my blog www.sentric.wordpress.com then go here, follow me on Twitter www.twitter.com/sentricmusic here and listen to my Podcast here.

This month's column is by Simon Pursehouse from Sentric Music.

"Sentric Music is an independent music publisher who are home to thousands of independent artists, actively pushing new music for synchronisation worldwide."