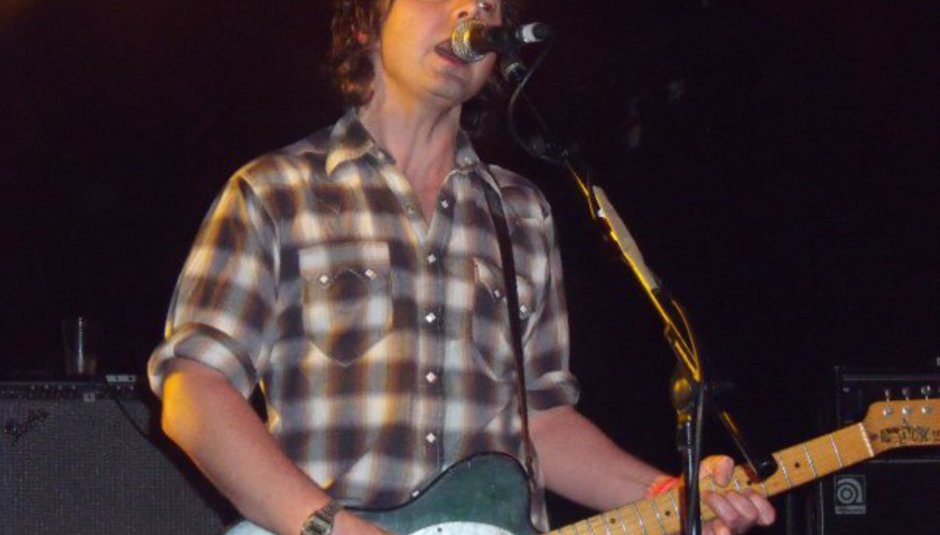 Walking past the queues outside the Scala before tonight's show, one would be forgiven for expecting a melange of forty-somethings paying their respects one last time to Chapterhouse, veterans of the much-maligned shoegaze scene of the early 1990s. However, despite this being billed as their last ever UK show, there's quite a youthful element among those waiting in the cold, no doubt prompted by their excellent performance at last year's Reverence event. It's certainly a far cry from the final few months of their initial existence, when the disastrous reception afforded to second album Blood Music coupled with the advent of Britpop signalled their untimely demise.

First up though are Air Formation, a band who've carried the torch for the genre exquisitely this past decade. While new long player Nothing To Wish For (Nothing To Lose) doesn't quite scale the heights of its predecessor Daylight Storms on record, live, they're something of a formidable force. Indeed the entire seven-song set is culled from the current album, and even though occasional sound glitches threaten to mute Matt Bartram's choral vocal at disparaging intervals, their ambient wall of sound is a joy to behold, and a stately introduction for what follows.

For Mancunian-cum-London post-gazers Engineers the last twelve months have been something of a rollercoaster to say the least. Having finally released long-awaited second album Three Fact Fader to a resounding salvo of critical acclaim, the band seemed to be falling apart towards the back end of 2009. With tours cancelled and rumours of band members quitting, it looked as though the writing was on the wall for one of the most underrated outfits of recent years. However, despite alleged objections to the continued use of the Engineers moniker by former members, a new five-piece line-up was assembled - guitarist/singer Simon Phipps and bassist Mark Peters being the only two originals remaining - and tonight represents only their second ever show as Engineers Mk II. At times it shows, with Three Fact Fader highlights 'Clean Coloured Wire' and 'Helped By Science' barely recognisable from their recorded counterparts, their previous genteel qualities overshadowed by a more brutal, often heavier sonic barrage. Nevertheless, the closing double whammy of 'The Fear Has Gone' and first album highlight 'One In Seven' restore parity, Daniel Land's guitar textures swooning gracefully against Phipps' increasingly confident vocal. Although now essentially a new band, one feels that given time and space to regenerate their sound, Engineers have the potential to surpass even their past exploits.

For Chapterhouse this could almost be labelled as their interpretation of Custer's last stand. Playing their final show in the capital, or indeed anywhere on these shores before sounding off for good in Japan and North America next month, there's a nagging feeling that some of the band see this as their final opportunity to silence the doubters once and for all. With four of the five members from the "classic" Whirlpool line-up in tow, this is much more than a case of unfinished business. If anything, the recent demand for artists of their era has revitalised them somewhat, dual guitarists/vocalists Andrew Sherriff and Stephen Patman tearing into 'Treasure' and 'Falling Down' early doors with a ravenous vigour.

While often usurped by the likes of Ride and My Bloody Valentine back in the day, it's worth noting that the majority of their output, particularly the first three EPs and aforementioned debut album have stood the test of time admirably, a feat duly recognised by the band themselves as the likes of 'Feel The Same', 'Breather' and 'If You Want Me' both turn back the clock and re-invent the careers of many a "nu"-gaze artist simultaneously.

It's the decision to finally bury the ghost on Blood Music, the part of their past they'd most rather forget that provides the biggest talking point though, due in no small part to the fact they pull it off with gleeful abandon. The seismic rush of 'Greater Power' coupled with a hypnotic 'Love Forever' featuring one-time Opus III chanteuse Kirsty Hawkshaw prove to be the biggest triumphs of the set, reaffirming the band's insistence all along that label interference and industry politics rather than any creative rut instigated their downfall. As the band leave the stage for the final time, the incendiary tones of 'Inside Of Me' ringing through the collective ears of all present, there's a genuine feeling of resignation that this may well be the last time anyone here will witness Chapterhouse. If tonight's sterling performance is anything to go by, it will be a very sad loss indeed.