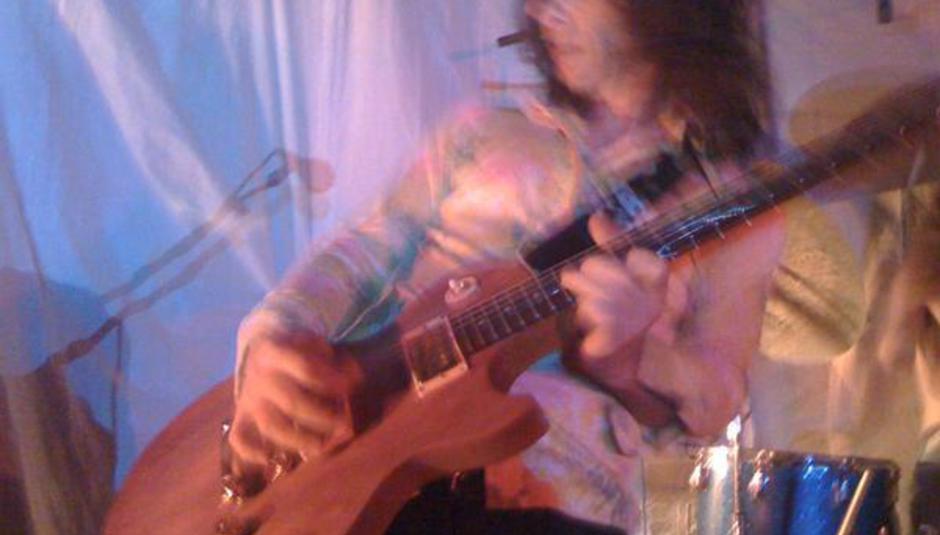 The last time DiS set eyes on the Cult Of Dom Keller their cathartic wall of noise didn't quite merit cult status. Tonight, however, they're a different proposition entirely. Sure, the neo-psychedelic influences remain the same, but the way they use the rhythm section as a lead instrument into the mesmeric likes of 'Armageddon Monk Chant' and 'Swamp Heron' is reminiscent of early Loop, while the swirling keyboards that punctuate Neil Marsden's reverb-heavy vocals bring to mind a less fried Wooden Shjips. This we like, very very much.

Pontiak are a different kind of anomaly altogether. Hailing from Virginia and comprised of three brothers, they may share a label (Thrill Jockey) with tonight's headliners but that's all they have in common. The intensity is there - indeed, current long player Sea Voids is one of this year's most guttural collections of sonic mayhem - yet sandwiched between the two stone(d)-baked ciabattas either side of them there's little to fill the appetite. At times they display the hypnotic qualities of Shellac, yet after forty-five minutes we're still waiting for something to happen, a spark to ignite, and even if there is a tendency to digress into Cream territory, its a languorous pause that only induces boredom rather than pleasure. Maybe I'm missing the point here - and judging by the number of people nodding their heads intently in the front row I may well be - but they're one of the most mismatched bands I've witnessed on any bill in a long time.

New York trio White Hills, on the other hand, are on another plane entirely. Despite having been crafting exceedingly loud and voyeuristic spacerock for the best part of a decade, they've kept a low profile for the majority of that time, preferring instead to simply get on with the job in hand and let their music do the talking. They're also the opposite to the previous band in that while their records can sometimes be heavy going in one sitting, live they're a startling coalition of power and precision. Centered around the long-standing partnership of guitarist Dave Weinberg and bass player Lynnea Scalora (aka Ego Sensation), their incendiary onslaughts conjure up images of Spacemen 3 popping round Black Sabbath's gaff for a bag of sugar and being locked in until they've learnt the entire eight pieces of Paranoid, note for note. 'Dead' literally causes the ceiling to vibrate such is its indignant ferocity, while the colossal 'Let The Right One In' takes Monster Magnet's songbook to another dimension, lairs of distorted riffs catapulted one step further by a pounding backbeat that only fuels their sonic intensity even further.

The rarely aired 'I Will Find Peace Of Mind' regales their volume to an even more preposterous level while the appearance of Spiritualized guitarist and occasional collaborator Tony "Doggen" Foster during the encore for a blistering run through of Hawkwind's 'Sonic Attack' only fuels the flames to turn up the heat even more. In fact, Dave Brock and co. are probably White Hills' closest companions both past and present, and as their aforementioned predecessors gradually head for retirement, the New York trio's crowning as psychedelic warlords for the 21st Century is all but complete.