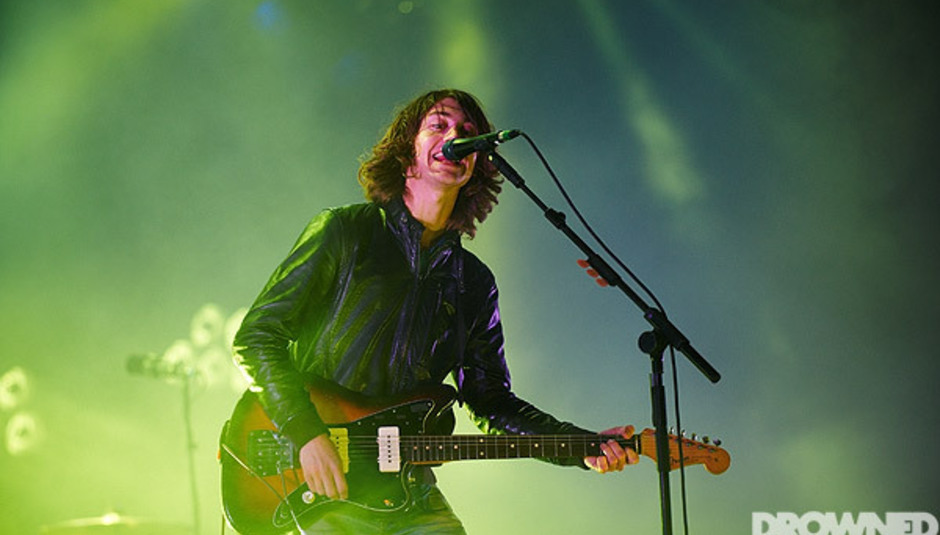 The term 'Scene report' is a fairly redundant one in the context of Sheffield. It isn't London or Leeds or Manchester; we don't have Scenes up here, just non-homogeneous groups of people, and individuals, getting on with their business and not making too much of a fuss about it. It's always been that way, too, it's just that every now again someone's forced to raise their head above the parapet because what they're doing has attracted a much wider audience. We do all like Hendersons Relish, though, so maybe that's our Scene?

This, of course, is only a snapshot of the local stuff that's been pleasing this particular writer of late - so post your band/night/whatever in the gap below the prose and we'll be sure check it out.

This locally-based folk collective have been doing things in various forms for over ten years now, but despite making a series of wonderful records and collaborating with the likes of James Yorkston and Jeremy Barnes they still, somehow, remain criminally under the radar. Buy this, and help change that. Myspace

Rotary Ten 'Cover Me In Leaves'

A second album from the 'Ten men (there's four of them, though, number fans), Cover Me In Leaves builds on the intricate jangle-pop of 2008's Xtra Mile-released debut LP These Are Our Hands by adding a slightly more expansive, experimental edge to the songwriting and occasional forays into post-rock territory. It's a sound that suits. Myspace

Screaming Maldini 'And The Kookaburra' EP

Masterminded by ex-Situationists bassist Nick Cox (aka Screaming Maldini), this is an assured debut EP that combines myriad influences and time signature changes into progressive pop that still manages to retain a coherence and immediacy that ensures instant joy. Based on the new material they've been playing recently this is just the tip of the iceberg, too. Myspace

This is where we massively jag our very own DrownedinSound Events programme, of course. And why not? These bills are hot to trot. First up, this Wednesday - also Thursday in Manchester - we've got the absolutely wonderful Memory Tapes playing for us. Seek Magic (9/10 review here) was one of the albums of last year, and it's still getting a hellish amount of spins in these parts even now. With only a handful of live shows played thus far, the anticipation for this one is huge.

Next up, a couple of weeks later, we're proud to present The Twilight Sad's very first headline date in Sheffield. DiS has loved these Scottish noisemongers for aaaages now, and latest record Forget The Night Ahead promises to make for a characteristically intense live show. Don't forget your ear plugs!

By rights, a local arts and culture magazine that's free shouldn't be this good, but the guys behind Article have really got their shit together. With a focus on what's great in the city across a variety of different disciplines, if you're in Sheffield and stuck for something to get into you'd be advised to make this your first port of call. Website

Kicking Against The Pricks

A new not-for-profit print 'zine started by Daniel Dylan Wray, occasional DiS contributor and founder of one of the best nights out in town, Death By Shoes. With a decent selection of writers already (hi!) and a wholly agreeable editorial policy, KATP has made an auspicious start despite its relative infancy. Look out for it in the city's bars and venues. Website

The Lantern is a tiny old theatre (84 seats!) in the Nether Edge area of the city that hosts the occasional folk concert, as well as dramatic productions. A little off the beaten track but well worth a visit if either of those are your bag and you enjoy things on the smaller side. Website

Speaking of which... this is a cosy little cafe/bookshop on Abbeydale Road - again, slightly off the beaten track but so are most of the best things in Sheffield - that hosts a number of interesting acoustic-based shindigs. If you're after something a little more leftfield, this is the sort of place you should be checking out. Website

Sheffield University's Alternative Music Society, which comprises several DiSsers, does a number of good things - including regular gigs at The Harley and a blog/website - and manages to do all this without disappearing up its own backside which, from past experience with these sorts of things at Universities, is no mean feat. Props, gents. Website