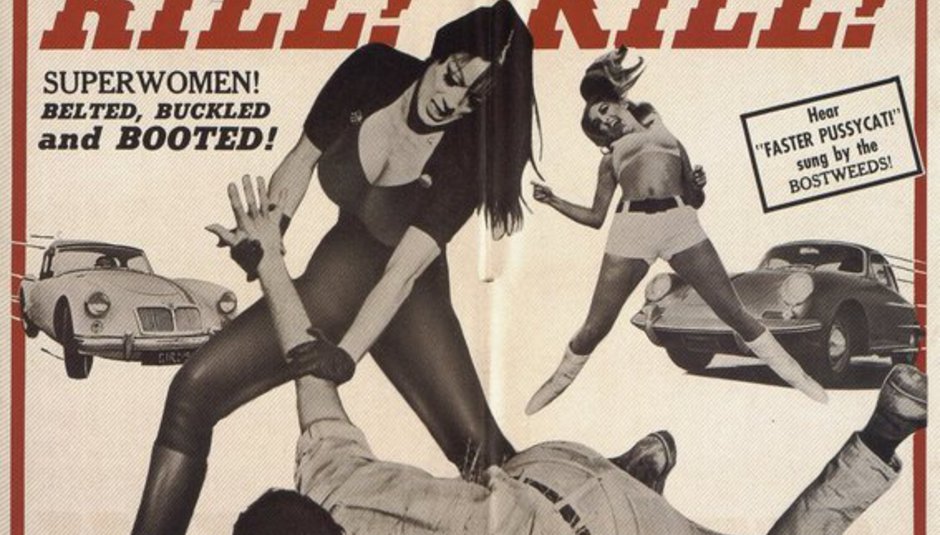 So, The Ruby Suns' latest is a bit ‘Beach Boys’ and a bit blippy. And it’s a bit palms-to-the-sky, as if they were singing in tongues at some sort of achingly now evangelical hangout [sadly such places do not exist, otherwise me and Dog might still be on speakers]. And is it ever going to remind you of something. Nothing bad - in fact, something wonderful - but it’s going to remind you like the stickiest, yellowest, massivest Post-It; the kind you might buy on haitch-pee at Staples, using a finance plan with the sort of terrifying APR that would make Vincent Duggleby actually say 'fuck' on live radio [MONEYBOXLIVE REFERENCE FOR YOU THERE]. And of course, this is just the first of many reminding releases - because record labels would be everso silly not to try to push a few more records like this into our collective ears. And so, there I am, caught in a quandary, thinking ‘This is all very well, and verily I do love the shit out of this single. But really, is it enough?’ And then I looked out of the window of the train and there it were; the prettiest, pinkest sunset - as if God was having a last go at getting me back on board and hinting at me dreadfully. It was at that point that I decided I did not care who else this single sounded like, promptly made it Single of the Week, and am now telling you how 'Cranberry' is marve.
Free download, here

OK GO 'This Too Shall Pass' (Hornblow Records / EMI)

As you might be able to tell from the title, 'This Too Shall Pass' is about not to letting the black dogs get a hold, even as they bite down hard on one's ankle and start to have a good old chomp. And though the bitter and beleaguered bit of me thinks this is ALL VERY WELL as a thing to say (and much harder to do in practice, even if you have kiddiewinks singing it on your record), it pains me to admit that it is also - like most vexing things smartarses say - true. Thing is, I am late to the party with OK GO due to a deep-rooted (but I feel, eminently sensible) aversion to anything one might label Power Pop. And now I have arrived, even though everyone else is drunker than me, I can't get enough of them. Mainly because Of The Blue Colour Of The Sky got me through one of the dreadest weeks I've had so far this year - and as I sat in bed at three, four, five, oh-fucksticks-why-have-I-done-this-to-myself six in the morning; not a person but a thing, made up entirely of pure panic and cheap instant coffee, even though the day was breaking and I still had simply heaps and heaps of work still to do, I was HACTUALLY DANCING IN MY BED. A band who know how to have larks and crucially, how to communicate them, then. And as ever, a wondair videothing.

Wiley never fails to put a smile on my face, partly because he – like many in grime before or since - follows one of my favourite and best comedic techniques. It’s the one about juxtaposition; and how, when you take two things from disparate worlds, they are delightfully illuminated by each other, making for some top hole LOLs. Here, on ‘Never Be Your Woman,’ we have something humdrum (in this case, paying one’s bills) and something deeply glamorous (courting Wiley, what with all his Astons and champers and such). After all that theory, it should be no great surprise when I ask the class to direct their eyes to stanza 4 (way, way after the overlong, intro which begins and rather blights this record - it is a bit GET ON WITH IT). Because stanza 4 is where Wiley explains how this single's protagonist is off to see another of his many playmates (all of whom he is successful with, of course). So off this chap goes, “with another woman in Shore-ditch” before His Nibs feels the need to point out that he has his own homestead, which he pays for, the gas bill and everything. “It’s my house, I pay the mort-gage,” offers old Wiles - and oh, it's good. It's also just a tiny bit Independent Men Pt.1. **

As we have remarked before, CHEMICALZ ARE VERY BAD. The thing is, Citadels apparent dislike for them (‘Oh, let’s try and kill it with some chemicals’ / ‘Oh, let’s try and walk upon the water’ / ‘And end up swimming in the chemicals’) reminds me of something dread, that has happened too many times for me to feel alright about it. Sadly, it is one of those things that pokes you right in the gut with its maddeningness, in a supremely non-enjoyable fashion. There you are, having just entered the homestead of one of your friends. ‘Nice frock,’ you say. ‘Quality Seconds,’ they reply, before adding ‘Ooo. Terrible tummy ache I has. It really, really hurts.’ Naturally at this point one scrabbles in one’s handbag, and finds the magical co-codamols. ‘Oh no, I can't take those,’ trills your your soon to be de-friended friend, ‘I don’t like to put chemicalz in my body.’ ANYWAY. For the purposes of this column I will try to shelve my (many) objections to this ‘outlook’, and shall tell you how ‘The Chemical Song’ is quite rousing - in a pained, clap-a-long sort of way. I mean, were I really, really lazy I would say this sounds a bit Arcade Fire, in the sense that they always seemed to sing as if they had twigs down their trousers, and Citadels share this discomfort. Overall, I think we are left with something quite pleasant; rather like when headache pain wears off BECAUSE CHEMICALZ MAKE IT GO AWAY.

Three mixes, all of them good. Mix one: Shy FX (mmn gorgeous, stripped breakbeat), mix two: that Skream chap (sirens o’clock, mental drums) and Mix three: The Nextmen (ping-ponging bass-led house). I think the breakbeat wins out in the end. I am prompted to advise you keep your eye on these Digital Soundboys - magical things seem to emanate from their collective noodlings alarmingly frequently at the moment, as if they had their mixing desks under some sort of spell.

I know it sounds mean, and I am sure Mr Le Sac and Mr Pip are nice coves, the sort of genial gentlemen it would be fun to take tea with. But ‘Get Better’ is, (and, I am sad to say, like all of their oeuvre), supremely – and almost unlistenably – embarrassing. Not that I wish to paint myself as the last word in nang*, because that would of course be the last word in impossible. Even so, even one as dull as I can see how ‘Get Better’ has more than a touch of the Kewl Teachers about it, and I’m afraid I become rather uncomfortable when they start advising girls not to wear short skirts. Because being twelve, thirteen, fourteen or fifteen and dressing like a trollop was one of the most larksome things I ever did - and I will not ever never forget the giggles that sang from the Miss Selfridge changing rooms every Saturday, and just how wonderfully naïve and delighted we were with our own burgeoning forms, as long as I live. Don’t want to, either. Also, the only good line in this single is by Billy Bragg. But as I say, lovely chaps. Rather like the lecture we have just had, PIFCO are here to talk to you about modern grown-ups. And how very naughty they are, because for them it is always with the squiffy and always with the funny sweets. This time around though, it is rather like The Fall or The Stranglers were in the room, and it is all-uh mannered-ah vocals-ah - like what one does when one wants to do a comedy impression of Mark E Smith. 'UK Adults' also has a certain deliberate loucheness about it (rather like Smith himself, I suspect) and it is as if this were a single that simply cannot not be bothered to tie its own shoelaces. And then, when it falls over, it can't be arsed getting up. No bad thing of course, and there is a glimpse of Devo invoked here too; all superfast angular jangles and proper, actual jerking. It is a bit tuneless, mind - but given that its wrongness is all on purpose, it would be silly to get too upset about this. Good.

Worthy of a mention simply because it has Tura Santana from Faster! Pussycat! Kill! Kill! singing on it. I mean, a) she had the best eyeliner ever, b) I do know this is not what the boys notice and c) she was blessed with the ability to kill grown men, tween her BARE THIGHS. Basically, the sort of woman who makes Sasha Fierce look like Enya More here and here

Mumford and Sons - ‘The Cave’ (Gentlemen Of The Road / Island)

An honourable mention only partly because I did not expect to like Mumford and Sons (also - TRUE FACT - Ian Rankin's cat is not a fan). And then, because I listened to this week’s singles blind (for the first turn about the playlist I was washing up, and could not check who was who for fear of getting suds on my pod), I discovered I did.

Ali Love - 'Love Harder' (Back Yard Recordings)
I was rather keen on 'Secret Sunday Lover', and there is more of the same sort of pop proficiency on 'Love Harder'. Even so, I am a bit worried about anyone this year who mentions Moroder in their press materials.


** Of course, another rule of comedy is to not kill 'jokes' by explaining them. Ah.
** [Hi Sean, can we find a youngling to insert the correct modern terminology here plz? Thx.]