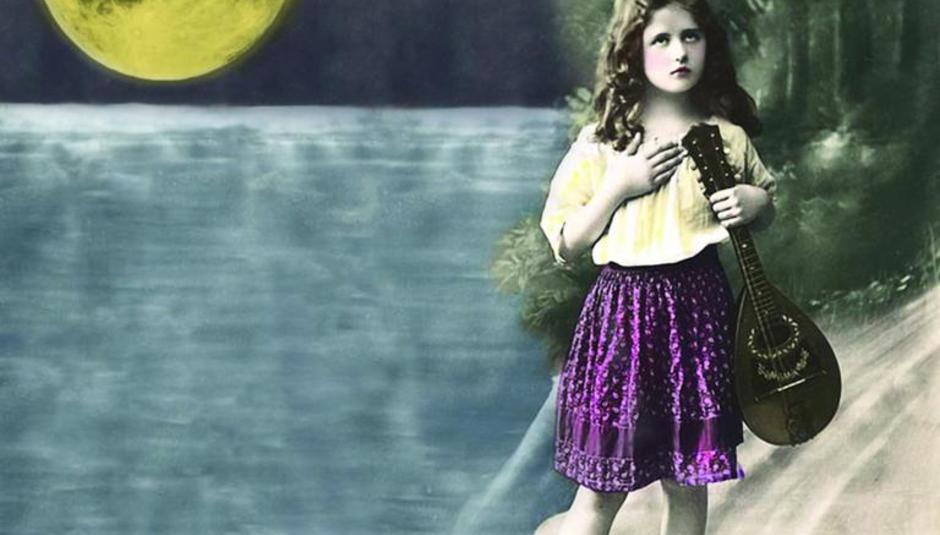 As far as young folk prodigies go, they don't come much younger or more prodigal than Swedish sister duo Klara and Johanna, who make up First Aid Kit. Their aim, it seems, is to take female harmony to new, previously unheard of, levels. And good luck to them.

They release their debut record, The Big Black & The Blue on Wichita in a couple of weeks, and here they take us through the thoughts behind, and the processes of, each and every track on that very record.

We wrote this song together in the kitchen. While Klara played the guitar pattern we both started singing the same melody simultaneously and this song came about naturally. The lyrics tell the story of a person who attempts to drown themselves.

Last summer Klara had very long discussions about religion with a friend of hers who was deeply religious and this song was written directly to him. She wanted to help him to see life in another light.

We like this song because it has a very cheery melody and an upbeat tempo while having quite tragic lyrics - something very common in old country songs (we're so country!!!). The lyrics might seem happy at first listen but reading them carefully and you will notice that the song is about lost love. It also features the autoharp, and that's pretty cool.

This is the closest we've come to a traditional folk song. The narrator sings about a relationship gone sour and giving up on love. It was inspired by an old French folk song that was featured in a Swedish film for children The Brothers Lionheart which is one of our favourite films of all time.

This song was written almost two years ago. It's about thinking through your current actions and living for the moment. It's really cliché but we like it anyway. Our friend called Charlie played the drums on this and he gave a very jazzy/bluesy feeling.

This was the last song we wrote for the album. It was written at a railway station in Norway after spending a sleepless night on a train from Copenhagen to Oslo. It's about our current situation - leaving the people you love behind for the road and knowing that they will move on with their lives, hoping that they won't forget us.

Josefin is our dear, dear friend. She has been with us from the start and helped us from the start. This song is in many ways directed to her. It's about having faith in yourself and fighting your own little "demons".

When we recorded this song, Klara had a spooky feeling while singing; she felt like our home was haunted. We swear there were some ghosts involved when making this song. We live in a very old house...

This song is about mourning for the ones that are gone. We are very pleased with the ending, because it was completely spontaneous and completely changes the mood of the song.

This is not about Michael Jackson, sorry. We borrowed the line "I Met Up With The King" from the great Gram Parsons song "Return of the Grievous Angel". In that song this line was about Elvis but in our song it's about any person who once was respected and valued in society but now has lost everything. It’s about the outcasts of society and how they don't get a chance to voice their opinions. YEAH!

This song came about as a poem highly inspired by the movie Into The Wild by Sean Penn. It deals with love for nature. It's about someone escaping the city and finding their home somewhere in the wild. We like that it's just our vocals and some simple sampled flutes. Our vocals and the flutes sort of correspond to each other. We thought it closed the album perfectly with the line "And the world is all alone now, while it's children still sleeps, silently".