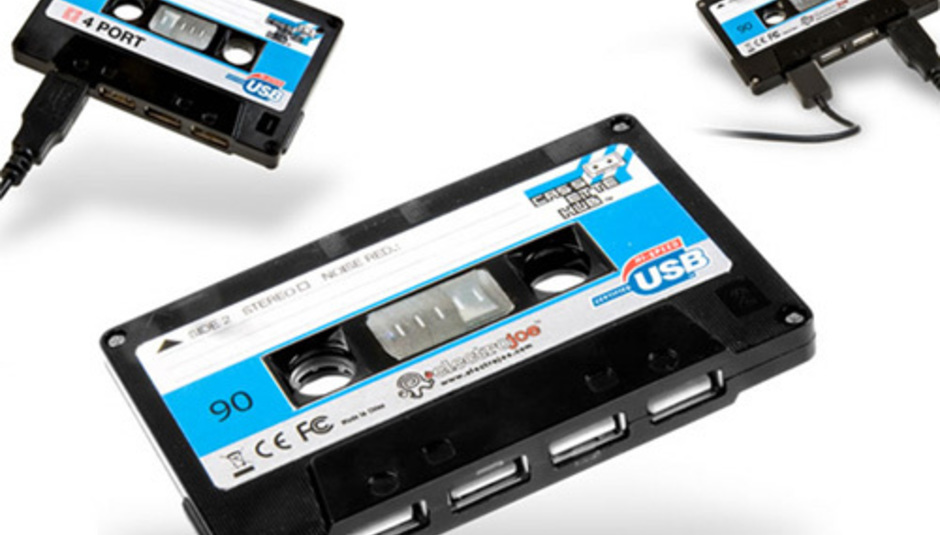 Whilst our top 5 albums of the year list offers somes glimpse into what our staff have been listening to these past twelve months, the annual mixtapes give a real insight as to what has been pleasing the ears, minds and heart strings of those wot write for DiS.

These 'mixtapes' or, er, DiStapes, are fairly self-explanatory, they have a-postcard-from-'09 intros followed by 9 songs, so intro blurbage ends abruptly...

Distilling twelve months into just nine songs should be an unenviable task, but somehow this year it doesn't seem so hard - these tracks and acts have dominated my listening to such an extent that it'd be impossible not to include any of them. They've just meant that little bit more than the rest, for a variety of reasons. Some we've had on at our DiScover Clubs in Sheffield and Manchester (or have been spun regularly there and elsewhere), others have dazzled at festivals (special mention for Wild Beasts at Summer Sundae), while all have been consumed voraciously under headphones late at night - the best way to listen to music, obviously.

A few equally special bands missed the cut, too: Air France and School of Seven Bells are probably 2008 choices but they've still rarely left the stereo, and Future Of The Left made one of the best rock records of the year but couldn't quite make it on. Then there's Girls and Japandroids and Yeah Yeah Yeahs... argh, maybe this wasn't quite so easy after all?!

7) Esben And The Witch 'Marching Song'

2009 has been SUCH a good year for music that I think these are not only some of the best songs of the year, but some of the best songs ever made. SOME. Such a shame that Favours For Sailors split up this year, too, but at least they left behind the 31st best EP ever released, which is something, I guess. Sparky Deathcap's EP comes in at 43 in that list, by the way.

As expected, 2009 was the year we looked back and decided that the Noughties had no distinct musical identity. Great! Cultural homogeneity is over, we all live in the Global Village... now let's move on. Unexpectedly, the broadsheets hailed this as the Year of Young Women. Great, in theory, but the candidates were peddling trite formulaic pop, often written by men, and according to The Sunday Times, it wasn't a problem that some would be discarded by the end of the year. Not included in that roster: old-in-pop-terms artists like Fever Ray, PJ Harvey; literate songwriters like Blue Roses, Emmy the Great; the utterly loopy: Marnie Stern, Ponytail; no honourable mention for Antony... Oh, and who was on the cover of Metro, the day after Speech Debelle won? Bianca from Eastenders! By year end, nothing had changed, but the way we use the rhetoric of change.

Okay, rant over. The upbeat and tuneful end of indie has been fantastic, whether it’s Pains of Being Pure at Heart (how was 'Stay Alive' not the single?!), Patrick Wolf’s return to form, Dirty Projectors, Three Trapped Tigers putting the rawk into Aphex Twin, or actual major-label bands that don’t repulse (cf. Passion Pit, 'Little Secrets'). If this list were devised by individual track ratings and play-count, I might as well put half of Tarot Sport by Fuck Buttons, and half of Wintersleep's first UK-release. If this were a list of recent personal discoveries from the past decade, it would reel off: Life Without Buildings, The Notwist, The Microphones, the late-flowering of The Go-Betweens. Still, in an effort to avoid repetition, without being obscurist, these were some favourites:

Sunset Rubdown, 'Silver Moons'
A great opening to any album, especially one that closes the decade in such style.

Bat for Lashes, 'Daniel' (Tara Busch remix)
A bit obvious given this was everyone's single of the year, but shouting out for Tara's contribution to the secret prog revival. Free Download available here.

Dag for Dag, 'You Holler, You Scream'
One to watch in early 2010, if you like your brother-sister duo channelling early-80s Cure, Violent Femmes, etc., with programmed beats and analogue synths. Hmm… maybe that particular combination was the sound of the decade…?

Blue Roses, ‘Coast’
In the year when Joanna Newsom taunted us with no releases, but a two-hour set, at least one newcomer managed to invoke Laura Nyro… Laurel Canyon-era Joni… Boys for Pele-era Tori.

BLK JKS, ‘Lakeside’
Whatever you made of the album, this remains one of the songs of the year.

Shearwater, 'Castaways'
D’you ever get the sense Thom Yorke’s weird phrasing is an apology for the fact he can actually sing? No such qualms with Jonathan Meiberg. This trailer for the 2010 album is an instant contender for their best song yet. Mp3 available here

Swan Lake, ‘Ballad of a Swan Lake’
This has been a genuinely heartening year for artists determined to make their music no matter how easy it is to fileshare, or just ignore. This is their song.

Definitely-not-shoegaze band does shoegaze anthem of the year.

Possibly the biggest dancefloor filler of 2009. Need I say any more...?

Justification that maybe not all hippies should be executed.

The defining moment of 2009's most opinion changing album.

6) Manic Street Preachers 'All Is Vanity'

Living proof they've still got it in them to make a decent record.

So good even Channel 4 used it for the trailers to their latest yoof drama, 'Misfits'.

London's answer to HEALTH in the "is it rock? is it pop? is it noise?" stakes except you can dance to it as well.

Another band many thought had passed their sell-by date. Further evidence they were wrong.

Generally I think 2009 has been a bit good. A lot of my favourite records have been home grown; Scotland as ever produced some great records (The Phantom Band, both ex-Arab Strap boys, Lord Cut-Glass, De Rosa) and south of the border we got the lo-fi and creatively overflowing Micachu & the Shapes debut, a monumentally addictive Fuck Buttons follow up and the hypnotic minimal ambient outfit worriedaboutsatan. It was the year when pop’s creative bubble of the last few years burst however, with only Annie and Rihanna flying the genre flag, but electro had a slight resurgence with great offerings from Vitalic. The Juan Maclean and Moderat.

The most talked about records of the year actually left me pretty cold for once; The Horrors, YYY’s, The XX and Animal Collective all seeming like records with 3 belting songs on each and a whole heap of filler. Though Fever Ray, Wild Beasts and Phoenix seemed a cut above their peers in these stakes, but lacking that certain something.

But if 2009 was about any trend to this reviewer, then it was the year when bands remembered how to rock. Kong, Future Of The Left, Todd and Part Chimp all showed the Americans how it was done with ridiculously loud and crafted records, and the Yanks hollered back with standout offering from Hunches, Pissed Jeans and Obits.

If 2009 is remembered for anything, it should be as the year when music rediscovered it’s love of making disgustingly loud and filthy guitar-based noise.

When I first heard this monster, I think I pretty much instantly got an erection. The best live band I saw all year, and quite unlike anything else this country has ever produced. WARNING: Contains strobe lighting and scarily freaky face masks.

2) Future Of The Left 'Arming Eritrea'

Sure, there might be slightly better tracks on their second album ‘Travels with myself and another’, but nothing quite beat the excitement and promise of hearing this SXSW session

Whilst both acts gave us great albums of their own, there was something about this remix that summarised how far both have come as artists more than any track on their own efforts; brooding, patient and daring, this remix had it all.

Pretty much that ‘perfect’ song which the band had always threatened to write.

It doesn’t quite touch ‘Happy House’ for sheer majesty, but this 2009 single from their excellent second record combined old influences and new ideas to form something entirely their own.

It was the comeback that could have ruined a legacy, but it was a total triumph. We might have all sung ‘Tender’ on the way home, but it was hearing ‘Out of time’ live for the first time that melted this person’s heart.

Lastly, this little gem just arrived as an early preview of next years new album. HEALTH were all well and good in 2009, but the masters are now back in town…

If 2009 was anything, for me it was a triumph of the simple song. Monsters of Folk’s extraordinarily addictive, Conor Oberst-penned ‘Ahead of the Curve’ exemplifies this trend, and fronts my mixtape purely by dint of being far and away my most-played of the year, and one I’m far from tired of. The likes of Animal Collective, Dirty Projectors, Phoenix and Fuck Buttons turned in some exhilarating, splendid tunes that missed inclusion by a whisker, but there you go: call it comfort listening, call it conservative – call it what you will, but these songs have effectively soundtracked my year; my move to a new city, new profession and (newly) relaxed, less London-centric existence.

From strutting down one of Barcelona’s super-club stairways to the glittering strains of Jay-Z’s ‘Empire State of Mind’ (a bona fide, swaggering anthem if ever there was one); being part of a buoyant Catalan crowd as Bowerbirds played one of the best shows I’ve seen all year or witnessing Andrew Bird’s perfectly framed headline set at this year’s Green Man festival; driving round frosty Devon A-Roads with Emmy the Great’s ‘First Love’ playing on repeat as the nights began to flourish or getting hopelessly addicted to A.A. Bondy’s cracked, gorgeous When the Devil’s Loose LP as they drew in; trying, somehow, to effectively pass comment on the consistently outstanding beacon of quality that was Dark Was the Night (a rip-roaring 9/10 in retrospect, no doubt); excitedly cranking the volume on Sharon Jones & the Dap Kings’ exemplary Shuggie Otis cover as I played it to literally anyone who’d listen; suppressing a tear or two as Laura Gibson or the Antlers worked their melancholy magic, or I wondered how superb efforts by Cursive, Felix (see the Lost 9), Fruit Bats and Port O’Brien got so roundly ignored – 2009 did the trick for me, revitalising a simple love of music that had less to do with any specific scene as much as it did remembering how to be a fan first, everything else second.

1) Monsters of Folk ‘Ahead of the Curve’