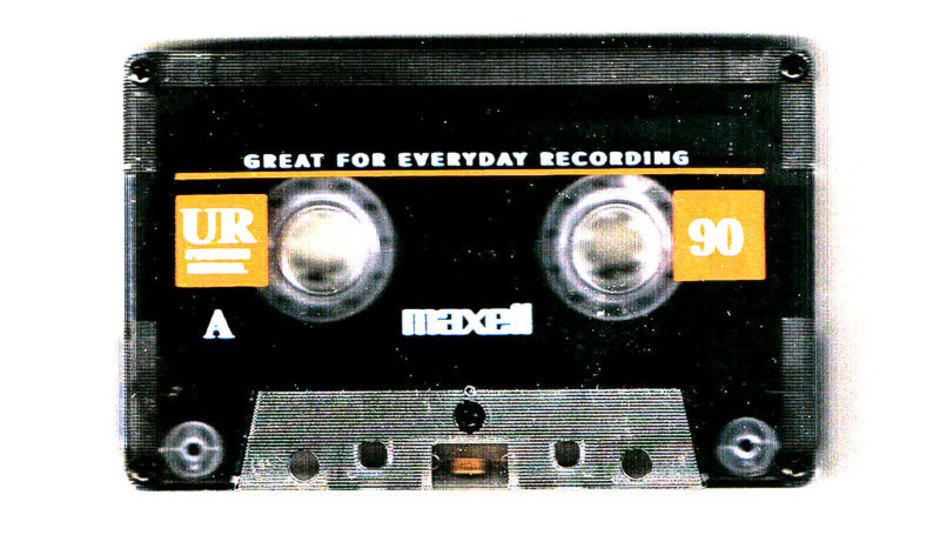 Another week, another DiScover Mixtape... with all this new music, we are really spoiling you (say in a sleazy European accent, liberally smattering zees and vees all over the place).

Highlights from this lovely little lot? Well, I'm biased 'cos I picked them, but The Drums haven't been off my stereo much at all since I DiScovered their aptly-titled EP Summertime! recently. They've divided opinion over here at (the fictional) DiS towers, but personally I've not been this excited about some old fashioned guitar-pop for some time. Honourable mentions also to Neon Indian and Memory Casettes (gotta have some bleeps in there somewhere... it's 2009) and The – utterly demented - Cubical.

As ever, your thoughts on these, and your own current DiScoveries, are of great interest to us.

It sometimes seems unfair just how many good bands come out of New York. Take Brooklyn noisemakers The Brass whose epic 'Fix Until Broken' artfully treads the line between thunderous post-hardcore/screamo, raw in its unfettered energy and delicate, almost post-rock instrumental sections. Taken from newly released 7" 'Homosapien', it's a pretty thrilling ride and hopefully a sign of great things to come. Joseph Rowan

Having recently signed to Sub Pop (like last week's Mixtape stars Male Bonding), this one girl project from Los Angeles is another flying the lo-fi flag with distorted chamber pop that sounds like The Supremes by way of The Smell. 'Over The Phone' is still only in its demo form, but already sounds as great as previous single 'Jail La La', even managing to sneak a subtle reference to The Stone Roses in amongst the fuzz - which lets it off sounding so similar to 'I Wanna Be Adored'... David Renshaw

Memory Tapes = Memory Cassette + Weird Tapes. Call it a unification of musical projects if you must, but the fact remains that it's all one person... and why one person feels the need to confuse us with three distinct musical monikers is beyond me. 'Bicycle,' from the EP of the same name, is a mischievous, starlit escapade through soggy urban laneways. A serene head-clearer for when the pub's closing and you don't want to go home. Radhika Takru

Athens, Georgia could well be my new favourite place in the world. It's birthed Harvey Milk, and now Pride Parade. Bearing in mind the amount of indie-rock that's been churned out of the area, it's strange that no-one thought one day sludge would roll into town and fill the streets with thick gloops of guitar noise. 'If You See Her, Say Hello' might open with a jaunty mouth harmonica trill, but it wastes no time in kicking down the barn doors and making a break for the city. The lightning fast guitar-work might thrill as much as the runaway drumkit, but it's the throatily inaudible holler which steals the show. The aural equivalent of being taken to a bar and being given a lapdance by a very angry, hairy man. Philip Bloomfield

5. Stricken City - 'Pull The House Down'

If this band were a Venn diagram, they'd have chunks of Libertines' otherworldliness, The Rapture's Beatles-istic landscapes and Long Blondes' Blondie-leaning indie-chic chick charm - yet they somehow lurch, drift and float away from each of these convenient reference points with the ooohing coo of Rebekah Raa. Why they're not a much bigger deal is beyond me, but then I'm the kinda idiot that thought The Sundays, The Longpigs, dEUS and Life Without Buildings should have been massive. Mini album Songs About People I Know is out now on import (although confusingly they're from the UK). Sean Adams

With That Knife are a Manchester-based band who deal in a mix of At The Drive-In vocal histrionics and Foals-style hooks. Tonight We'll Find Out has a boundless energy to it that's nothing short of infectious, veering between a jagged guitar/synth verse and a visceral, full-throated chorus. It's also a hell of a lot of fun to dance to! Simon Catling

If imitation is the highest form of flattery, Don Van Vliet's cheeks will turning a deep red when he hears this Liverpudlian quintet. Oh, and guys... Tom Waits called, he wants his growl back. The key difference between The Cubical and the other thousand odd Beefheart/Waits acolytes, though, is that they actually pull off this primal, experimental form of rock 'n' roll with considerable poise. It's fine to sound like other bands, then, as long as your references are this impeccable, and your videos this demented. John Roberts

It's not just the subject matter that makes us think of The Beach Boys when we hear NYC-via-Florida quartet The Drums - there's that same sense of naive tunefulness that permeates the poppier end of Wilson et al's repertoire here. 'Let's Go Surfing' is one of several crackers on forthcoming mini-album Summertime!, and even though that's set to drop as we approach Autumn over here we're still banking on The Drums to warm up those colder months for us. That is, if we haven't listened to it a million times over and got bored before then! Rob Webb

There is something so immediately satisfying about the chilled retro-synthesizer vibe driving the arrangements here that when crunchy guitars break through the haze. it's like putting a cold beverage to your cheek on a hot, lazy afternoon. Although the "Deadbeat summer" refrain implies regret, the tone of Alan Palomo's distant vocal presence suggests otherwise, making it the ideal exercise video soundtrack for people who don’t like to exercise. Bruce Porter

The Specific Heats may be yet another gem unearthed from Brooklyn's prolific underground scene but on first listen, they sound like a band that could have been formed at any time during the past four decades. Mixing surf guitars, garage punk, lo-fi pop sensibilities and occasional noise-infused melodies, their three-girl, one-boy DIY fare is a breathtaking joy to behold. Dom Gourlay

Back on the Maps: James Chapman write...