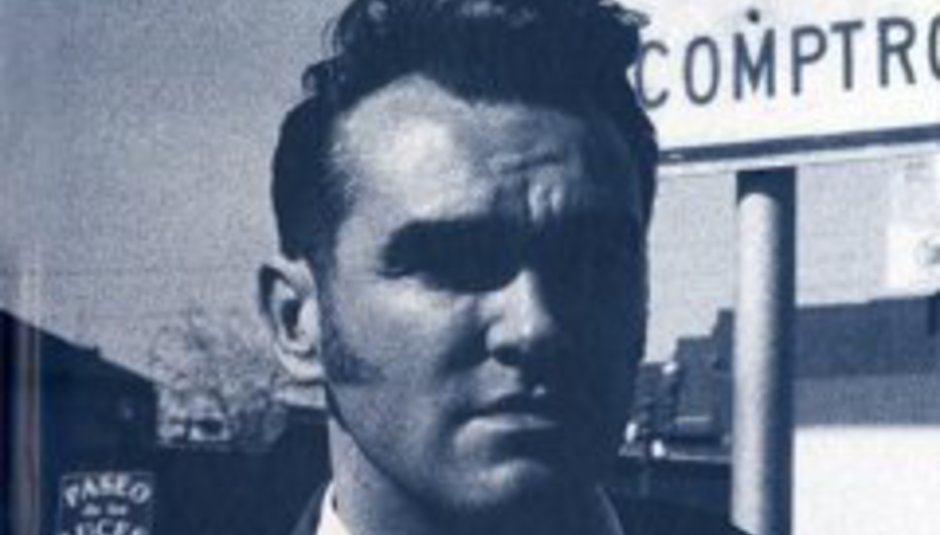 It has occasionally been noted that one of the main preoccupations of the artist Morrissey is the artist Morrissey; thus it isn't that surprising that his latest wheeze is a spot of historical revisionism. Last year's peculiar Greatest Hits collection carried the inference that he felt he put out two good songs in 1988, one apiece in 1990 and 1994, but had been issuing nothing but a flow of untrammelled brilliance since 2004. Now comes an even bolder step, an attempt to portray what are, let's be honest, two of his more reviled records as great misunderstood masterpieces. Southpaw Grammar, from 1995, and 1997’s Maladjusted are back from the bargain bins and available to 'sound and look the way Morrissey wanted'. Rapture.

But actually, let’s be honest: it's a worthier enterprise than some sort of half-arsed cash cow edition of Viva Hate, and these are nice reissues, hardback of sleeve, fresh of artwork and new of liner note, the latter coming courtesy of the man himself.

Said notes are a little frustrating, insofar as they confirm the fact Moz could write a heckuva memoir, but don’t really answer any questions about the reissues. However, they do point to the fact this brace of Steve Lillywhite-helmed projects were originally earmarked for different producers – Brian Eno for Southpaw... and Joe Strummer for its successor. You'd speculate that both sets could have been improved had the workmanlike Lillywhite not been involved. Still, there's a only one man you can ever really blame for sabotaging a Morrissey record: as near as one can tell from his scribblings, the reason Strummer didn't work out was because Morrissey got into a mither over his smoking.

So. Southpaw Grammar is in some ways the most daring thing the ex-Smith has ever put his name to, and in all likelihood did more harm to his career than the whole Madstock furore. At the same time it's also pretty craven, in that it dilutes the impact of its three key tracks – ‘The Teachers Are Afraid Of The Pupils’, ‘The Operation’ and ‘Southpaw’, dark, sprawling semi-instrumentals dominated by the remarkable drumming of Spencer James Cobrin – with lightweight fluff like ‘Dagenham Dave’ and ‘The Boy Racer’.

The reissue completely changes the order: originally it began with the creeping gloom of the 11-minute, Shostakovich-driven ‘The Teachers...’, stranded the merciless percussive attack of ‘The Operation’ slap bang in the middle, and wrapped up with the monstrous, thunder-coloured groove of ‘Southpaw’. Here the weak tracks get shoved to front (though ‘Reader Meet Author’ is okay), with the more interesting material and a clutch of extra songs taking up residence in the second half.

In so doing it pretty much confirms that the album is 50 per cent bobbins, but at the same time you do end up with a pretty forceful second act. Alain Whyte and Boz Boorer have come in for stick over the years for providing their master with generic chug, but they and Cobrin excel here, the apocalyptic denouements of ‘Southpaw’ and ‘The Teachers...’ as potent as anything Marr ever gifted him. The wounded, stormy shimmer of ‘You Should Have Been Nice To Me’ makes for a fine new closer; shame then that for some reason the so-so ‘Nobody Loves Us’ comes after it. Southpaw Grammar will never be the masterpiece it could have been, but it nonetheless contains some fine work, and for all the filler, this edition comes recommended. (7/10)

Statistically there is likely to be somebody reading this who will be dismayed at the fact that former single ‘Roy’s Keen’ has been omitted from the reworked Maladjusted. And if I ever meet that person I will beat them until both of us are crying.

How near-identical personnel to Southpaw... created this wretched artifact is hard to fathom... maybe put it down to the pandemic of awfulness in UK music at the time, Britpop’s very own swine flu. Arguably the attraction here is the belated inclusion of once controversial track ‘Sorrow Will Come In The End’, in which Morrissey recites an actual death threat to former Smiths drummer Mike Joyce over what sounds like a DFS advert. To be honest it’s one of the more entertaining endeavors on a revamp that actually makes Maladjusted even harder to bear, despite dispatching with the aforementioned ‘Roy’s Keane’. It's sort of like escaping a mugger only to step on a landmine. And then getting mugged.

Chief culprit is the astonishingly bad ‘This Is Not Your Country’, a one-time B-side which is roughly as useful a comment on The Troubles as Band Aid II was on world hunger. And it goes on for seven and a half bloody minutes. The whole record is appalling, turgid, over-orchestrated and self-absorbed in an entirely tedious way (Southpaw..., by contrast, must have the lowest occurrence of the first person singular on any Moz record). Now bloated to 15 tracks (the original only contained ten), and with a further original (‘Papa Jack’) excised, Morissey has almost totally reworked this record, yet actually made it worse. Hence the most impressive thing about Maladjusted is that it isn’t just the worst album of Morrissey’s career; it's the two worst albums. (3/10)