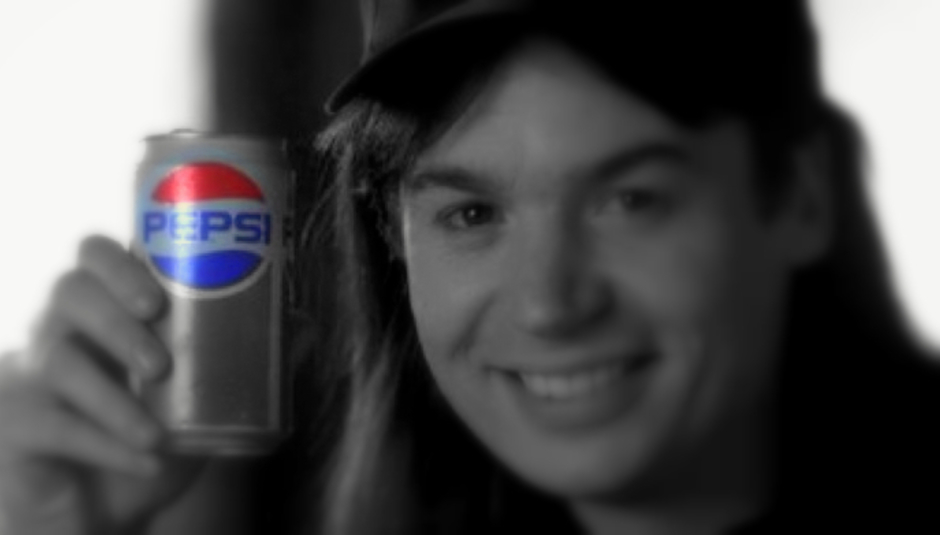 The Insider: No Sell Out / No Sale – Why the audience are not blameless in the free content debate.

The Insider: No Sell Out / No Sale – Why the audience are not blameless in the free content debate.

Amidst all the talk of a new way of selling music through brands and using advertising to make tracks free, seldom does anyone within the music industry actually ask themselves the question as to whether this is a good thing. Partly this is because the people in labels who have to make the books balance are so battered by trying to square figures that simply don’t add up and so beleaguered by the real and perceived pirating of their product that any golden goose, however unlikely its egg production, is better than none. That said, it seems that, half the time, you lot, the fans, also seem a little confused on how you want the future to be (or not to be).

See the reaction to the Pirate Bay trial. Without wishing to get involved in what, for me, was a head on collision between corporate vested interests and four people in love with their own self appointed image as renegades battling ‘the man’, the reaction of the public shows us just how far we have to go in terms of music being free or sponsored or ad supported. The same people defend the Pirate Bay’s right to host links and the whole concept of free content whilst complaining at the corporate sell out of artists who deliver music for ads or sign up to admittedly lucrative tour sponsorship or other advertising or sponsorship deals. The question that remains unanswered is just how do you expect these artists to survive if you take their art for free? Man and woman cannot live on goodwill and ‘cool’ alone. Crews don’t lug gear for the fun of it and producers don’t work for nothing.

Of course, it isn’t a particularly controversial opinion to see a dichotomy between the concept of rock ‘n’ roll as understood since its beginnings in the mid 50’s and the involvement of major corporations outside of the labels themselves selling product. If artist’s links to products become more overt then the concept of the musician as a force of rebellion, social change, outsider from the normal world becomes increasingly hard to maintain. This is a slippery slope that we are already well down but the growth of streaming services and talk of how to monetise such facilities as Spotify and Last.FM is driving this argument faster and faster towards some direct accommodation between artist and sponsor. The parallel growth of targeted advertising online conceivably means that more and more the free music listener on such services will be subjected to advertising based on evaluations of their tastes and desires. How that squares with genuinely counter cultural artists is a question that remains unanswered at this point. As for the idea of subscription services, the recent experience of Spotify and the low take up for their premium service would suggest that, given the choice between something for nothing with interruptions and something for something without them, the vast majority of us prefer the former.

In a sense, this is a retrograde step with the corporations taking the place of the wealthy patrons of the past who supported the likes of Shakespeare and Marlowe. However, the motivations behind the modern concept of sponsorship are very different in the main from those of the wealthy gentlemen of old. Whilst both are looking for some of the glitz, glamour and ‘edge’ of their chosen artist to rub off on them, in the case of our modern sponsor they are also looking for a market for their product, which, paradoxically, is more likely to knock the edge off the artist than deliver it to them. See Jack White and Coca Cola for a decent example of this. Whilst I can sympathise with those who have to take on sponsorship to make tours work and I have sympathy with the arguments of both gig and festival promoters that the bills they can provide would be impossible without the corporate money, we seem to be increasingly prepared to allow free rein to those carrying the loot bags to the detriment of the art we all claim to be our first concern. But, as I stated earlier, we don’t seem to be willing to go the other way and accept that this stuff costs money and fork out for it.

We destroy our argument if we argue for all content to be free but remain explicitly opposed to sponsorship or advertising attached to that content to pay for it. Lost in the clamour of blogs and tweets about the Pirate Bay trial painting the four as some kind of modern day Robin Hoods was any kind of understanding of what artists and labels need to survive. And, before someone comes back on this shouting about how we want to see the majors collapse, the labels means your favourite run-from-a-front-room indie, as much as nasty horrible old Universal. All the labels and all artists work on pretty much the same economics at a basic level, the scale differs but that’s it. Even for an artist recording at home there’s the question of their time being worth money and the costs of rehearsals for live shows, mixing, mastering, artwork and more besides. For most, signed or unsigned, there are studio costs as well. Making music isn’t a zero cost option and, if you want to make a living from it, then you have to find a way to make it pay. Contrary to what everyone thinks, the vast majority of artists do not make much if anything from touring until you get to the Brixton Academy venues and you can pretty much work out that’s hardly the majority. Even then, the margins are not as great as people seem to think and, if the artist decides to put on a decent show, those margins are squeezed even tighter. Talking to artists of all hues, you may be surprised how many are more than happy at the Pirate Bay result whatever is said (or not said) in public. Not just Metallica aren’t keen on being pirated.

The arguments over free content go further than just the labels and the artists. The continued decline of many music titles is not just a straightforward case of the web bludgeoning the magazines into submission but, again, the availability of free content and the unwillingness of music fans to part with cash for the magazines is undoubtedly a contributory factor. The interconnectedness of the industry is hitting titles like Q and NME from both sides. Labels cut back on advertising so they have to search out sponsorship deals and find new revenue streams from sponsored tours and commercial arrangements and then we all cry ‘sell out’ when that happens. There is certainly a debate to be had about many other contributory factors to the slide in print sales in the music sector (and the proliferation of free titles is an offline parallel in publishing to the travails of physical and paid for product versus illegal or free downloads in music sales) but the bottom line remains for me that too many of us are devaluing the music we claim to love if we will not hand over cash to listen to it or read about it. Here, there may be a glimmer of hope in slight increases in circulation for the likes of Uncut, Word and Mojo but the position of most paid for music print titles is relatively fragile.

Whatever the rights and wrongs of the pirating argument, the bottom line is that we cannot have it both ways. I hate the concept of my music being delivered with a side order of advertising, I would prefer my tours and festivals not to be sponsored, so I would much prefer to hand over my cash for the record or ticket, even to UniversalSonyEMI, than have it punctuated by sales pitches. You may be different but then accept that, if you want the music for nothing, you really can’t expect to it to be delivered through legal channels without a catch. Unless, of course, you live in some nirvana where artists live on fresh air and everyone just does it for the love of it (man). By all means carry on downloading illegally but don’t be surprised when your favourite artists start thinking more about how to get on ads and tailor their music to commercial opportunities and less on creating truly challenging and ground breaking work. The simple question is, what would you do in their position?

As a final thought, was it just irony that Pirate Bay verdict was followed on the Saturday by National Record Store day? On the one hand we are bemoaning the loss of our specialist music stores and the culture of music that is perceived to go hand in hand with them. On the other we won’t pay for the music that they sell to stay open. If we value music we need to decide where our priorities lie. Do we pay for it and get it clean or do we put up with it becoming part of a package where we tune out the inevitable advertising that allows us to carry on listening for nothing and that ultimately drives artist to think of their sponsors wishes as much or more than that of their fanbase?