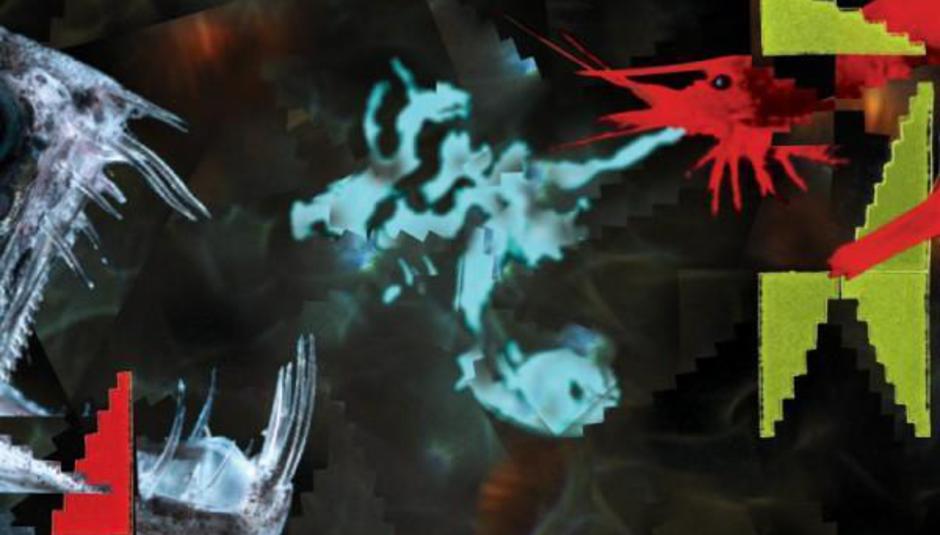 I am not quite the excitable teenager of last week, having had to contend with repeated exposure to the bottom of Patrick Wolf and the fact that I am, essentially, well ancient. Still, it’s not all sex, sex, sex. At least until we get to Sebastien Tellier, after which you may feel the need for a nice, hot bath.

Winning the prize for the most consecutive plays in this week’s singles sack, ‘Keep The Lights On’ comes over all basic bass lines from 'Rapper’s Delight', before soaring off delectably. This despite the fact that it reminds me rather weightily of Scissor Sisters and Len’s sickeningly chirpy ‘Steal My Sunshine’. Hardly a recommendation then, but Wave Machines confidently rise above such comparisons with the slippery grace of pop swans, overcoming some patchy lyrics as they do so to produce a quite terrific pop song. How is this done? Why, by employing crystal, twinkly synths not unlike those found on Madonna’s ‘Lucky Star’ and by sounding dubby in the breakdowns, which seems to keep things from veering off into hyper positivity/inane Summeryness. Also, a glorious chorus - all glitterball strings and falsetto vocals - which prompted real, actual kitchen-based disco dancing and an attempt to singalongawavemachines after a mere three spins. What’s more it’s free here.

After the utter joys of what I believe DiS boarders are calling ‘He-gate’, it is now our turn to make up our minds about Patrick. And ‘Vulture’ is nothing if not ambitious, being at once full of lyrical flourishes "lost my heart to Hollywood, lost my liver to London / all my dead meat yearns" and some terrific vocal stabs "It’s a HARD. LIFE. SON." which are, in the main, rather effective. That said, what with it sounding at times rather like NIN circa ‘Closer’ and Soft Cell circa ‘Non Stop Erotic Cabaret’ it is, ultimately, rather disappointing to see a clearly bright, creative and passionate fellow mining the charts of yesteryear quite so deeply. And if you do end up receiving young Mr Wolf’s latest transmission via YouTube you just end up looking at his arse. I mean, my goodness, there is a lot of arse in this video. Which will only ever be a distraction, and I think this is a shame. Although, points for naming your label after particularly menstrual Angela Carter short story collection, and wearing a jacket in which the sleeves appear to have been replaced with bird wings.

Do you like sex? Mr Sebastien Tellier thinks it is really quite good. And, just to bring home the point, he has produced the aural equivalent of a winking seaside postcard. Perhaps one on which a plumptious belle has had her bloomers blown skyward on a particularly strong breeze. This, if we are to extend our metaphor (and we are, we are) is what I am going to start calling End Of The Pier Farce Pop, and it is liberally smeared with the sound of a lady having a gay old time and banging on about it a la ‘French Kiss’. At first I was all rather yeswhatevergetonwithit, but you do have to give it to old Sebastien, who has the sledgehammer audacity to begin his record with the lyrical signpost ‘over the top’ before singing about wanting you to get close to his ‘bah-dee’. As for remixes named after kitchen appliance brands (and I am not going to pretend there is any sort of sane sentence linkage going on here today), do push the button for the Moulinex remix, (free at RCRDLBL here, in which the sauce has been ramped up to eleven hundred, and it is all so silly you cannot help but succumb. Although I do wonder why it is always this particular brand of ladymoan - the classic US porn ohhhhhh - which ends up on records. Indeed, it occurred to me that what with the veritable symphony of sighs which make up a real, actual climax, someone is missing a trick by not recording an alternative exhortation in order to produce a new spin on the ‘idea’. Oddly, I think what I am saying is that this could be much, much ruder.

All really rather odd, this is, essentially, Vangelis’ Bladerunner feem toon with a tiny dash of the first time you received a Casio keyboard as a present and tried to pass off the demo tune as your own fingerwork. With the synth building blocks of ‘I Feel Love’ (though with a much more dischordant slant on its dizzying spaciness), one can imagine this being played between interstellar rounds on an alien Saturday night quiz show, where points might be awarded for how well contestants wiggle their antennae/how many black holes they can emerge from unscathed. B-side ‘Your Clapper’ is less strange, but more rewarding, it being a funk-driven affair which goes wibbly in the middle and breaks down into tropicalia drums at the end. Didn’t make me do kitchen dancing though.

Free download, released today (Or, er, yesterday. Sorry! - Slow Ed), ‘Buriedfed’ starts out a little like ‘A Boy Named Sue’ or Conor Oberst’s ‘At the Bottom of Everything’ (the bit where he is still doing the irritating talking intro but it is about to properly begin) – like those things, but if they were played at the wrong speed. All pathetic attempts to describe this record aside, Miles Benjamin Anthony Robinson – or M-Bar, as we shall call him for neatness, is also a little bit Bill Callaghan and a little bit Wilco, and – AIIEEE – even, The Jayhawks, what I loved when I was 16 but cannot be doing with now. With some bittersweet lyrics about making "someone else feel dirty instead" and not being able to "do anything right", this perfectly pleasant troubadooring gallops into a rather more majestic third quarter in which the soundscape blooms. But amidst the warmth of a finale which sees fiddles and layered vocals enter the mix, all I wanted to do was race to iTunes and listen to The Earlies’ ‘Wayward Song’ – for it seems to take these strumming notions rather further, and fulfil them in a much more satisfying way. Links: (MySpace)[http://www.myspace.com/milesbenjaminanthonyrobinson] and zshare free download link