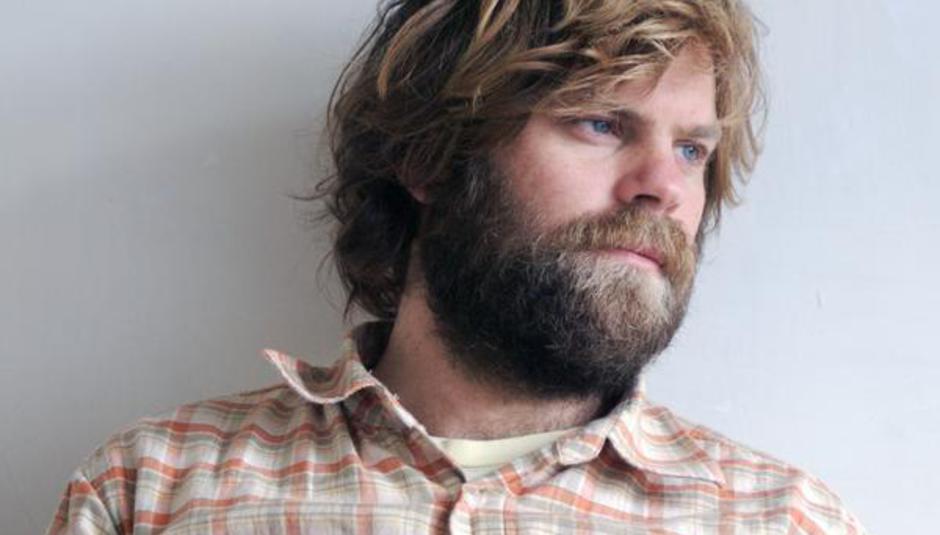 Neil Halstead really doesn't need any introduction. As one of the main songwriters in Slowdive he can can already claim credit for fronting one of the most inspirational UK combos of the past twenty years. After the end of Slowdive, Halstead then went on to form Mojave 3 with fellow Slowdive associates Rachel Goswell and Ian McCutcheon, revitalising the whole alt-country scene for a new audience in the process.

In between times he has also released a couple of solo albums, last year's Oh Mighty Engine receiving critical acclaim, some of which suggested it his most accomplished work in over a decade. This being Shoegaze week here on DiS, in the first of two interviews with founder members of the iconic Slowdive, we couldn't pass up on the opportunity to speak to the man himself about all things past, present and future...

DiS: You've been involved in the music business for twenty years. What is it that makes you want to keep on making music and what changes have you seen and experienced over the past couple of decades?

NH: I like making records and I'm not much good at anything else. I think one of the most exciting changes for me as music fan is just how much the internet has changed the way you access and find music; there is just so much out there.

As a founding member of Slowdive, did you ever think that you and your band would be held in such high esteem long after the band had ended?

I always thought we made good records, some better than others, but I think when we started the idea of anyone listening to our records this far down the road would have seemed pretty nuts..

Slowdive and certain other bands from that era tended to be labelled as "the scene that celebrates itself". How did that effect you and the band at the time and looking back, do you feel that the whole derogatory element of such monikers eventually romanticised the "shoegaze" scene as a musical genre?

I don't know...I think the British music press was a particularly singular and ruthless beast at that time. It would periodically eat it's young and move on. We most definitely got eaten. We were never very savvy or clever when it came to the business or press side of things so we just sort of watched it happen and carried on making the records .. load of nonsense really.

What are your fondest memories of your time in Slowdive, and also, what would you change about that period of your life if you had the chance all over again?

It was a lovely time really...I have very few bad memories. We were teenagers making records , going on tour , it would be hard not to have fun. I don't know if I would change anything. I was probably a bit of a twat but who isn't when they're 18?!

Souvlaki in particular is now seen as one of the definitive albums of the whole "shoegaze" genre; what were your intentions whilst creating the record and memories of that whole period in general?

We wanted to make a 'pop' record but it took a while to record. I remember going to start the record in a studio in Bath. Spiritulized had just been there and left a huge Scalextrix in the live room. I remember thinking this was the height of indulgence! Ironically we scrapped everything we recorded...we had to start the record again back in Oxfordshire. We should have just played with the Scalextrix for a month. Later on we worked with Brian Eno and it is still one of the most surreal stoned experiences of my life.

There were a lot of rumours circulating around the time that Creation Records and Slowdive parted company on the say so of a certain Noel Gallagher. Fact or fiction?

I have no idea if that rumour is true or not. I do know that Alan (McGee) didn't like Pygmalion. I think it fair to say he didn't understand it .... bands like Oasis were pretty far off our radar at that point.

Initially, Mojave 3 was seen as an extension of Slowdive minus a couple of members, yet the change in direction was quite drastic at the time, particularly in light of the musical zeitgeist then. Was that your deliberate intention or just a natural progression?

We wanted to make music with acoustic instruments. That was really the only "brief". We had all been so immersed in ambient, experimental, post-rock, early techno drum and bass where you spent most of your time deconstructing the music that there was, certainly for me, a need to reconnect with something more immediate.

Mojave 3's output has been quite sporadic over the years. Do you see it as a regular band or more as a collective of musicians coming together every so often as far as the recording and particularly live process goes?

A collective ...we have had a whole bunch of folks involved along the way and we have certainly never been particularly good at making a 'career' of it. .... does that make us a collective?

Are there any plans for future Mojave 3 recordings and if so, when are they mot likely to be?

There has been some talk..... the Mojave juggernaut may roll once more...

You've also combined your work in Mojave 3 with two solo albums, the most recent of which Oh Mighty Engine received numerous glowing reviews. What inspires you to write on your own rather than collaborating with other musicians and do you prefer the independence of working alone as opposed to being part of a collective?

I think sometimes it's fun to have your own project. The first solo record really just came out of having some recordings I'd done by myself that hadn't got used by Mojave. Oh Mighty Engine was more of a deliberate attempt to make a record and originally I just wanted it to be a guitar and vocal record...it didn't work really....but it was interesting to make a record really quickly and not go through the deliberation and editing process that inevitably happens when your working within a group. I think though the brilliant thing about working within a group is the comradeship and that moment when you are all inspired and excited about what your doing...those are always my favourite moments.

Do you see yourself as a solo artist for the forseeable future, or are you planning more collaborations with other artists?

There are a few things happening. I'm planning on doing a lot of recording over the summer, some of it collaborative some less so...ideally I just want to make a shitload of recordings.

What would you pinpoint as the defining moment of your career so far?

I'm really hoping that my career will not be defined by one moment.

What is your opinion of the current "shoegaze" revival and the fact Slowdive are seen as one of the main inspirations behind the whole scene?

I know nothing about it truthfully. It's great if Slowdive are influencing a new generation of musicians and I really should check it out.

Finally - and this is a collective question from many writers on DiS - would you ever consider reforming Slowdive in a similar vein to the way My Bloody Valentine and Swervedriver have got together recently?

I doubt it....I would really have to need some money!

For more information on Neil Halstead visit his MySpace

For a detailed history on Creation Records including Slowdive, visit this site.