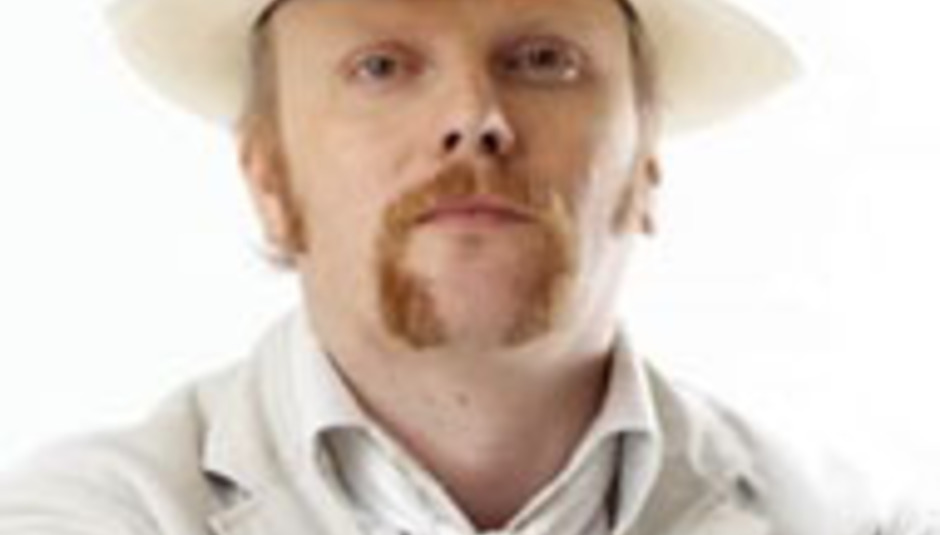 With his latter day vehicle Black Box Recorder making a rare – and sold-out – comeback appearance at The Luminaire in London this Wednesday (February 18), DiS spoke to Luke Haines about the reunion, his place in music today and recent book, Bad Vibes: Britpop And My Part In Its Downfall.

The latter is definitely recommended reading even for those without affection for the self-appointed Britpop pariah or the band with which he rose to notoriety, The Auteurs. Detailing Haines’s love/hate relationship with his band-mates, record companies, contemporaries, journalists and, perhaps most intriguingly, himself, throughout the approximate span of the Britpop era, Bad Vibes... is a rockography that sparkles with rare wit and self-awareness. Pick it up, unless you happen to be among a handful of musical luminaries Haines turns his at-times gloriously poisonous pen toward..

LH: It came about because a friend, Nick Sanderson from Earl Brutus, died last year. We took part in a gig to raise some money for his family, along with the [Jesus And] Mary Chain and British Sea Power. It was so easy for us to do we thought we should just do this again. The dust had kind of settled. Otherwise it was going to be a waste of a good thing.

Another of your projects outside The Auteurs was the Baader Meinhof album, based on the German terrorist faction. What did you think of the recent film, The Baader Meinhof Complex, which depicted the organisation?

It was pretty good. The director took a stance on it and stuck to that stance. It was quite like the way I saw it when I made the album; it deliberately made them out to be quite iconic. In a way, I was doing that deliberately with the album.

Let’s talk about Bad Vibes... Was it a lengthy writing process once you decided the book's timeframe?

It was a couple of months of writing for a couple of hours a day, putting myself into my 1990s frame of mind. It’s very much my frame of mind then, not now. It’s kind of like a diary of a madman.

Do you see yourself as a very different person now, then?

I’m not different, I’m just not as demented, for one reason or another. Probably because I’m no longer 25 and in a touring rock & roll band.

Were you tempted to pen a full autobiography?

No. It seemed a bit pompous. And I’m not dead – or almost dead – yet so, I thought I’d see how this worked first.

How much of an influence was revered author David Peace, whom you thank in Bad Vibes...?

I don’t really know what was an influence on my writing style, because other than writing a few short stories I’d never written anything of this length before. I was finding my way. I’ve read all of David’s stuff, he’s great, but I was thinking more of Klaus Kinski’s autobiography and the Spike Milligan books. It’s written as a comedy. And perhaps in a weird way, After Hours, the Scorsese film with Griffin Dunn; it reminded me a bit of that.

Throughout the book you settle things with both wit and fists, when most would do one or the other. Do you think that contributed to becoming a misunderstood character?

Ha ha. Maybe. When The Auteurs first started there was a misperception among the older sections of the music press that I was some sort of milksop. That was never really the case, although I wasn’t exactly a hard guy. I’m a fucking guy who writes songs and plays guitar; people who do that are generally not pub brawlers. But I don’t think I really hit many people. I usually missed and would hit walls. I’d be better off if I’d hit more people perhaps, they’re softer than walls.

Bad Vibes... plays up your messiah complex with a cocked eyebrow. When did your ego hit its peak?

About the second [Auteurs] album. That was the album that got toured the most; me and travelling a lot don’t really mix well. The combination of those things and seeing my position slipping down the polls as it were was the point where I probably became a monster. But in a weird way I think my ego was warped enough to enjoy all that.

Have you been in contact with any of the people who get the rough end of your tongue since the book was published?

No. The only contact I’ve had is with the people I’m fairly nice about. But I kind of come out of it worse, mainly, than anyone else.

How do you look back on the Britpop era now?

Oh I think it was a fairly crap period for British music. Pulp made good records during that time and there were probably people that weren’t anything to do with Britpop, English bands, that made some good records. Other than that, the whole Britpop thing killed that eccentricity in music for quite a long time. And maybe it still does, I don’t know.

Do you still feel the outsider looking in mentality?

Absolutely. I think that’s a good thing. I have the self-realisation to know and not give a damn about my position in the whole music scene. If indeed I have one, which I’m not sure I do. It’s quite good making records at the age of 41 and not caring at all about any of these things. My contemporaries are either stratospherically successful – Radiohead, Blur, Oasis even – and then there are other contemporaries that don’t even make records anymore. So I don’t have to worry. I don’t worry about all the 20-year-old bands; they’re not my concern. And I can’t say anything bad about them because I don’t know who they are! I can’t slag them off, I’d sound like an awful bully if I started slagging 20-year-olds. So, yeah, I quite like my position.

So there aren’t any newer bands you feel any kinship with?

Are there plans for a Bad Vibes... sequel?

Yeah possibly. It could happen.

What period would that cover?

Dunno. Could be before, could be after. I may have to set it in the future. Ha ha.

Looking back on the period of Bad Vibes... is there anything you would have done differently in retrospect?

No. No regrets. I wouldn’t want to go through it again, but I’d probably do it in exactly the same way.

And what does the future hold?

Should we expect to hear more from The Black Arts (Black Box Recorder’s collaboration with Art Brut that spawned a Christmas single in 2007)?

Ah, you never know. I don’t know. The Black Arts could do some damage at any time. We were going to primarily be a novelty group, so if we did anything it would possibly be an Easter single. Or even a Thanksgiving single. Eddie [Argos, Art Brut leader] is quite big in America, so maybe we should do that.

The Rest Is Noise: Listening to the 2...