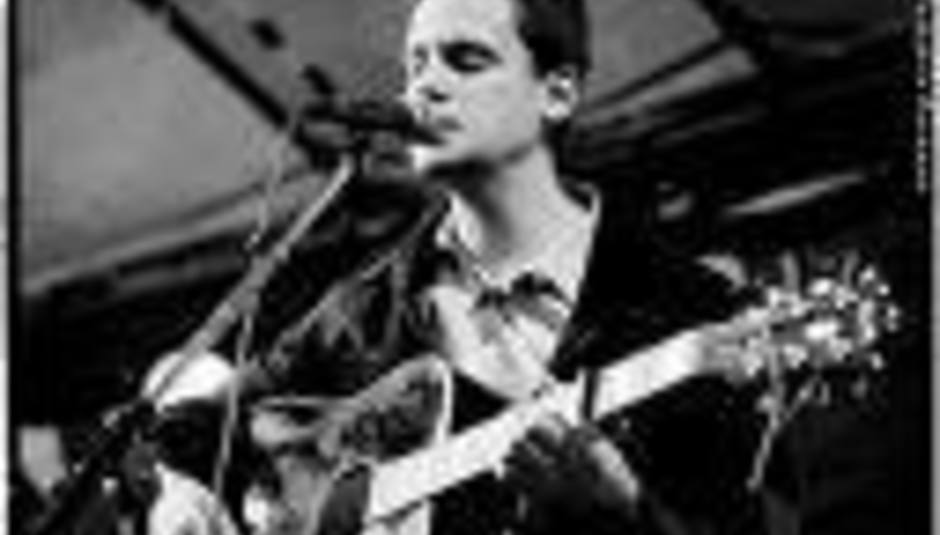 Fourteen minutes and thirty-two seconds of complete immersion in sound – yet the shortest fourteen minutes and thirty-two seconds that have ever passed this writer by. Moving slightly away from the otherwise stifling, intensely personal nature of the slowcore movement, Mark Kozelek’s Sun Kil Moon persona offers an expansive yet opaque bridge towards post-rock via lingering percussion, resounding bridges and impenetrably dense atmospherics.

‘Duk Koo Kim’, from Ghosts Of The Great Highway, is based around the tragedy of the South Korean boxer who died four days after taking on rival Mancini in a Vegas fight. Prior to the fight, he’d only once fought outside his homeland. The fight capitulated in a series of 39 straight punches, Kim on the floor helpless. He died four days later in hospital.

In Sun Kil Moon’s magnum opus, the death of Duk Koo Kim is related back to the transience of life and eventually, the fact that we’re all mortal beings; heroism is pitted against fallibility through a microscope. It’s an infinite series of contrasts, and the length and textures of the piece so cleverly take on the character of Kozelek’s mind. Set three-quarters of the way through the album, the persistence of the downbeat symbolises the whole ‘never giving up’ ethos behind ‘Duk Koo Kim’. The length of ‘Duk Koo Kim’ in comparison with the rest of the offerings on Ghosts enacts the aphorism to live for the moment, realizing your human limitations only through an enforced vulnerability.

Sonically, this is likely the slowest, quietest exposure of emotion you’ll ever hear. Quixotic and constantly urging itself on, you can take each minute on its own terms – only the broadly-focused ruminations run solidly throughout. The melodies delay their surrender, at the same time forcing their existences onwards. Never remaining in the same place for longer than their own lives, they’re allowed the space and time to resonate before morphing into something related. They find a place within the new layers added with every second resonation.

It’s a lyrical journey so understated and affecting that it’s induced tears of dismay/ despair/ disillusion/ self-realization in this writer and probably hundreds of others. “I saw a typhoon coming in close,” Kozelek almost cries; “I knew there I'd die alone/with no one to reach to” is next. And never has a feeling been so carefully constructed and portrayed than in the words “you never know what day could pick you baby/ out of the air, out of nowhere”.

The way Kozelek channels pain into something this sonically beautiful is incomparable; it’s the soul of his soul. The ringing guitars at about the eight minute mark are inspirational, even life-changing. They’re the moment you realise the lack of gaps between this and your own emotional composition.

This failure to give-in – just like the boxer, helplessly lying on the floor - is dressed up in a synthesis of chords, building up to the astounding cathartic multi-track guitar work at the end. And that moment is the realisation of Kozelek’s ingenuity, never failing to throw itself insistently, ruthlessly, against the listener’s senses like a persistent fireball of a voice inside your head.

It can be warm, autumnal or stark and wintry; escapist or head-on "deal with it". ‘Duk Koo Kim’ is an ultimately awe-inspiring chunk of positivism, about realising your own failures and making the most of the time ahead. Through the joy of space and time, the ringing-out of each chord, the building-up of each layer, ‘Duk Koo Kim’ takes you on a boundless journey of self-realization. Right here is the meaning of soul, and everything else just feels like a parasite.