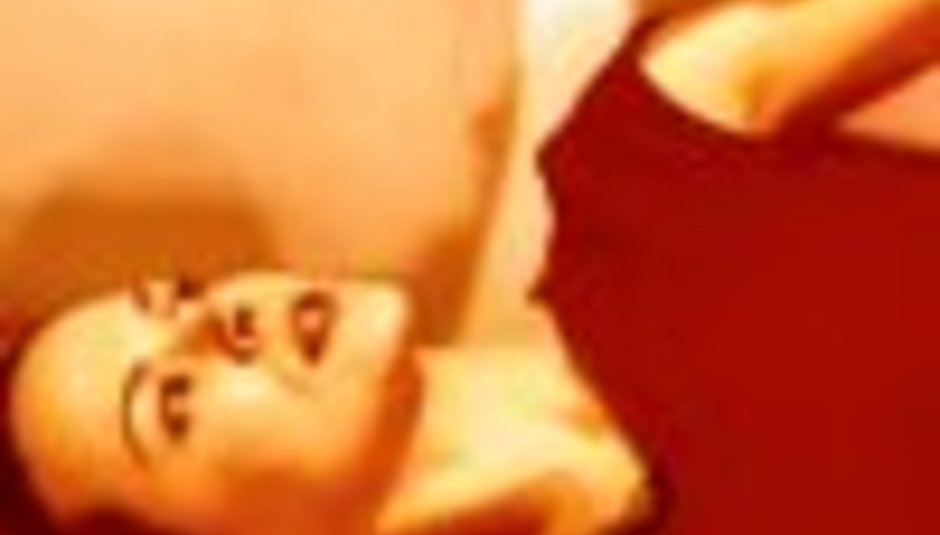 by Sara Lovejoy May 7th, 2002
On a cold and blustery Monday morning, I find myself sitting in a hotel bar, opposite Gemma Hayes. I ask her a whole load of inane questions that she’s probably heard a hundred times before, and she kindly answers them by, pouring honey into the tape recorder sitting between us.

‘Stop the wheel’, a b-side on your new single ‘Hanging around’ has a line that I found interesting. Some people make me nervous. The ones that stop scaring the hell out of themselves. How did that line come about?

Sometimes you come across people who don’t test themselves. They don’t challenge themselves with anything. The whole thing is that I don’t know how somebody can learn or grow, if they don’t do things that they’re scared of, and then lose or win and learn from it and move on and keep testing themselves. They’d never move; they’d never do anything. How are they supposed to grow?

The songs on your album ‘Night on my side’, are obviously really personal. Is it hard standing in front of a crowd and singing something that is so close to your heart?

I get really nervous before gigs. I’ve never not gotten nervous. Having to get up on stage and do that every single time. But I love it too. I love it when the audience react to it and they get something from it, for me that is the ultimate feeling. I think, ya know ‘ I’m absolutely going out on a limb here and it’s working.’

You didn’t seem nervous when I saw you play recently, at 93 Feet East, you seemed really confident.

Oh no. I was really nervous. That was a tough gig actually.

There was so much noise coming from the bar. That really annoys me; it must really piss you off.

You kinda get used to it. I’ve been gigging for about six years and I’ve learnt not to depend on the audience. Like you depend on the room for feedback and all that stuff but, but you have to be able to get up there and play as some sort of unit, you have to have some sort of defence. But yeah it does piss me off.

Rufus wainright. Did you tour with him?

No I did one show with him.

He was very quiet, very much to himself. His music is beautiful. I don’t have his album and some of his music isn’t my cup of tea, but I can see the talent in it, and I can see how good it is. But some of his songs just blew me away.

I had a really good time touring with Sparklehorse.They were probably the best of the people that I’ve toured with. It was amazing. I’m really a big fan of there’s and I was really nervous, but they were so nice. Mark Linkus got me on stage to sing ‘Home coming queen’ with him most gigs, and that was really cool.

When I listen to an album, or read a book even, I always wonder what makes a person put it all out there. What is it that an artist or a musician wants the audience to get from it?

You worked in a launderette for a while. Did you find that the blandness helped you to write?

Yeah definitely. For me to write a song, I have to get really bored and pissed off with the guitar. I sit in the room and do nothing for days, and I get angry with it even, and eventually I’ll pick it up, because I’m so bored, and start strumming little things. The launderette didn’t inspire me by any means. Some people ask me if it did, but really no, dirty shirts and laundry don’t inspire me at all.

It is the boredom, isn’t it? That’s the thing that I got from the album. Almost like being caught in a box, wanting to stretch your legs. Is that intended?

It’s strange. It’s my first album and all of this is new to me. I notice that you start working on the songs and they do take on a life of their own. There are little moments in songs that I didn’t mean to make. Little things that happened, or a mood that will come across and I think ‘well they’re just cords’ and you put them down and record it in a really warm way, this thing comes off it, and sometimes it’s intentional and sometimes its total accident.

How have you found the press so far?

It’s been ok. But it slightly frustrates me that when I pick up an acoustic guitar I’m Jewel meets Suzanne Vega. When I pick up an electric guitar I must only want to be PJ Harvey. I had an interview with a guy, who was constantly asking if I played the guitar on the album. He could not get his head round the fact that I could actually play the guitar. He thought that maybe Dave Fridman played it on the album, but ya know Dave doesn’t play guitar.

Yeah, after listening to ‘The Soft Bulletin’ by The Flaming Lips, which Dave produced, which is a bloody gorgeous album, I just decided that I was going to ring that guy.

Is that what you did?

I told my record label, Source that I wanted to work with Dave Fridman. But they told me he was too far away, too alternative and that my music is too mainstream. They wouldn’t send him my demo so I got his address and I sent him a letter and a tape. Three or four days later he called me and asked when I could come over to America. It was amazing.

I asked loads of kids where I work for some questions and these are what they came up with. What’s your favourite smell?

My mother makes these scones. I don’t go home very often, maybe every few months, and when I do I get her to make them so when I walk in the door I get the smell and it’s quite homely. Things like cut grass. I’ll tell you what I really like though. The smell of smoke on clothes.

Yeah.I also love the smell of diesel or petrol. I remember I was getting into an old car when I was smaller, and the smell, I think it was diesel in the car.

Have you ever stolen anything?

Yes. When I was younger, about 15, I stole a pair of jeans from a shop. I went in with a really long skirt on, took loads of things into the changing room and put the jeans on underneath the skirt, and then I left the shop. I remember running down this alleyway, and the adrenalin rush was amazing.

If your career was going nowhere, would you ever resort to going on Pop idol?

If you were really desperate?

NO. When I was 17 there was this guy who signed Boyzone and other boy and girl groups in Dublin. He kept hounding me to join this girl group. I was like ‘no, you want me to dance and I won’t be able to play my guitar. That’s not what I’m into’. He kept telling me that I’d be famous and really rich. But it just wasn’t what I wanted to do, its not what I’m about. He thought I was insane, and he actually put the girl group out and they absolutely flopped.