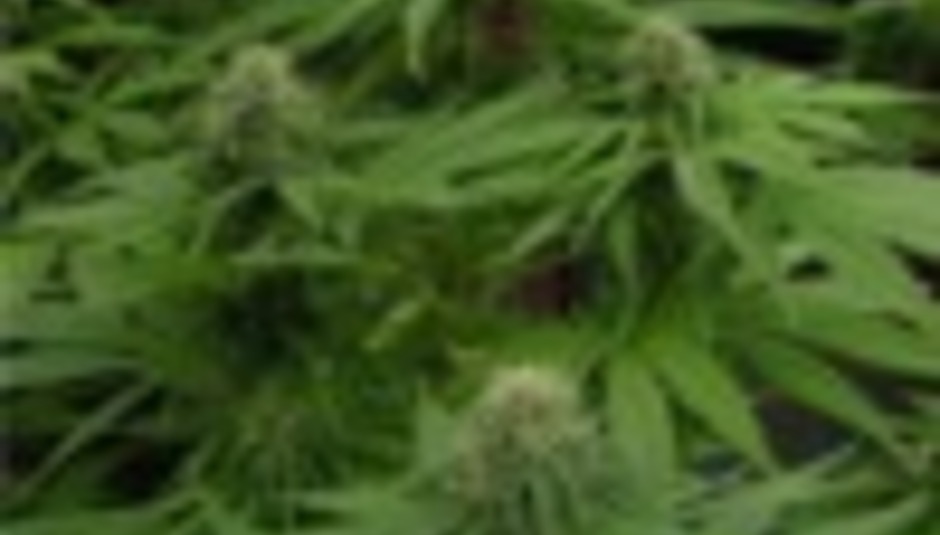 Have a Toke And a Smile- a War on drugs?

Have a Toke And a Smile- a War on drugs?

by Graham Reed May 6th, 2002
On October 23rd 2001 , Home Secretary David Blunkett announced his intention to reclassify cannabis from a Class B to Class C drug. Possession became a non-arrestable offence, and whilst attempting to say that this is different from decriminalisation, he explained: "Cannabis would remain a controlled drug and using it a criminal offence." . This is far from the holy grail pro-cannabis campaigners have been after, but instead can be seen as an example of the 'third way' (between legalisation and total prohibition) the government has been seeking for a long time. It's a far cry from 1997, when it was reported that the Home Office was considering the Possession of cannabis seeds illegal.(1)

It is estimated that 3 million Britons skin up every weekend - and that trade in the UK was worth £3.5 billion in 1997 - or 800 tonnes a year. Make no mistake, this is big business; if it was taxed at the same rate as tobacco, it would net the government £2.7 billion per year . (2)

But the cost to the police force for enforcing these laws is hugely time-consuming and expensive. The average arrest and caution takes 3 hours to process the paperwork for, and with decreasing effectiveness; Fines have dropped from almost 60% to just over 20%. Of convictions. Two thirds of all drug offences are for cannabis possession; which was roughly up some 86,000 cases in 1997.If each of these takes up 3 hours of time (at miminum), imagine how much time and money that would save the police each year. As in the words of Sir John Stevens, the Metropolitan police commissioner: "Reclassification could reduce the time spent by officers dealing with such offenders, enabling them to concentrate on tackling more serious crimes such as street robbery". So the reclassification of this neatly dovetails into the Blair's curent focus (obsession?) on street crime...

It is little coincidence that this has been announced in the aftermath of September 11th, with the majority of press coverage focused on the military situation in the Middle East. When Jo Moore, a special adviser to the transport secretary, claimed in her now infamous email on the day the World Trade Centre towers collapsed that it was a very good time to "bury" bad news, she was only speaking an obvious (but grossly insensitive) truth . When media attention was elsewhere, and with a wave of public support behind the Home Secretary's decision to reclassify cannabis, it would certainly be seen as a bad move for the Opposition to criticise the government, especially in a war footing. But there again, as Kevin Williamson (author of "Drugs and the Party line") pointed out "(It)..was never going to happen under the Conservatives. They made too much money out of the breweries to legalise cannabis" .(For example, Scottish & Newcastle breweries returned a gross of £3.3 billion, in 1997). After all, with the drop of brewery profits at the turn of the 90's due to the acid house boom and the widespread use of Ecstasy at unlicensed raves, the Conservatives clamped down on that movement in order to safeguard business interests and ensure that brewery profits returned to their previous level(3). Could we expect anything different under a Conservative government if it were in power today? Somehow, I doubt it.

The whole idea of making nature herself illegal is one of the keystones of pro-cannabis campaigners. The demonisation of cannabis has, for a long time, been a key part of government policy in the justification of the war against drugs, which has been fundamental to the funding of the intelligence, surveillance and defence industries since the collapse of the USSR in 1990; and this is a global war. In the US alone, defence budgets rose by 15% every year in the 90's.

After Cannabis was introduced to common usage in western culture by immigrants fleeing revolution in Mexico in 1910, In 1937 the Treasury introduced the Federal marijuana bill while under pressure from Dupont munitions company, who by seeking a monopoly on manufacture of man-made fibres, sought to outlaw the growing of hemp (which is adaptable for many purposes from clothing to papyrus) for any purpose whatsoever; therefore eliminating the competition from the most common natural fibre at the time. Dupont incidentally is now the single largest manufacturer of man made fibres.

Also in 1937, the propaganda war began when FBI narcotics chief Harry J Anslinger (brother in law of owner of the mellon bank, who owned Dupont, incidentally enough) published "Marijuana, The Assassin Of Youth" which stated: "It may cause criminal manical acts. Small quantities can destroy the willpower and ability to connect and control thoughts an actions, thus releasing ALL vicious inhibition" . Before long, this was exploited with trashypulp novels with titles like "Marijuana Girl - she traded her body for drugs and kicks!" which simultaneously provided tabloid entertainment and served as a warning to the US.

Such a disinformation campaign has continued until this very day, perpetuating the myth that the use of marijuana automatically acts as a doorstep to the use of harder, Class A substances such as Heroin, an assumption not borne out by statistics. For example, According to in Holland,the heroin addiction rate is one-eighth that of the US, and the murder rate is 1.8 per 100,000 population, compared to 8.2 in the US. Given the laxity of marihuana laws in Holland, where a system of legalised cafés sell Cannabis, one would expect these figures to be the other way around if the myth we have been told for years were true.

Simultaneously, medical reports, which show that cannabis is safer than alcohol or tobacco have been suppressed; such as the World Health Organization's first report on Cannabis abuse in 15 years in 1998, which was ditched courtesy of external advisers to the WHO believed to be from the US International Drug Control Program (5).Similarly in Feb 2000, a Spanish medical team in Madrid discovered that the active chemical in Marijuana, tetrahydrocannibol (THC) destroys tumours in Lab Rats , and a study in Virginia in 1974 reached the same conclusion (6); news that was never reprinted,but instead suppressed. 9 years later, in 1983, the Reagan administration pressured US universities and researchers to physically destroy all cannabis research work papers and documents done between 1966-76.What was so dangerous that it required such suppression?

In 1976, President Ford put an end of all public cannabis research, and granted exclusive research rights to major pharmaceutical companies. These companies have invested millions in research, and Philip Morris (one of the worlds leading tobacco companies) even patented the brand name "Marley" for cannabis cigarettes, whose formula it also patented, in 1993.Incidentally, Philip Morris has been looking at getting away from the public identification of the company with tobacco (as embodied in the film "the insider" which revealed how Philip Morris suppressed research showing the dangers of tobacco) by changing its name to something less corporate, more friendly productive...like say, ALTRIA.

Combine these patents with the wording of the legislation of the GATS (Global Agreement on Trade in Service) ratified at the recent WTO meetings, whereby (as Maude Barlow of the Ecologist wrote): "The intellectual property provisions...treat knowledge as a commodity and as the exclusive property of the company that takes a patent or holds a copyright" And it looks like people around the world could be prosecuted for growing naturally occuring hemp seeds; which may sound ludicrous, but indeed, is entirely legal under genetic engineering patents that allows private organisations to patent that which occurs naturally.

If pro-cannabis campaigners rail against prohibition with the rallying cry that it makes nature itself illegal, then this course of action will have an identical effect - and most campaigners won't even notice it. With the reclassification of cannabis, in the UK at least, the first step has been made towards being able to ensure that these millions in research are not wasted, and that big business interests are served, much as they were when the Conservative governments cracked down on raves in the early 1990's to protect brewery profits, when the FBI outlawed Hemp in 1937 to serve vested interests. One Labour MP in 1997, even predicted that "It will happen in 2003, half-way though the second term of a Labour government". (7), which turned out to eb a worrying accurate and oddly propehtic statement.

Keith Halliwell, later to be appointed the Drugs "czar" under Tony Blair, stated in 1994 that "We have lost the war..Current policy has not stopped young people turning to drugs." .Though it seems obvious to state it, the war against drugs cannot be won as long as the demand exists. Much like how Alcohol Prohibition in the US in the 20's lead to an increase in alcohol usage, and the outlawing of heroin in the UK in 1967 lead to an increase of Heroin addicts, it seems that prohibition in this country, and the US, has only had the effect of leading to higher drugs usage, by lending drugs an anti-establishment, rebellious cool that cannot be bought.

The current government seems to have decided the best way forward is to slowly decriminalise cannabis. It may only be a matter of time, given the large amount of support within the police community for its legalisation .If followed through to complete legalisation, big business interests will profit and tax revenues will rise by billions. With those billions raised, the government could in theory, use it to slash income tax, essentially bribing the electorate with drug money. If that isn't ironic, what is?

Well try this: in America, the Bush Administration recently spent $3 million on adverts in the middle of the superbowl that stated - “Where do terrorists get their money?” The answer: “If you buy drugs, some of it might come from you.” Drug users are portrayed as terrorist financiers. Oddly enough if drugs were legalised and taxes collected, then that money would no doubt be used to fund military operations, both overt (like the war in Afghanistan) and covert (the American sponsorship of the Taliban in the 1980's to force soviet wthdrawl from Afghanistan): the latter would be classified as insurrection,as terrorism. Now that truly is Ironic..not to mention totally hypocritical.Either way, drugs fund terrorism, whether legally via taxes or illegally, as the Bush Administration would have you believe.

It makes me wonder who really will benefit from this current liberalisation of the law; you - the casual drug user? or big business? Once again, it seems like Tony Blair is appeasing big business in a way even the conservatives would have thought unthinkable. In the meantime, have a Toke and a smile.