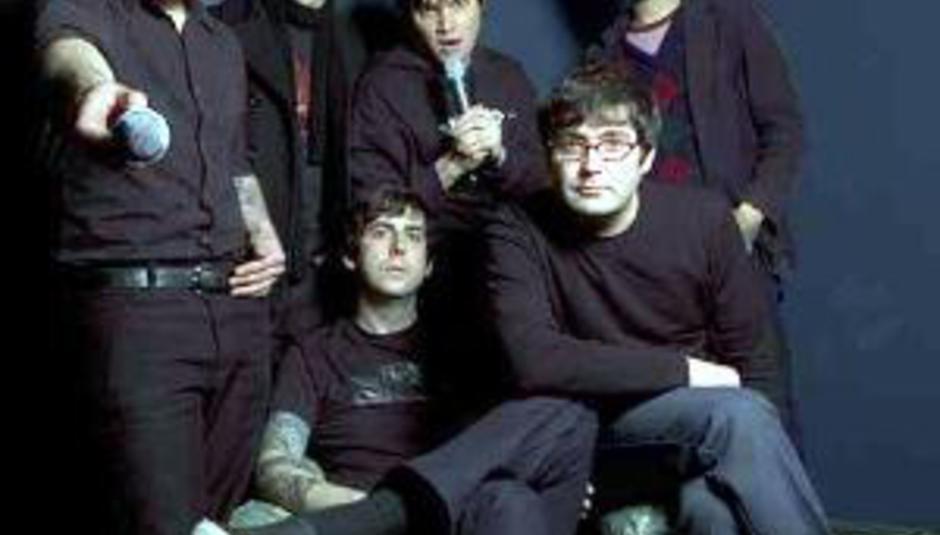 Trail of Dead talk evolution and misfortune ahead of new LP

Trail of Dead talk evolution and misfortune ahead of new LP

As …And You Will Know Us By The Trail Of Dead sit in their studio delicately piecing together their sixth album, and deciding what its preceding EP will sound like, frontman Conrad Keeley (the group is completed by Kevin Allen, Aaron Ford, Clay Morris, Jay Phillips and Jason Reece) takes time out to have a word with DiS.

Before you started work on the new album how did you see Trail of Dead’s sound evolving after your last LP, So Divided (review)?

Evolution, maturation: these aren’t necessarily conscious acts. They happen organically, or at least should, and therefore you don’t always notice it. With us I think it happened live, when we were playing our old songs, but trying out new ways to make them interesting. It started with improvising with our old drummer Doni, then continued with our current drummer Aaron. I don’t even know if I managed to address this evolution properly on the new record, but I hope I did to some degree.

Do you feel the band is moving in a new direction?

I don’t think we’ve ever taken on new directions – I’ve always seen everything we do as simply extensions of what we originally intended to do with the band when we started. I think people who don’t see our records as logical progressions had a different idea of what we were going for in the first place. If anything, our last record So Divided fell slightly out of step, but that had mainly to do with the fact that we weren’t trying to make a great record – we were just going through the motions, because we were fed up with our label. Despite what happened behind the scenes on that record, I’m amazed how well it came out.

Trail of Dead are an act many DiS readers will have followed for some time (true story – Ed) – can you explain what’s behind the new record and what we can expect?

Musically there were a number of new influences that inspired me while I was writing, bands like Yeasayer, Fleet Foxes, and Dirty Projectors. None of these bands are making ‘rock’ music, per se, but then I haven’t heard a particularly inspiring rock album in ages. If you know of one, please tell me. As always, there’s a lot of pain and frustration behind any given record, mainly from the recording process itself. I was playing with a lot of themes in the songs – youth and aging, theology and spirituality, childhood and memory. Unfortunately, I missed most of the important topics, like sex, drugs and rock and roll.

Is there a title for the new album yet?

No, we usually wait to name the album at the very last minute.

You’ve run into some problems what with your producer leaving right at the last minute – this doesn’t mean it’s cursed or something, does it?

We are no strangers to curses and misfortune, and we’ve learned to take them in stride. If anything, it was a blessing. I think we needed to work with people who still believed in the future of music, and had not given up on their lives and the world.

How do you overcome obstacles like a producer leaving?

I don’t see that as too massive a problem. Like all of our problems, I try to look at the big picture, and realise that what we are doing is fairly insignificant. If we were trying to rebuild Iraq, or relieve earthquake victims in remote parts of China, I might be concerned. But we’re not: we’re just recording rock music. It’s hardly worth getting upset over._

I hear you’re planning to release an EP to precede the new album. Can you give any details about that?

I don’t yet know what’s going on the EP, I think I’m still writing it.

It seems you never stop working – when you’re not writing music you’re doodling. What do you do to relax?

To relax I usually like to bike really fast, run really fast, climb a mountain, get on a jet ski, or do something dangerous that might kill me.

The new album will be released through your new label, Richter Scale (news). Are you excited about the prospect of putting out your own music, and music you enjoy?

What could be more exciting! Yes, indeed. But all this is timely, the way I see it. Many bands are starting their own labels and imprints. With the changes taking place in the industry it seems to make a lot more sense. We came onto the majors because we wanted to; I had a romance-fuelled idea of what that meant, based on the history of bands I grew up admiring, I wanted to be like them. It was hard for me to face up to the fact that it will never be like the ‘60s and ‘70s, the days of stadium and arena rock is past, and we are living in a time where rock has taken a back seat to urban music and pop music, and a lot of things that aren’t even music. In a way, facing the reality of it was a lot more difficult than making a decision to be in control of what we do have.

What’s it like partnering up with Universal again though, considering you parted company last year?

It wasn’t really that messy, we actually got off quite easily. Imagine all those stories you hear about bands whose albums got shelved, or who lost control of their catalogue. In so many ways we’ve been lucky, and as I see it we continue to be.

Expect Trail of Dead’s sixth album to land in stores in early 2009, with an EP of new material expected beforehand. Watch video diaries of the band’s studio sessions at their official website, here. Find them on MySpace here. 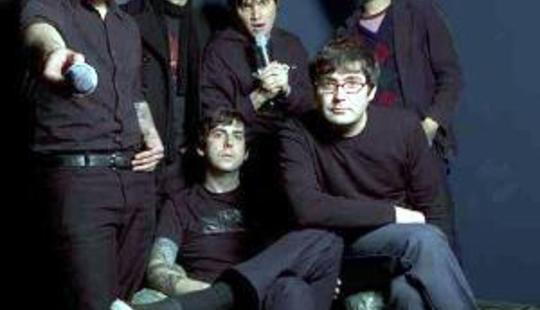