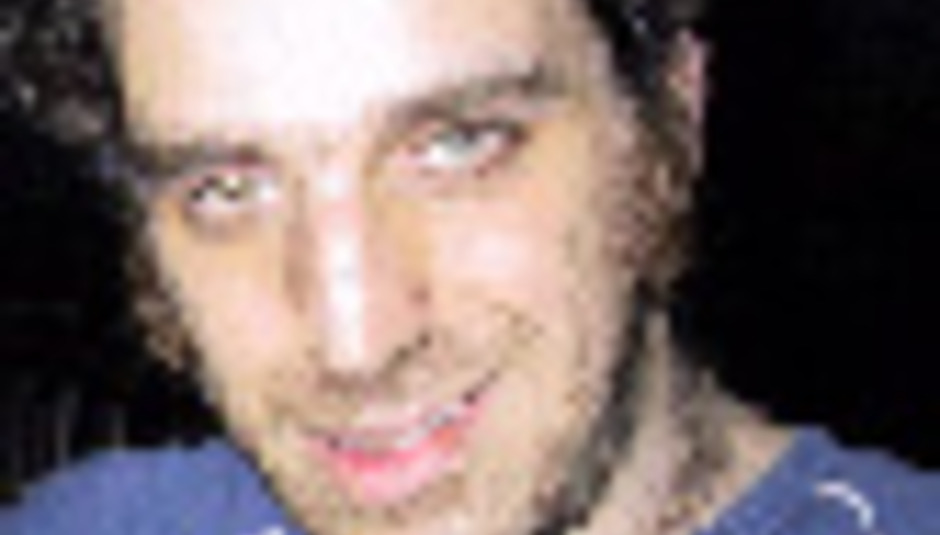 by Christopher Lloyd April 24th, 2002
30 year Jason Beck first tasted fame as the lead vocalist in a Canadian rock band Son. Disillusioned with the music industry, he eventually split from the band and started recording under the alias Gonzales. Thus a star was born. Signed to cool German label Kitty-Yo, he recorded an astonishing debut album Gonzales uber Alles, followed up with and EP with labelmate Peaches, and a hip hop pop album The Entertainist with some members of the Digital Hardcore community. Gonzales’ star was rising, but it’s his new album Presidential Suite that is going to see Jason Beck’s alter ego go huge.

When I told my friend I had to see Gonzales, she replied, “Oh I love them” Is it a case of there being certain aspects that make ‘Gonzales’?

Maybe she means Gonzales and his ego, or Gonzales the seventies group who had the hit ‘I haven’t stopped dancing yet’. Maybe she thought you’d be going to a little retro disco night, but the only thing I think I have in common with that Gonzales by the way, is that I think they have six costume changes in their set, whereas I have five, so It’s quite close!

Do you aim to beat them at some point?

I think I’ll overtake them soon yeah, I’ll get some stuff commissioned that’ll really push the ante up!

You proclaim that you’re in a popularity contest. If this is the case, how do you aim to win?

I would like to have the best illusion, I think that that’s the best thing you can count on for long term popularity, as it’s the illusion that keeps people coming back to check what’s going on, I think Andy Kaufman, his popularity has grown very very slowly, from the time he was alive and even beyond his death, to the point where they made a movie about him, it’s because his illusion was so advanced that he was able to go really slow. I have a really long-term view of all this and I’m just trying to give people a taste of my illusion, you know? Most of my time is spent trying to get the illusion convincing for myself. Of course when it comes to a show I try to do the illusion for others as well, as well as try to keep the illusion in my private life as much as I can. It doesn’t mean I act like a star, but it does mean that I act like Gonzales, and to me Gonzales is a slightly edited version of myself. It’s all the entertaining parts of me.

Can you turn the Gonzales part of you off, or do you fall into the classic method actor scenario, where you’re always in character?

No, It’s level of focus, very much like an athlete. When an athlete is doing his race or his boxing match, It’s like an ape that’s displaying to the rest of the apes. The Alpha ape!!, and when I’m doing a show its definitely a case of being the alpha ape. But at other times, I still do some quiet things, like compose at the piano, do interviews where I’m semi-training, so I just try to stay in training as much as possible. As levels of focus I definitely don’t turn off Gonzales at any point. It depends if it’s a concert or brainstorming or maybe rapping with some friends.

Andy Kaufman is an obvious influence, and you mentioned his slow progression into fame, How would you cope if your career didn’t got he Kaufman route, and all of a sudden your popularity just went mega huge, really fast.

I think my illusion is rigged to be long term, so if there’s short term burst here and there it’s not really going to affect it. I’ve counted on some short term bursts and I’ve had them, I have on a small scale, with all those magazines jumping on a particular single, and it definitely helps with my illusion and I’m really grateful for it and so far at the moment I can do with it. If suddenly it was a much bigger force it would be like….ok, it’d be like you were Rocky, all of a sudden you’re called up to fight one of the greatest fighters, the guy Carl Weathers played, and that was very sudden for Rocky, he was down on his luck and basically he was picked out of a picture book by this black boxer who had his little idea of fighting Rocky, and that could easily happen to me but I could also easily stay on this level and be a bit of a lightweight champ, permanently preaching to the converted. I don’t know what kind of boxing career is ahead of me!

If you liken your situation to that of a boxers, is there anyone you class as competition out there?

There are a lot of people I contacted with the aim of basically doing a kind of media boxing you know? A kind of collaboration that didn’t involve making beats or appearing on each others music, but just something a bit more advanced, I tried with Alec Empire and Jarvis Cocker.

Jarvis Cocker is a fan of yours

What would you do if you weren’t a musician?

It’s hard to say, I’ve been playing the piano as long as I can remember, maybe four or five, combining it with making people laugh, I think it’s the ONLY thing I can do at the moment, I have no other choice. For me music is my biggest super-power so it’s the best chance I have to make entertainment with it, you know, Andy Kaufman had comedy, Sun-Ra had ensemble Jazz as his superpower, my superpower is mostly songwriting piano playing, some clever wordplay and lyrics, it’s all I’ve got! If I knew how to tap dance I’d tap dance, and if I knew how to Juggle, I’d Juggle too! but for the moment I’m concentrating on the piano.

You claim to have three testicles, three is the magic number, so are your balls magic, how do you spread your magic?

I’d should clarify that the third ball

Gonad is my favourite word for it!

Ok, Gonad, if you will!, is not functioning, it doesn’t have the life force inside of it. Have you seen someone with a third nipple?

Well it’s like half nipples as they don’t look like a real nipple, more like a combination of a birth mark and a nipple, I have an extra sack with nothing inside, that’s my third testicle, and it’s definitely not bullshit! It’s a non-functioning testicle, so it doesn’t spread its magic in any way! I have two working balls like most normal healthy males, and a third extra sack, I can’t explain it!!